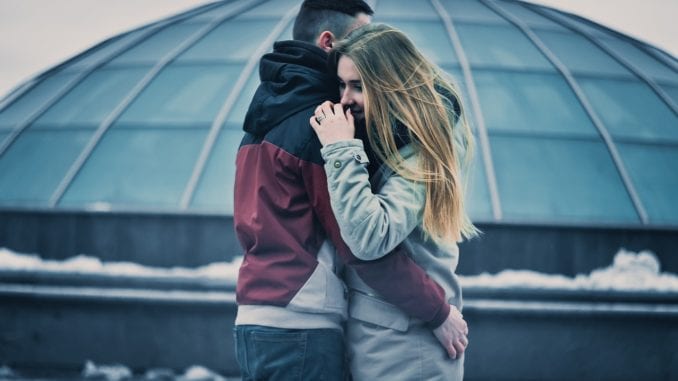 Women pick up subtle cues about your suitability as a mate from your body smell. It’s just part of nature.

I struggled with finding the right cologne and even after I found one that I liked, I often over-applied it. Some days, I smelled alright and other days I didn’t get the mix just right. It was frustrating so I just gave up on fragrances for a while. Ironically, the ladies gave up on me.

You see, your odor is a huge factor in determining whether women will find you desirable. Men tend to have a very polarizing sense of smell. Either something smells good or it smells bad. Whereas women tend to have a more nuanced olfactory system. Their sense of smell is one of the greatest senses of perception when women pick a potential mate.

Both men and women use their senses to help them select mates. Men rely more on sight while women depend more on their sense of smell. There are a few scientific studies that explored this topic in depth.

What’s the Science on Smelling Good?

In 2008, a team of sociologists published the findings of their study in the journal Personality and Individual Differences. The study was conducted with the participation of 717 students from Europe, both males and females. They were given a survey that asked them to explain which senses were more important when selecting different things such as – their next meal, flowers, sexual arousal, and potential mates.

For women, their sense of smell was the most important factor in choosing a lover. Also, more women than men reported that cologne or perfume generated a sense of arousal in non-sexual situations. They rated body odor as the second highest factor in arousal during sexual encounters, second only to their sense of touch.

It’s quite obvious that how you smell is important to the opposite sex. It can help a woman determine whether or not she’s willing to consider you as a potential mate and even plays a role in her state of arousal.

How you smell can also affect how your visual appearance is perceived. If you smell bad, people will tend to find you less attractive visually, as well. If you smell good, then people are more likely to find you visually appealing.

It’s a bit of a trick that your senses play on the brain. There was a small study conducted at Oxford University in 2007 that put this trick to the test. The results were published in Chemical Senses.

Related: Is Missoni Cologne Worth The Money?

The researchers found that an unpleasant smell such as rubber or bad body odor actually made the men in the photos seem less attractive, even the ones who were previously rated as being highly attractive. Also, the neutral or pleasant odors didn’t affect the women’s perception of the men as being more attractive.

So, according to this study, if you smell bad, then women will most likely find you less desirable even if you have an attractive face. That’s just another reason to keep a clean, fresh air about you always. That’s baseline, but wearing cologne, body lotion or a scented after shave balm can enhance your level of attraction. 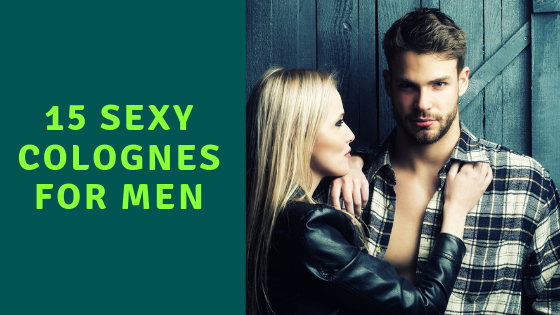 Determining the Right Fragrance for Your Body

The purpose of wearing fragrances is not to cover up your natural body odor. It’s not a concealer. The right amount of fragrance will complement your natural body smell. It’s all about the blend. When you shop for fragrances with this in mind, then you have a better chance of finding one that makes you more attractive.

Related: Outlaw Cologne Review – Does It Vibe Out Rugged And Manly?

So how do you find a fragrance that’s right for you?

That’s a matter of personal choice and one that seems to benefit from your very own sense of smell. It’s best not to have someone else select a cologne or perfume for you. Don’t buy a cologne because it’s popular either. When you smell a fragrance and it smells good to you, then that is probably the one you should choose.

There are many different types of scent notes. There’s fruity, musky, woodsy, floral, and fresh. The list goes on, but these are the main types. Heterosexual women tend to prefer scents that are different to their own. So, if a woman tends to wear fruity perfume, then she will most likely respond favorably to a man’s perfume that is more musky or woodsy.

Once you select a type of fragrance that resonates with your own palette. Then, you need to choose your intensity level. Not all fragrances are created equal, even ones with the same name. In general, you’ll want to find a fragrance that says “pour homme”. That just means it’s meant for men. Although, there are some perfumes that are marketed to women that actually might smell rather nice on a man.

For example, I found this fragrance called Chanel No. 19.  I really liked the way it made my body smell, probably because it has heavy musk and woodsy notes. So, you might find a perfume that’s marketed for women that makes you feel sexy, too.

How Much Is Too Much?

Have you ever dabbed on a few drops of a buddy’s cologne or some new tester that you picked up in the mall and found it to be exceptionally strong and long-lasting? Well, the amount of oil in the bottle determines the intensity of the scent.

A “parfum” has more than 20% oil in the bottle and you should apply it sparingly to your body. “Eau de Parfum” has a bit of water added to it and can last for about 4 hours.  The “Eau de Toilette” category adds even more water and only contains about 7 to 12% oil. “Eau de Cologne” has an average of 5% oil.

Properly applying perfume borders on an artform. Someone shouldn’t be able to smell your perfume unless they are very close to your body. Apply it behind your earlobes, around your neck and your wrists. There’s no need to douse yourself. A little goes a long way in the fragrance game.

Sometimes, you can have a great cologne and completely ruin the fragrance by your mix of deodorant, perspiration, aftershave and body wash. It’s best to avoid clashing fragrances from the different products that you use.

One trick to deal with this is to buy a complete line of products with a single fragrance. You can usually find a parfum, body lotion and after shave of a scent in a package together. That way, you avoid clashing. You wind up creating a total body essence that won’t get diluted by conflicting scents from your other self-care products.

Your personal scent is quite important. It can help boost your attractiveness and make you more likeable. Scientific studies show that women depend on their sense of smell to find potential mates and when you smell bad, their perception of you changes drastically.

Perfumes, colognes, and personal fragrances should complement your natural scent. And they should never be used to cover up your body odor. There are different types of scent notes. You might want a fruity fragrance in the summer or a woodsy fragrance in the winter. It’s entirely up to you.

You should pick your own fragrance based on what smells good to your own palette. Yet, avoid overdoing it. Just a dab here and there will take you far in the game of attraction. Essentially, a personal fragrance should enhance your look and complement your personality. Keep those things in mind and you’ll project an air of confident masculinity wherever you go.