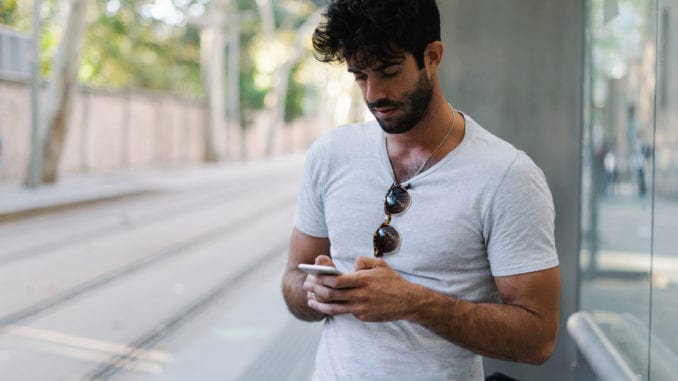 Individuals born under the sign of the Ram (Aries) are known for their sense of independence and strong need for autonomy.

Because they are the first house of the Zodiac (and a cardinal sign) they are natural born leaders.

The Aries man has lots of energy, which may help to explain why they exude so much heat – they are a Fire sign.

The major characteristic of this astrology sign is the Aries intense sense of competition.

Simply put, they are unstoppable once they are focused on a given goal.

If you are friends with an Aries, expect a strong, energetic and fun relationship. These are the types of friends you generally want around because they have a sunny disposition and are almost always optimistic.

Because Aries is ruled by the planet Mars, this sign carries a lot of passion.

As a friend, they care deeply about the people in their lives and will defend you until the end once they are in your corner.  FYI: An Aries born person will tell you exactly what they are feeling and they are not ones to hold back. Yep – Aries people are very straight forward.

If you are hoping to hang out with someone who is up for new things, make friends with an Aries. As you will soon find out, people born under this sign are up for anything!

If you are Aries, you are naturally gifted with the ability to inspire and motivate others. You have a built in “chip” to lead and manage people, which make you great for business, sales, marketing and sports related positions.

This ability to move others to a place of action is empowered by your ruling planet, Mars – the fourth planet closest to our Sun. You are a true pioneer and can somehow see the “big picture”.

Other signs do not have this same trait, which makes you very unique.

The one thing about your sign is you have a tendency to leave jobs that do not hold your interest. In other words, if you don’t feel emotionally connected to the work you are doing and don’t feel challenged, you leave.

This trait can be looked at as a plus or a minus.

Aries born individuals are generally well-balanced and well adjusted. There are times, particularly during the winter months, where they can be somewhat down in the dumps because they don’t get enough sunlight – something this “outdoorsy” sign needs more than others.

Some have described Aries has being overly “childish”. This characterization, however, is overly simplistic. In truth, what some people see as “child-like” behaviors in Aries is actually their innate sense of playfulness.

Very few signs have this characteristic, with the exception of Aquarius.

There is a side to Aries that can be self-centered and self-serving, which is directly tied to their strong competitive streak. It’s like this – Aries born people hate to lose! Many people who are born under this sign have been described as ruthless with a “win at all costs” persona. Perhaps a bit harsh but when you get right down to it, it’s pretty much true.

Aries is also a sign that is known to be argumentative – which makes sense when you consider their primary symbol is a Ram (fight!).

They like to engage in discussions with others about topics they are passionate about and will sometimes blurt things out that offend.

These little Rams can’t help it so don’t get too angry when this happens.

FYI: Other Fire signs usually handle this trait well however, some water signs find it abrasive and get all wounded.

This zodiac sign is full of spark. Energy, vigor, decisiveness and a spirit to win embody all who all who are born under the Ram. Many people who Aries are described as optimistic to a fault. While there may be some truth in this characterization, their sense of “what’s possible” is certainly contagious!

Aries is a sign that has been tagged with being “narcissistic” by many in the astrological community. This, however, is a misnomer. The real deal is that Aries born people have a strong sense of self that connects to their passions.

While it is true this sign can be very argumentative and sometime arrogant, it is also true there is a very tender, gentle and loving side that is only shown to a very special few.

There is a reason Aries has the symbol of a ram. These are ambitious go-getters that will stop at nothing to win. It is no coincidence they also happen to be the first house of the zodiac – meaning they are pre-programmed to be “#1” in whatever they do from the time of birth.

They are adventurous risk takers with a deep well of courage. Like some of the other Fire signs, people who are born under this Zodiac sign have been known to get themselves into big trouble by not thinking before they speak.

This characteristic is an offshoot of their impulsive nature.  Again – think cute little Rams with lots of spirit. They can’t help themselves.

Tip: If you want someone on your team who is all about “the win”, pick an Aries! 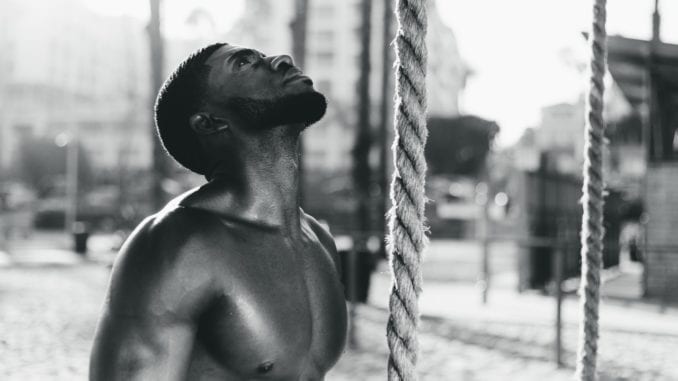 If you are looking for fun, adventure, excitement and even the unconventional, you will enjoy dating an Aries man. This is one sign that is totally up for new things – particularly if it involves a challenge.

If you have always wanted to rock-climb, ski, surf or anything connected to the outdoors, you will not be disappointed with this sign.

Because they have a competitive streak, an Aries guy is going to try and win you over. Use this to your advantage! Play a little hard to get and don’t be so quick to jump into the sack.

In other words, make your little Ram work for his meal! He’ll do whatever is necessary to swoon you and will charm your pants off in the process.

Remember, this sign has a bit of a temper and can become easily frustrated. Translation … play hard to get but don’t be a total prude.

If You are dating an Aries Man, Keep the Following in Mind:

Think of a ram and you will soon get the mental picture. Aries like it aggressive and assertive. To be straight forward – this is a sign that likes to get “rough”. On the flipside, Aries also likes trying new and different things when it comes to “getting busy” with another. Don’t be afraid to make suggestions because chances are your Aries mate will like it!

If your Aries female seems disconnected in the bedroom, whisper something into her ear canal with a deep voice – and rub your nose around her earlobes.

This will send your little female Ram over the top BIG TIME and stimulate other parts of her body.

How to Attract an Aries

If you want to attract an Aries zodiac sign, you are going to need get comfortable (real fast) with competition. Play into their personality and pay them lots of compliments.

Yes – you will need to stoke their ego a bit and demonstrate that you are willing to “play the game”.

Avoid trying to control, manipulate or otherwise dominate this sign – it simply won’t work. Be prepared to engage in passionate dialogue.

From time to time, you need to let this sign “win” for the sake of keeping the peace. Sorry but this is a fire sign that loves a good argument.

Aries can match with almost all of the zodiac signs but generally speaking, tends to do better with:

You need to know that water signs (Pisces, Scorpio & Cancer) usually struggle with Aries. There are a number of reasons for this but primarily because water signs require an emotional connection in order to maintain romantic relations for the long term.

Yes, Aries can be romantic but not in the way that water signs necessarily “feel”.

That said, Aries and Scorpio, oddly enough, can make for a strong match. Click here to learn about Scorpio men.

If you would like to read more about this interesting and competitive fire sign, consider picking up a copy of the book, Everything You Need to Know about Aries Zodiac Sign. Visit Amazon to learn price.

You’ll learn more about what makes Aries “tick” and how to interact with the ram!

About Dirk Wolf 7 Articles
Dirk is a shaman and spiritual healer. He borrows from ancient wisdom and lore to teach lessons about the self, personality, relationships and health. When he's not writing, he enjoys spending time outdoors.