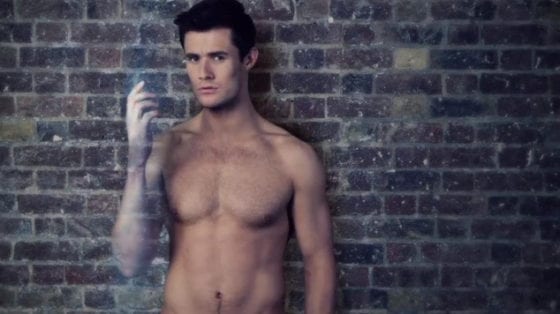 Now we know why we’re gay!

In the never ending quest to find out the root cause of homosexuality in men, quacks paranormal researchers think they've finally discovered the reason.

Are you thinking it’s linked to genetic sequencing? Perhaps an extra chromosome? Maybe something connected to early childhood trauma? Well, you’d be wrong.

Here is what’s listed on the website, Spiritual Science Foundation. Once there, you’ll have to scroll to the bottom to get to the good stuff!

We’ve highlighted some of the particulars below:

“The main reason behind the gay orientation of some men is that they are possessed by female ghosts,” claims the online piece. “It is the female ghost in them that is attracted to other men.”

Not to be left out, lesbians apparently is the result of women who have “the presence of male ghosts in them.”

You may be wondering how all of this happens? In other words, how does the ghost make an otherwise straight person go gay? Here is what the paranormal folks say.

Related: Signs of a good psychic!

“The ghost’s consciousness overpowers the person’s normal behavior to produce the homosexual attraction,” says the online article. “Spiritual research has shown that the cause for homosexual preferences lie predominantly in the spiritual realm.”

The folks over at the Spiritual Science Foundation don’t attribute ghost possession as the only reason some folks find themselves gay. They put together a pie chart to explain other causal factors.

“Due to being possessed by ghosts,” suggests SSF, “the majority of the LGBT population is more susceptible to being influenced by negative energies who give them thoughts to encourage them to display their homosexuality in a shameless and even aggressive manner.”

And did you know that when you attend a Pride parade, you are really infusing yourself with bad mojo? SSF says they “emit negative energy for up to 10 km. Indirectly, black covering (negative energy) over the city increases and it subtly spreads farther than 10 km.”

Related: Straight guy goes gay for Halloween due to mask

So what is there anything people can do about ghosts possessing gays and other forms of negative energy?

“Just as we teach children not to play in dirty water or eat mud, we need to educate society what is correct from a spiritual perspective,” researchers conclude. “By failing to do so, we run the risk of a further decline in Righteousness and consequently people in society will become more unhappy.”