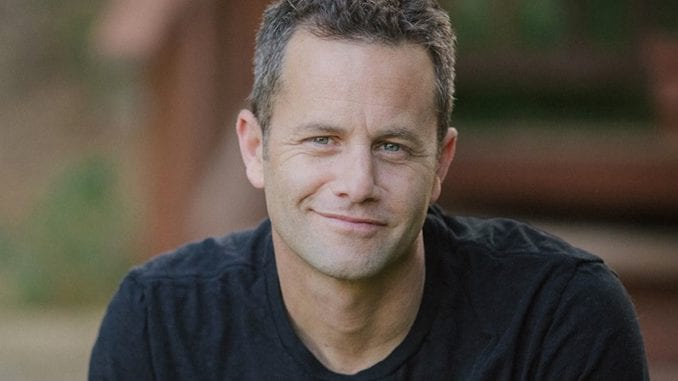 Kirk Cameron – the 1980's wanna be actor that never was – apparently believes that the devastating hurricanes that have been battering the United States are by the hand of God.  In fact, the former Growing Pains actor cut a video on Facebook to share his point of view.

“One thing we know about hurricanes — and all weather — is that this is not Mother Nature in a bad mood. This is a spectacular display of God’s immense power. And when He puts His power on display, it’s never without reason. There’s a purpose. And we may not always understand what that purpose is, but we know it’s not random. And we know that weather is sent to cause us to respond to God in humility, awe, and repentance.”

The former child actor and main staple of the evangelical circuit seems to think horrible storms, such as Harvey and Irma, are messages from God Almighty.

Leaving out any science (like Global warming or other meteorological explanations) Mr. Cameron cited a passage from the Old Testament Book of Job that suggests storms created by God should be viewed as a form of “punishment” or a way to “demonstrate his faithful love.”

Really? Killer hurricanes are part of God's plan and message of love? He sounds like the nutjob Christian activist who claimed hurricane Matthew was sent to punish the LGBTQ community (link).

Sporting gray hair and looking tired, Cameron went on to say the storms should be “causing us to remember that it’s God who supplies our life, breath and everything else so that you and I reach out to him.”

He then encouraged his followers to use that as an answer for kids asking about the storms, which have killed scores, left thousands without a home and torn lives apart.

“Remind them that God is the blessed controller of all things,” he said. “He is the one who gives us peace, security and strength in the midst of the storm and that he uses this to point us to him and to his care for us.”

Thanks for that insight Kirk. Whatever!