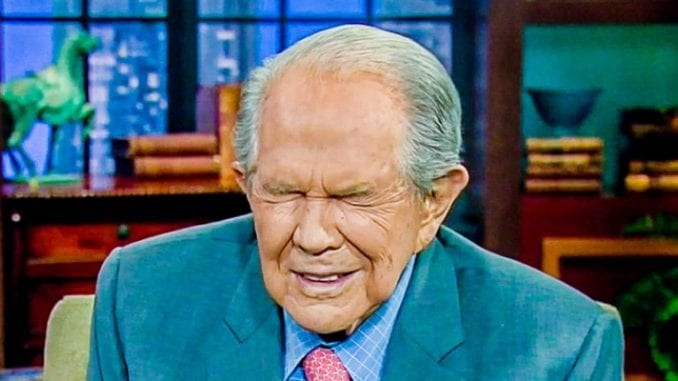 “It's a pre-planned plot”

Did you hear the news? Televangelist and nut job, Pat Robertson, has taken to the airwaves to beg followers to pray that “the Holy Spirit of God” to “throw confusion into the counsel of these myriad accusers.”

The report comes to us from the folks at Right Wing Watch.

As pretty much the entire planet knows by now, Brett Kavanaugh’s Supreme Court confirmation has been delayed by up to a week after his accuser, Dr. Christine Blasey Ford, provided testimony on Thursday to the Senate Judiciary Committee.

After much back and forth, a decision was made that ultimately called for an FBI investigation into the alleged complaints of sexual assault.

It is important to point out that Republican senators tried their best to push forward with a confirmation vote Friday. It was only because of repeated and multiple calls for a federal investigation that a procedural vote was halted. 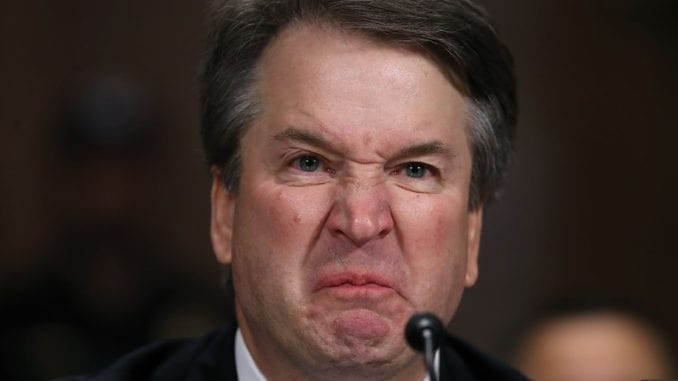 The American Bar Association and Judge Kavanaugh’s alma mater, Yale Law School, were among those calling for him to be investigated further, leading Republican senator Jeff Flake to propose a week-long delay to his confirmation on Friday.

In the eleventh hour, Donald Trump finally agreed that an investigation into the accusations against his SCOTUS pick would be allowed. As an aside, the FBI investigation will be limited in both time and scope.

Worried about the outcome of the investigation, Christian talk show host and preacher Pat Robertson, founder of the Christian Broadcasting Network (CBN) and host of the 700 Club is asking his followers to pray to God to rescue Kavanaugh from the current crisis.

Claiming the U.S. Supreme Court had been a liberal bastion for years, the 88-year old Robertson said that the accusations against Kavanaugh were an “all-out assault” by Democrats to tarnish the reputation of one of America’s finest judges.

“The Supreme Court of the United States is the power center of the liberal left. They have done their bidding for years and years and years, and now comes a decisive moment as to whether they will lose control of that particular body and they are putting an all-out assault to destroy the reputation of one of the finest judges in America. It is a pre-planned plot, it is unbelievable, and if anybody buys it, they’d be willing to buy the story of the Great Pumpkin and any other myth that you can think of.”

This wouldn’t be the first time Pat Robertson has made insensitive and outrageous comments. One only needs to look at the cornucopia of anti-LGBTQ remarks he’s made over the years.