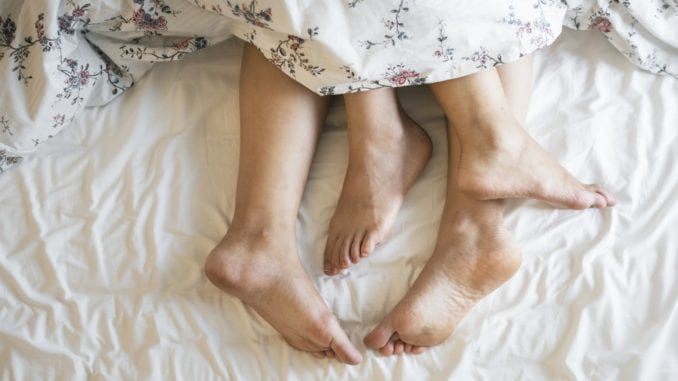 Weed and sex: Do the pros outweigh the cons?

People who smoke weed often claim everything tastes, smells and feels better when you’re high. But that’s not true for everyone. When it comes to combing weed and sex for example, some folks swear the experience is epic. Others say not so much.

But what does the science tell us? Have there been studies to examine the potential pros and cons of mixing weed and sex? If so, what conclusions can we make?

Given interest in the topic, MV decided to find out the answers. Using a combination of meta-analysis and data-mining techniques, the answers can now be revealed.

The important thing to keep in mind is that not all research designs are the same. In truth, many studies involving human subjects tend to be subjective, which may impact outcomes.

And so with that disclaimer out of the way, here’s our list of 10 pros and cons on weed and sex you might not know!

Be sure to vote in our poll at the end (sorry, it is now closed).

It has long been suggested by those who smoke pot that a positive side effect is increased sexual desire. It turns out there is some research to support these claims.

A study conducted in 2003 demonstrated that a majority of cannabis users experienced various elevations in their libido ranging in intensity.

This may explain why some guys who identify as straight temporarily crave a same-sex experience while smoking pot.

Researchers think libido elevations can be traced to biochemical changes occurring in the brain that involve the hormone, oxytocin.

If you ask most people who use marijuana, one of the reported side effects is a distortion in time. Specifically, time itself slows down.

While this may be considered a minus by some, it can also act as a powerful plus in the area of love making. That because when time is perceived as stretched, it can make “quick” play sessions feel much longer.

The research suggests that when a person is stoned during climax, the release is often perceived as extremely intense. What’s more, orgasms are often experienced as “long”.

There may be physiological and biochemical reasons for this phenomenon, linked to an increase in dopamine levels; similar to what one might find when using MDMA (ecstasy).

Scientists have studied this phenomenon and determined that a change occurs in the frontal and limbic systems of the brain that are responsible for sensations.

Researchers also feel that when a person is relaxed (like they might be when smoking weed), the individual is more open to enjoying physical interaction. This may explain why some report feeling “uninhibited” when combining weed and sex.

And there have been some claims to suggest that when weed, sex and male arousal lubes are combined, love making sensitivity becomes amplified.

There has been some narrative research studies to suggest that when weed is combined with sex, a person can have multiple orgasms. This commonly happens during a single sexual act where a person can release several times.

Multiple orgasms can also happen during extended periods of play, which is influenced by the time perception/distortion effect previously discussed.

Those who were able to go two and three rounds report that marijuana acts as a powerful aphrodisiac, which increases their libido and by extension, the ability to release more than once.

Depending upon what you are trying to accomplish, smoking pot may negatively impact your sperm count, according to published reports.

Worse, it may reduce the amount of fluid you are able to produce. Frequency of pot use and personal health factors are uniquely tied sperm count issues.

One of the difficult things to gauge with marijuana use is figuring out the point when the “high” comes on. This is particularly true for regular users of cannabis, according to the American Academy of Neurology.

This means that the more you smoke when trying to get your high on, the more you may be working against yourself in the bedroom. That’s because by the time you have reached intoxication, you could be too high to get your mojo on.

You probably already knew this one but it is worth mentioning. Pot has a funny way of causing the user to experience dry mouth. There are many reasons for this but mainly, it’s because of the way marijuana interacts with the production of the salivary enzyme, amylase.

And while there are some quick fixes for this con, like sipping water during an oral activity, mouth dryness caused by 420 can still be a drag (no pun intended).

This is another no brainer but still important to list. There is a mountain of research studies to suggest using perception enhancing substances can lead to higher risk sexual behaviors.

In fact, a study found that when a person combines weed and sex, they are more likely to engage in activities that put themselves at risk for contracting an STI.

On the “higher risk” front, it’s important to state that other substances, such as crystal meth and cocaine, have also been found as contributing factors to risky sexual behaviors.

Certainly not pure “weed” per se’ but there are some people who use various forms of synthetic cannabis, marketed under herbal labels.

Those who purchase this form of cannabis often do so for two reasons: 1) To avoid detection on drug screens and; 2) To buy a substance currently not regulated by the FDA.

For point number two, the reason it’s not regulated is because synthetic cannabis is often labeled “not for human consumption”; similar to what we see with the use of “head cleaners” for butyl nitrate (aka poppers).

There have been several reports of negative, adverse side effects with synthetics. These include racing thoughts, rapid heartbeat, and hallucinations.

When combined with sex, synthetic weed may exacerbate the negative symptoms described due to increased oxygen flow, greater activity in the hypothalamus and pre-existing mental health issues.

Now that you have read the pros and cons, it’s time to ask a question. Do you think the pros outweigh the cons?