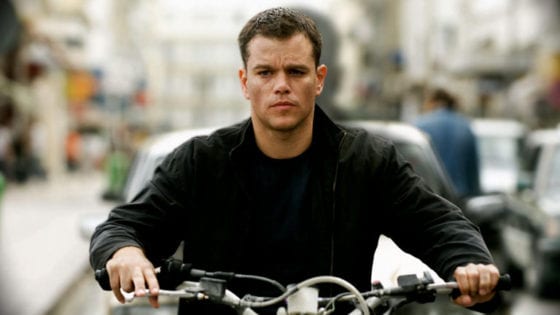 Matt Damon is one of those actors who is just extraordinarily talented. Not only can he play a wide range of characters, ranging from a super smart astronaut to Liberace’s lover, he’s also an accomplished writer and producer. Here at the blog, we have long held a fondness for this handsome, blue eyed actor.

And to keep it real, Damon has long been a friend to the LGBT community.

Beyond the silliness of the gay rumors that sometimes float around about Matt, including some wishful thinking on the part of this website, there are tons of interesting facts about this Massachusetts born entertainer that you might not know.

We’ve combed through some of the data and come up with 10 interesting facts about Matt Damon that you might find of interest. Some of these may seem silly while others might come as a surprise.

Read them all as a way of getting a clearer picture of who Matt Damon really is.

1 To make extra money, he used to breakdance in the middle of Harvard Square. We told you he was multi-talented!

2 He was a lonely adolescent who had a difficult time feeling like he belonged. He claimed some of this had to do with his mother’s “by the book” approach to childrearing.

3 Matt Damon became friends who Ben Affleck very early in his life. The two met when Matt was 10 years old and Ben was 8!

4 When he was 16-years old, he wanted to pursue his acting career and drop out of school. His parents didn’t like this idea one bit and refused to finance his trip to the West coast.

5 Ben Affleck and Matt Damon are related – well kind of. The two are reported to be 10th cousins, once removed, to be specific.

6 Damon used to be a smoker but was able to work through his addiction to nicotine with the help of hypnosis.

7 Matt Damon’s role in the movie, Behind the Candelabra, was his first non-fiction role. Hard to believe but it’s true.

8 To help him adopt a perfect sounding southern accent for his role in Rainmaker, he temporarily worked as a bartender in Tennessee and reportedly hired a customer to be his dialect coach.