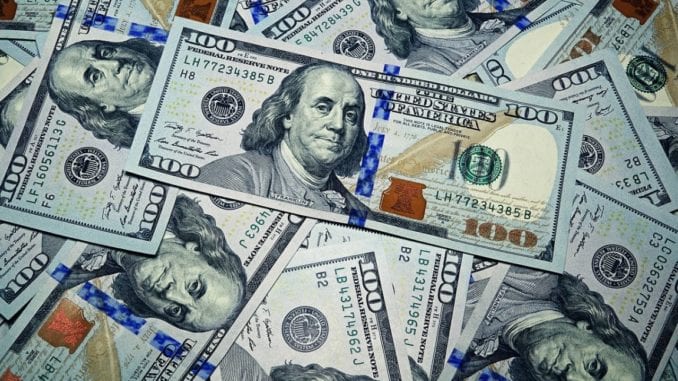 Forbes recently released the latest crop of the richest Americans in 2021. There are 400 ridiculously rich people on the list, and you can probably guess who sits at the top. However, there are some surprising takeaways from the Forbes Richest Americans listing.

For starters, more than half of the richest people in America are self-made. That means their riches didn’t get handed down; they built it themselves. The wealthy elite are also quite diverse. The way that people earned money has changed dramatically in the past year. Cryptocurrency magnates, electric vehicle innovators, and venture capitalists are staking their claim to the golden future of finance.

For more insights into the lives of the nation’s wealthiest people, check out these interesting details.

1. The Rich Are Immune to the Pandemic

One unexpected detail is that there was an overall increase of wealth from the top earners. In total, there’s $4.5 trillion accumulated in the listing and that’s a 40% increase from last year. So, while the world has suffered from a global pandemic, a small percentage of individuals were having a bumper year.

2. The Entry of Women Stays Fixed

Another takeaway is that the number of wealthy women has remained static. There are 56 women included in the country’s wealthiest listing and it is surprising to see that the number hasn’t risen. Melinda French Gates made her first entry on the list after divorcing Bill Gates, but there was an absence of new billionaire businesswomen. The richest woman on the Forbes 400 list is Alice Walton, the heir to Walmart. She’s good for a cool $69 billion dollars.

Related: 8 Tips for Talking Finances with Your Lover

Another key point is the emergence of crypto currency magnates. Sam Bankman-Fried is the founder of FTX, a cryptocurrency exchange and he’s the wealthiest self-made billionaire to ever make the Forbes 400. He was joined by two of his rivals, Coinbase Global founders Fred Ehrsam and Brian Armstrong. In total, seven crypto currency entrepreneurs made the Forbes list this year. It will be interesting to see how many cryptocurrency magnates get added to the list next year.

4. Most Billionaires Are Older Men

Being a top tier billionaire certainly isn’t a young person’s game. Although the most famous and publicly visible billionaires are relatively young, they certainly don’t represent the majority of the listing. Only 14 people on the list are under the age of 40. The oldest man on the list is Ted Lerner. He’s a 96-year-old billionaire.

The top five wealthiest men always get the most attention. They’re always in the public spotlight. Jeff Bezos and Elon Musk swap roles at the top quite often. At the time of printing the Forbes List, Jeff Bezos was number one, but Elon Musk has already overtaken him. Elon Musk tripled his worth in just a year’s time. Third place goes to Mark Zuckerberg. Fourth place goes to Bill Gates and the fifth slot is owned by Google founder Larry Page.

Most importantly, wealth never goes out of fashion. People are earning and accumulating large amounts of wealth even when the global economic situation appears grim. No matter what, someone is getting richer.

Women didn’t gain much footing, but marriage ties played a big role for some. A divorce didn’t deflate Jeff Bezos, but Bill Gates fell out of the top 3 when he divorced his wife. It also earned her a spot on the list.

Also, the cut-off amount for the Forbes 400 was raised from 2.1 billion to 2.9 billion. So, it takes more money to get into the Forbes 400 now, and that left some notable rich people off the list like Oprah Winfrey and Donald Trump.

As the saying goes, better to cry in a Cullinan than an E Class…or something like that.

The Forbes 400 List can be seen in full here.

Read Next: How a Gentleman Never Goes Broke