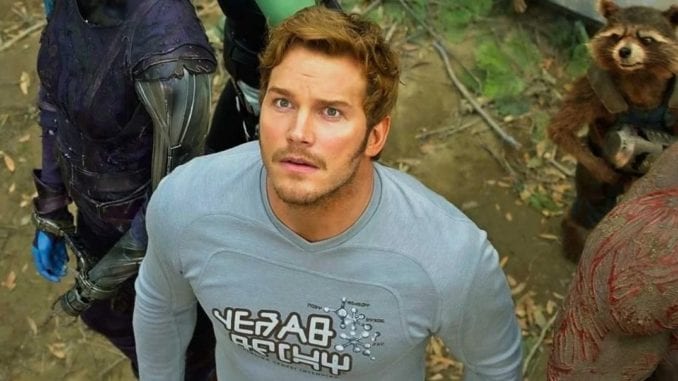 Ever since he found his way onto the sets of Everwood, The O.C., and Parks and Recreation, people have loved Chris Pratt. But, it wasn’t until around 2014 when he became Star-Lord for Guardians of the Galaxy that he became a true A-list Star.

If you’re a fan of this talented and down-to-Earth guy and want to learn a little bit more about him, we’ve got you covered. Here’s a list of 10 facts about him that might just surprise you.

Six months no beer. #GOTG Kinda douchey to post this but my brother made me.

Thought he was born in Minnesota, Pratt and his family eventually moved to Lake Stevens, Washington. It was there that Pratt grew up and became and star athlete in school. Pratt played in football, track and wrestling in high school. He even competed in wrestling state championships, and once came in fifth place.

Chris Pratt wasn’t just a star athlete; he was also popular with the other students in his school. He was so popular that he was voted class clown, and he even gave a graduation speech.

U like fit'niss? How bout fitt'niss insta post up ya butt? Boom! #WHATSMYSNACK Thanks to @mensfitnessmag editor @shawnperine photographers @rikerbrothers the writer #JimSchmaltz and of course my dear sweet Bridget for grooming. @bridgetbragerhair and my publicist @allison_garman and God and of course Spider-Man for me stealing his pose. On newsstands now! #starlord #gotgvol2

3. He Was Homeless Once

Sadly, once he graduated things got hard for Chris. He even got to the point that he had to live out of his van. He would then drive around and sell coupons door-to-door.

4. Used To Be A Stripper

That’s right, Chris tried his hand at stripping too, but sadly he wasn’t that good at it. He admitted that he would only make about $40 each time he took his clothes off.

Just had a ground breaking idea to touch the tip of the Eiffel Tower in this photo. I'm pretty proud of it. It just came to me. Haha! I said, "hey I'm about to do something nobody has ever done before. Quick grab a camera" And then I just did it. And then my publicist Allison took the photo. This pose is now legally called a #chrisPratt i have patented it. If you do this pose you can be sued. #passengersmovie

5. Was Discovered While Working At Bubba Gump Shrimp in Hawaii

That’s right, Chris Pratt’s big break was when he was serving shrimp in Hawaii. Director Rae Dawn Chong found Pratt when he waited on her, and she immediately decided to cast him in her film “Cursed 3.”

But Chris’s real luck was when he met the love of his life, Anna Faris. He and the “Scary Movie” star met while filming “Take Me Home Tonight.” They then got married in Indonesia in 2009, and later had a son named Jack in 2012.

Here's me waiting for the photo shoot to start. I was like, "well guys, I'll just chill over here by my race car and rub my neck real quick. You know what I'm sayin'."

7. Collects Dead Bugs With His Wife

And it seems he and Anna connected over collecting bugs as a hobby. Other hobbies that Chris enjoys include fly fishing, hunting, snowboarding and working on cars.

Chris Pratt’s look changes constantly depending on the role that he’s preparing for, and it seems his genes are just as crazy. Pratt’s ancestry has traces of Norwegian, English, Swiss-German and French-Canadian ancestry. And, connected to his German ancestry is the fact that he learned German in school and is still fluent today.

People ask me, "What's the greatest part of these press tours?" For me, the answer is always "JETS!!!!" So happy and full of gratitude to be on this jet for #passengers press tour. JETS ARE SO FUN!!!! 🙏👍🏼😃 And in that same spirit of gratitude I will finally post an awesome photo of #JenniferLawrence I just took. Stand by!!!!!

As if being an athlete and actor wasn’t enough to surprise you, Chris Prat also has a love of other arts. He can sing, and has for his Saturday Night Live appearances, he can play the guitar, and he can even paint. There’s even a mural in a restaurant in Washington that he did for his friend whose family owns the place.

And in tune with Chirs Pratt’s love to surprise, it seems he’s a great improvisor. Many funny and iconic scenes from his work were actually improvised.

For instance, there’s a scene in Parks and Rec when Amy Poehler’s character walks in on a naked Pratt. What Poehler didn’t know was that Pratt had taken off the nude underwear he was supposed to be wearing.

Other examples are the sudden kiss between him and Dallas Howard in Jurassic World (see our film review), and the Ball Drop in Guardians of the Galaxy.

And here I am casually sniffing my knuckles.