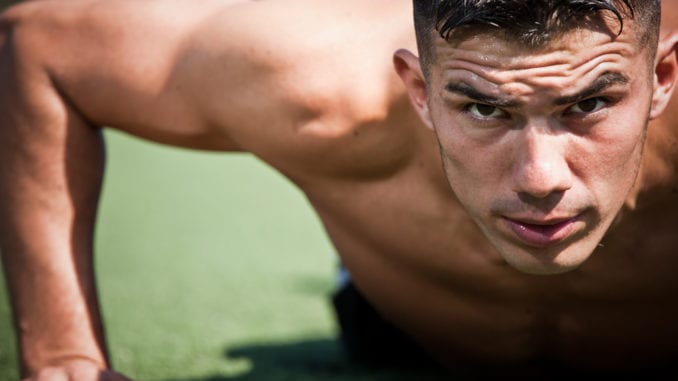 Let’s face it; finding reasons to stay motivated with a workout routine can be difficult. Sure, there’s the goal of wanting to build a buff physique but that only works for so long.

But what if I told you that exercise could make you smarter? Would you be skeptical? I was too until I read about a new study presented at the Cognitive Neuroscience Society (CNS) annual conference in San Francisco. Long story short, it turns out that ongoing exercise improves cognitive functioning.

In other words, it can make you smarter.

For this investigation, researchers discovered that the brain changes after a single workout. Moreover, they learned that these changes are predictive of what happens with sustained exercise over time.

In many ways this makes sense. Just as a bodybuilder trains for a competition, weightlifting workouts add up over time and yield major benefits to muscular size. Similarly, the cognitive benefits of exercise are cumulative with the power to generate long-term gains.

As part of this study, scientists took fMRI brain scans of participants over a 12-weeks before and after exercise. They also had the participants complete a working memory test.

What the research team discovered was nothing short of amazing. Investigators found that people who saw the biggest gains in short-term cognition and functional brain connectivity after exercise also showed the most significant long-term benefits in these same areas.

Dr. Michelle Voss of the University of Iowa led the study. She shared the following in a press release: “Think about how physical activity may help your cognition today and see what works. Day-by-day, the benefits of physical activity can add up.”

We know that recent research appearing in the Journal of Cognitive Neuroscience revealed that exercise can have a positive impact on cognitive training and working memory.

This new study further makes the case that physical activity indeed holds mind and body benefits. Becoming smarter might just be one of them.

It’s important to state that researchers assessed light to moderate physical activity for this investigation and not weightlifting per se. In other words, you don’t have to knock out a bunch of bench presses to realize benefits. Even low intensity activities can yield positive cognitive results.

“What’s great about this study is that it helps to connect the dots between physical activity and mental abilities. In many ways, the findings make sense. Physical activity has a way of clearing the mind of extraneous mental debris, thereby allowing room for new material. That’s super cool,” Provis says.

So, there you have it, guys. If you need another reason to keep hitting those weights, remember this study. Not only will exercise help you to live longer but it might also make you smarter.