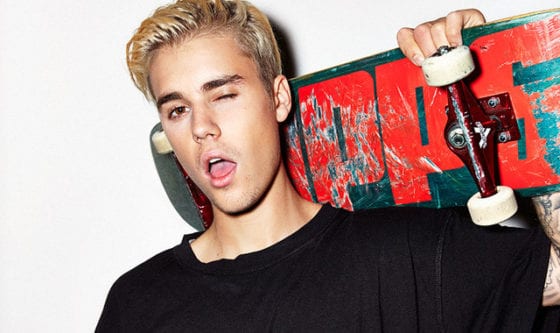 No Halftime show for 2017 starring Justin?

For the past year, Justin Bieber has apparently been conducting a campaign of sorts to land a spot at Super Bowl LI, according to various online reports.

In February, Hollywood Life ran a piece that was all about Mr. Bieber desperately trying to get hooked up with some type of headliner deal to star in Super Bowl 51’s halftime show.

“Justin is totally pumped up after watching yesterday’s Super Bowl performances,” an insider told  Hollywood Life. “He feels like it’s his time, and he’s more than ready to put on the show of a lifetime. He’s open to the idea of teaming up with some veteran rockers, the way Beyoncé joined Coldplay on stage.”

Going by the latest gossip, it looks like the NFL thinks the idea of Bieber is DOA.

If you have been following our blog for any amount of time, you know that we aren’t above sharing information from tawdry but fun sources, like the National Enquirer.

Specifically, we’re talking about Rob Shuter’s column – Straight Shuter. Take it for what’s it worth (obviously) but here’s the dish from his October 3, 2016 article:

“Justin Bieber is hungry to headline the halftime show at the next Super Bowl, but the NFL isn’t feeding his ego!” says an anonymous source close to the situation.

“He thinks he could do an amazing job and wants to be taken seriously as Madonna, Katy Perry and Beyoncé.”

This is where things apparently turn south for the nudist vocalist, according to the source.

“The only problem is no one will return their [Bieber’s people] calls! There is zero interest in him.”

In recent months, Mr. Bieber has been in the news for a variety of reasons. Probably the most memorable one occurred this summer, where the 22-year old celeb allegedly leaked his NSFW pictures to the world while vacationing in Hawaii.

According to some unreliable sources, he may have lost his lucrative Calvin Klein underwear modeling contract as a result.

And there also was the bit of gossip that made the rounds regarding Bieber supposedly wanting to insure his manhood for a cool five million bucks.

Who knows – it is still possible Justin may appear in the halftime show at the Super Bowl. But if Shuter’s column is right, it sounds like it’s not happening.

FYI: Gossip Cop is reporting that Bieber indeed is not slotted for any type of half-time appearance. But they are also saying the information shared from tabloid is incorrect.

“Bieber has not angled at all to sing at the Super Bowl. A rep for Bieber assures Gossip Cop the claim is “complete BS.”

Perhaps that’s true however, there sure was a lot of hype about his interest in doing something earlier this year!

And what about the Bieber cheerleaders who just couldn’t advocate hard enough for him?