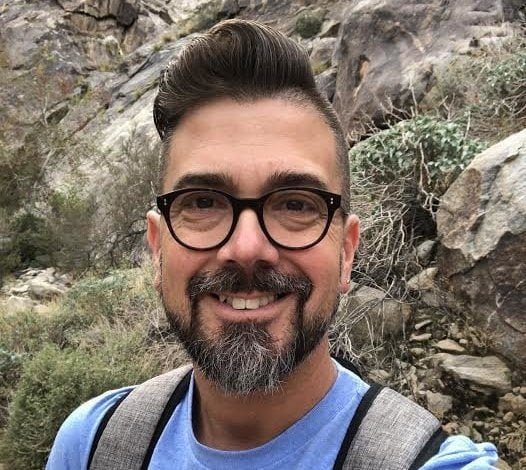 A Kansas art teacher resigned after he got threatening letters sent to him online and at his home.

Former Nemaha Central High School teacher Michael Hill had been working at the school since 2009. He was a well-respected teacher in Seneca, Kansas, but that fact changed in 2017.

On October 11, 2017, Hill came out to his students on National Coming Out day. Then, he discovered a threatening message sent to him on Facebook.

“Homosexuals should not be teaching our kids, in fact I don’t believe they should be teachers at all they are perverts and predators,” the message said, “You need to be fired and you can take your gay ideas with you.”

As he told the HuffPost, Hill immediately took that letter to the administration.

“Initially I felt supported,” he said. “But that support waned as time wore on.”

Unfortunately, then Hill received a second message sent to his home address, where he lives with his husband and two daughters. Because of that, Hill decided to take unpaid medical leave from his job because of stress from the situation.

On top of that, he also contacted local law enforcement. Unfortunately, their response was a bit lackluster, but as Hill says, “I understand that there was not much to go on due to the anonymity of the letters with no return address. It was more of an incident report.”

After that, Hill received a third message, and it was then that he knew he had to leave.

“I knew it was time to go. I couldn’t continue to stay in a situation that was causing me so much stress and anxiety.”

This past Tuesday, Hill shared pictures of the messages on Facebook (above), and the fact that he and his family were moving to Palm Springs, California.

Darrel Kohlman, the surperintenet of the School District, shared that Hill will be missed.

“Michael was, and is, a very good art teacher. This, by no means, was something that we wanted to happen,” Kohlman said.

“Any incidents that we thought had any connection to the school, we did address, and would’ve continued to had Michael come back and completed the year,” the superintendent continued. Noting that Nemaha Central aims to “teach our students about tolerance,” he added, “We felt like we were supporting him in doing what we could do.”

But, Hill thinks the school could have done more to protect him.

“I think there were options put forth to the administration and school board that would have been agreeable and not costly to the district, but they chose not to go that route,” he said.

So, Michael Hill chose the route that was best for him and his family. He left.