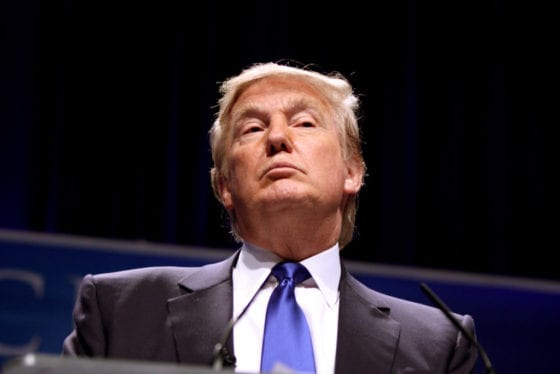 Rather people like it or not, Donald Trump will be sworn in as President of the United States on January 20, 2017. Needless to say, his election has caused very real concerns among various minority groups; particularly those who identify as LGBTQ.

Here at the blog, we share many of those concerns.

Just one look at the number of anti-gay cabinet members Mr. Trump has already appointed to his administration is enough to scare the crap out of us. His pick for of Jeff Sessions as Attorney General us particularly frightening.

And while Mr. Trump may claim to be friendly towards LGBTQ people, his actions speak louder than words.

We already know that in addition to his choosing super religious Christians to many of his top posts, he also intends to appoint Supreme Court Justices in the likeness of Antonin Scalia.

One name that has floated around is Judge William Pryor; a person who in the past has argued that gay people should be jailed.

Already, there have been reports that some governmental agencies, like the Pentagon, have urged same sex couples to get married by New Year’s Eve or face potential consequences of the new administration.

Bear in mind that it is not just Donald J. Trump who will be taking office in January. The House of Representatives and the U.S. Senate will all come under Republican control.

And make no mistake about it folks – the Republicans are totally set on reversing many of the gains President Obama made during his 8-years as President.

Below, we have outlined a series of FAQ’s with action items to consider, based on material from experts that advocate for LGBTQ rights.

Q: Is the concern over Trump’s election overblown?

We don’t think so. While he may have said in a 60 Minutes interview that he considers the issue of same sex marriage “settled”, he’s also promised (several times) that he intends to repeal many of the Executive Orders (EO’s) signed by President Obama.

A good number of those EO’s were created to extend and/or protect the rights of LGBTQ persons. And they can go away in an instant should Mr. Trump decide to make good on his promises.

We encourage you to read this piece from the LA Times to learn more.

Q: What if I’m in a domestic partnership?

If you are living with someone in a same sex relationship and are not married, the Southern Poverty Law Center (SPLC) suggests there is good reason to be concerned.

“We are really advising people to draw up the legal status of their families in a variety of ways.

Prior to the ruling of the US Supreme Court on marriage equality, many states had ways for people to register domestic partners. We know that lots of couples never transformed their domestic partnerships into a marriage because it seemed to give them what they want in terms of rights and responsibilities.

In the state where they registered, those might still be recognized, but it is not clear at all that states might recognize out-of-state domestic partnerships, even though they have to legally recognize marriages.

So, we do urge couples who are in committed relationships to transform their partnerships into marriages whenever possible.”

Q: I’m HIV+ and on Obamacare. If repealed, what happens?

There is very real reason to be concerned here. Below you will find a direct quote from LAMBDA Legal on this issue:

“No one knows for sure what will happen, but Obamacare is likely to be repealed. It may or may not be replaced with something that ensures that people with pre-existing conditions are able to obtain health insurance.

Also, the Americans with Disabilities Act (ADA) prohibits discrimination based on health related disabilities like HIV. So if discrimination from a health care provider occurs there may be a legal solution under the ADA.”

Q: I’m in a same sex marriage – should I be concerned?

“Even though the Court is extremely unlikely to take away your marriage, there are ways short of reversing a marriage decision in which the new administration could make life harder for same-sex spouses and their children, such as by permitting discrimination against these families in some contexts.

It is also possible that the new administration could reduce the respect given by federal government agencies to the marriages of same-sex spouses.”

Q: Will hospital visits be impacted with Trump as President?

Once again, this is unknown. But the advice given by LAMBDA and other organizations causes us all pause for concern. Here is what they are suggesting:

“Take steps to protect yourself. The Obama administration’s policy confirms that hospitals receiving federal funding, which is most of them, must permit visitors according to patients’ wishes as expressed verbally when patients can do so or in pre-written documents, unless there are nondiscriminatory medical or other reasons for limiting visitation.

That policy is consistent with state laws and should remain in place under a Trump administration.

Whether the new administration acts in this area or not, it remains important to have legally enforceable written documents like a health care proxy or medical power of attorney and a living will stating your wishes about medical care and decision-making and about who may visit you. No change in federal policy could undermine these documents.”

Q: What about Transgender rights?

There are a number of unknown issues regarding the rights of transgender individuals. LAMBDA suggests the following to those who may be impacted:

“If you are transgender and your identity documents don’t reflect who you are, it is a good idea to update your documents — including any state-issued IDs, passport and Social Security record — before the new administration takes office.”

See this guide for more information.

Q: What about general medical issues?

The SPLC suggest that all paperwork needs to be reviewed to make sure it is up to date. According to Dinielli:

“We are also urging people to update their traditional life planning: things like medical powers of attorney, health care proxies and living wills.

The reasons for this is that the Obama administration issued guidance that indicated that all medical facilities such as hospitals that receive federal funding – which is a very broad net – they must respect a patient’s desire as to who should be able to visit, and who should make decisions.

We don’t know what that policy’s future is under a Trump administration,’ he says, pointing out the well-known support of Vice President Elect Mike Pence for Religious Freedom legislation.

Guidance could be revoked, especially in a way that encourages people to discriminate based on their religious convictions.

We again have concerns that that would mobilize and encourage those in the medical field to deny the wishes of LGBT patients because they disapprove of them, but there is nothing to allow the override of an instrument such as power of attorney or healthcare proxy or living will, all of which are currently recognized in all of the states.”

Q: What can I do to help protect my rights?

There are a number of civil rights organizations who are specifically focused on promoting LGBTQ equality. We encourage you to visit the following page to learn more about them and to make a donation.