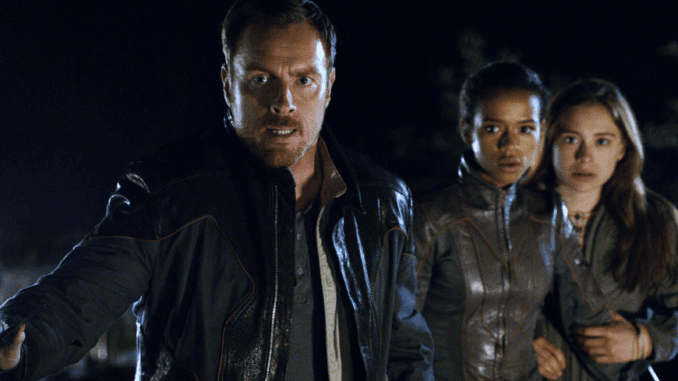 After much anticipation, Netflix has released the reboot of the iconic 60’s television show, Lost in Space on Netflix. I can remember getting all excited about the relaunch of this series when I first blogged about it back in 2016.

After binge watching it over the past week, I figured I would come on here and offer a review. I mean hey – it helps sometimes to get a different perspective before investing time into a series, right?

First, Netflix spent a boatload of money into this series and it shows. The re-imagination of the classic television program offers audiences the ability to rethink the main plot while staying true to the spirit of the original.

It’s certainly forward thinking (Dr. Smith is a woman and one of the Robinson's children in black), it’s techie; the reinvented robot looks super-cool, and most of all, the 10-episode series shows family chaos is a common experience – even in space.

Set thirty years into the future, everyone wants to flee earth because – as it turns out – the entire planet is a trashy mess. As such, the Robinson family is picked as one of the lucky families to live in outer space and create a new life for themselves.

And therein lies the plot – survival. You see, the Robinsons end up crashing on a planet that was never intended to be inhabited by humans. But they aren’t the only ones who end up there.

Oh, and so does the Robot.

Now I’m not going to give away the entire candy store here because it would do nothing but ruin the experience for you. Let’s just say the remake of the series has a much darker, sinister vibe (with Dr. Smith having psychopathic tendencies).

So, it is worth streaming? I have to say that I enjoyed watching the episodes very much. And as it turns out, other folks did too because the reboot has come up a lot in different Facebook groups and on Reddit.

If I had to pick one thing that I didn’t like it’s this: There needed to be a gay character (meaning completely out). Perhaps this will happen in season two but … come on Netflix, it’s 2018. Goodness knows a major part of your viewing audience is LGBTQ.

Couldn’t you have thrown in one queer person? I kept wanting to see this. If you want some advice, at least let John Robinson and Don West make out.

It’s not like most of us who watched the original series weren’t wishing for something like that to happen. Plus, given that both of these men are hot in a daddy kind of way, you all could easily write this in.

At any rate – I will say that Lost in Space on Netflix was pretty good. Yes, there are other reviews online that suggest something different – that’s cool. All I can do is give you my impressions.

Have you watched the reboot of Lost in Space? If so, did you like it?