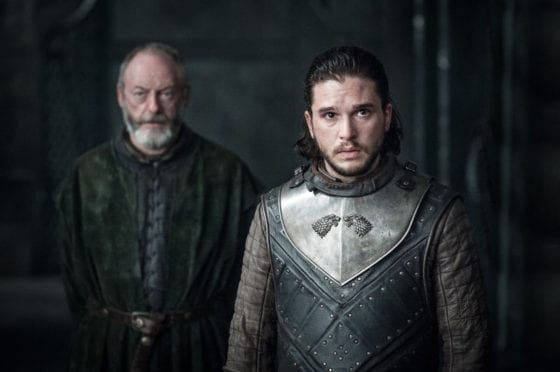 The time has come. The big battle at Winterfell is finally upon us.

While the first two episodes in the final season of Game of Thrones have been tame ones, the third episode is about to bring complete destruction. The White Walkers have reached Winterfell and many of the show’s characters, sans Cersei, are waiting to fight.

Given that the first two episodes of season eight were without any deaths, it looks like episode three will be making up for the time.

But who will die and who will live? This is a question that many of us have on our minds as we wait a gruesomely long week for the longest episode in the season. While we wait, let’s play a game of who WILL DIE and who MIGHT DIE. 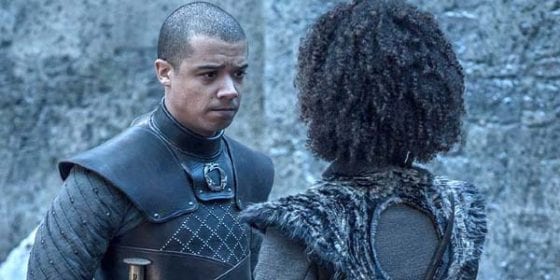 Let’s be honest, Grey Worm is gonna go. There were some major death flags flying for the character by the end of episode 2. Grey Worm and Missandei were given a sweet goodbye and the promise of a better life post battles in the North and King’s Landing. Now if that doesn’t sound like a dead man walking, I don’t know what does.

Plus, Grey Worm’s plan was to leave Daeneyrs after those two battles. While the show may keep him alive to keep that drama for the future, that drama isn't worth the hassle. Just kill the guy off. 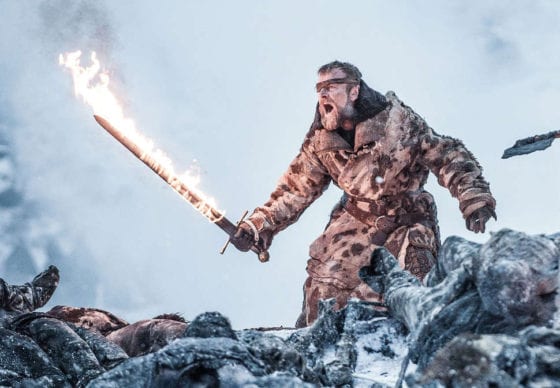 There’s really nothing much to say about this one. Unless he’s needed to light up a dark tunnel again, Mr. Fire Sword is gonna be down for the count. He’s one of those minor characters that had very little significance to the grand story, so his death will be easy for the writers and the audience. 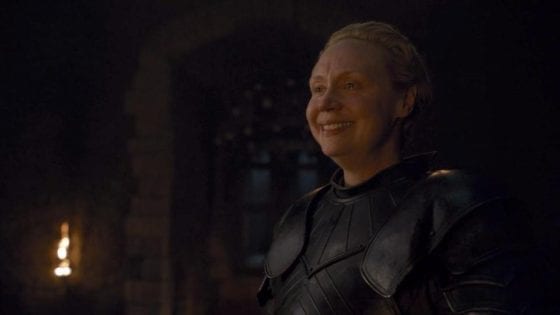 Now, this one hurts. Sadly, it's looking pretty likely that Brienne of Tarth will die during the battle against the dead.

We have just watched Brienne at the height of her life. She has just accomplished her life’s wish of becoming a knight, she’s surrounded by men who love and support her (Jaime, Tormund, and Podrick specifically), and she has a noble house to fight for.

But, it’s the very fact that everything’s going so well for Brienne that makes her such an easy target. Let’s be honest, most of us will be hurt by this one and that makes Brienne’s death the best option for Game of Thrones’ writers. 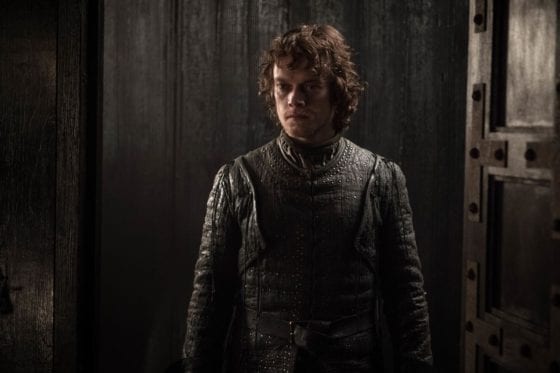 Next, there’s Theon Greyjoy. Like Brienne of Tarth, Theon has recently seen his personal story go full circle. He has redeemed himself in the eyes of his sister Yara and his foster sister Sansa. But with that, there’s the reality that his character doesn’t need to keep going with the show.

On top of that, Theon has placed himself at one of the most narratively important spots of the battle, protecting Bran. Because of that, we can see him having one final moment of glory before finally meeting his end. 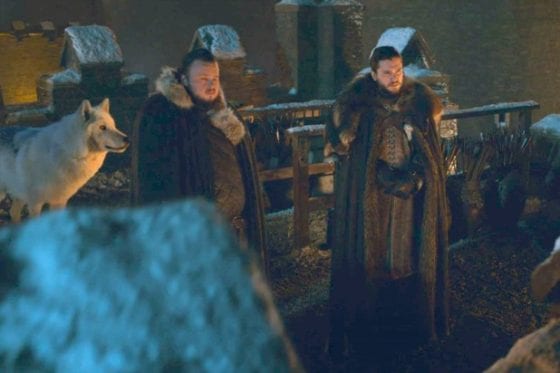 Let's face it, the show’s producers just don’t want to pay for Ghost and killing him off at this epic battle is the perfect way to solve that problem. As long as there are dragons taking up the CGI budget, Ghost will continue to be neglected. Might as well give him a last hurrah before he joins his siblings.

Now, let’s move on to the people who are wading water but aren’t as obviously going to die. 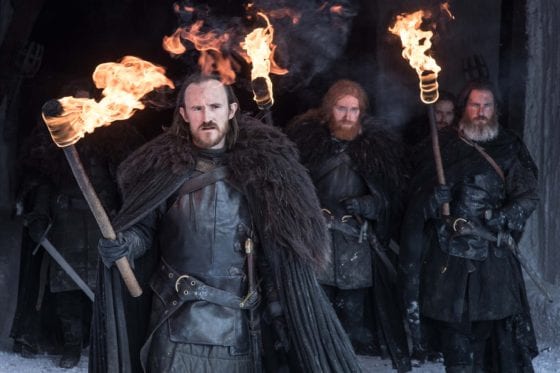 Eddison Tollett is another small time character who won’t be needed once the war with the White Walkers is over. Because of that, Edd is an easy character to pick off at this major battle episode. Maybe he’ll make it past episode 3 and live to die another day, but things are generally not looking good for him. 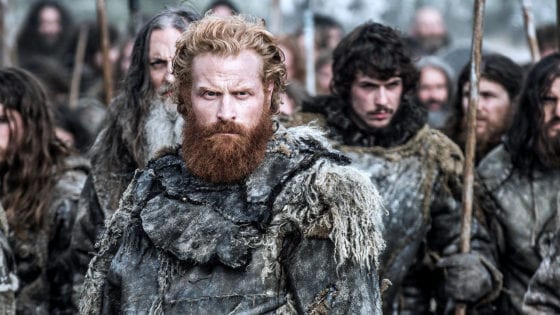 Tormund Giantsbane may be the most unromantic romantic we have ever met. He is crass and crude, but he’s a good guy at the end of the day.

But with the love of his life, Ser Brienne of Tarth, most likely dying in episode 3, we have to figure he’ll be going too. Perhaps he’ll be so distraught that he’ll fight, and die, in anger. Maybe, he’ll live on to fight and die another day. No matter what, Tormund doesn’t play a major part in the battle against Cersei and the restoration of Westeros after the battle. So, he could be seeing his last few episodes. 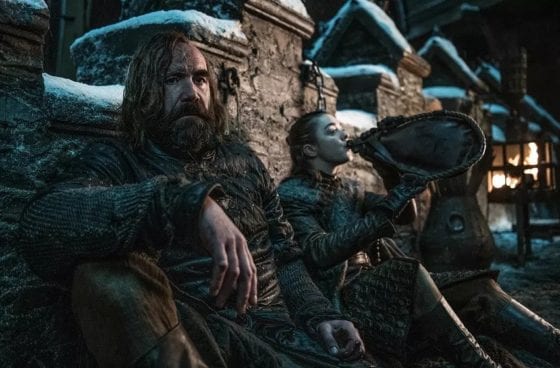 The same could be said for the Hound. The Hound has become the show’s resident anti-hero with his older brother/mentor/frenemies relationship with Arya Stark. Because of that, we like him and respect him. But, we don’t need him to stay around.

The Hound is the perfect character to die. We will feel sad about it, but we will ultimately move past it with not too many tears. 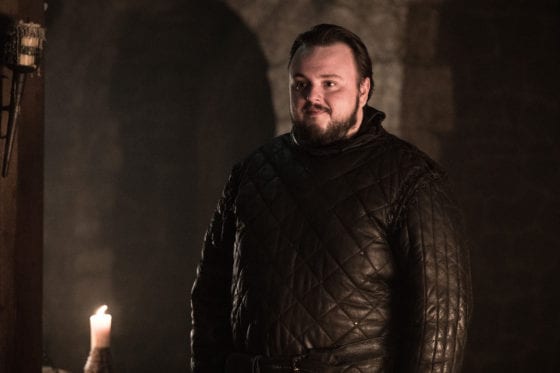 Samwell Tarly, the first man to kill a White Walker, is demanding that he be on the battlefield. And let’s be honest, we don’t have much confidence in his fighting skills. We hope that Sam can protect himself during what's bound to be the scariest battle in all of Game of Thrones, but we just aren’t sure he can. 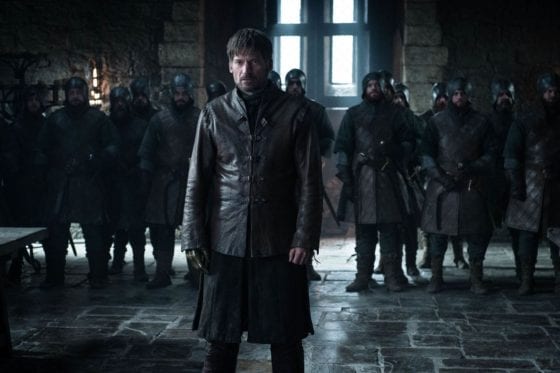 While Theon may get a last heroic moment, he won't be alone. The same can be said for Jaime Lannister.

Jaime could certainly continue past the episode and add to drama involving his sister Cersei, but he could also easily die here. Perhaps he’ll live up to his name of being the King Slayer by killing the Night King. Or, maybe Bran is right that there is no afterward for this Lion. 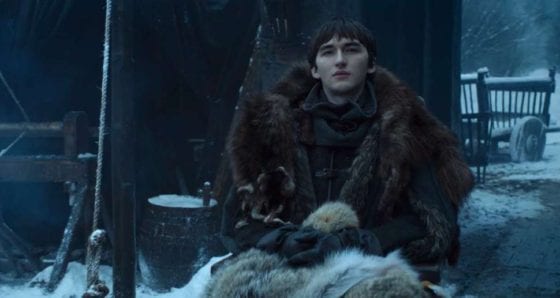 While we are all enjoying the creepiness that is Bran Stak/The Three-Eyed Raven, we also have to admit that things aren’t looking good for him. With Bran being the Night King’s apparent target, Bran is really 50/50 on living or dying. But hopefully, he’ll pull out some magical Deus Ex Machina to keep us entertained either way. 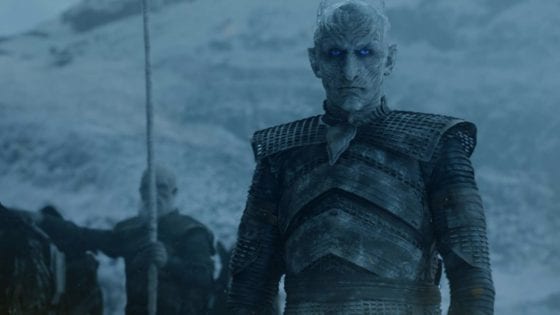 And, of course, the man of the hour.

While we all hope that the Night King will die by the end of episode 3 or at least the final season, there isn’t any guarantee.

Possibly, the Night King, the white walkers, and their army of the dead could end up winning the war against the living. Or, maybe they’ll withdraw and sleep for another hundred someodd years. No matter what, this will be the character everyone’s watching in episode 3. 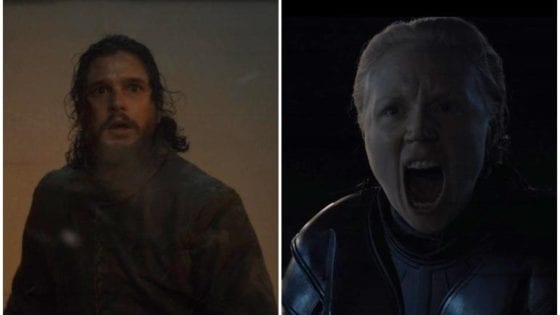 Game of Thrones’ Season 8 Episode 3 is bound to be a momentous disaster. With several characters expected to die, we’re all wondering which faces have seen their last sunrise.

Who do you think will die and might die? Do you think I forgot someone? Let me know your thoughts down in the comments below, over at my Twitter page, or through Men’s Variety’s Twitter account.