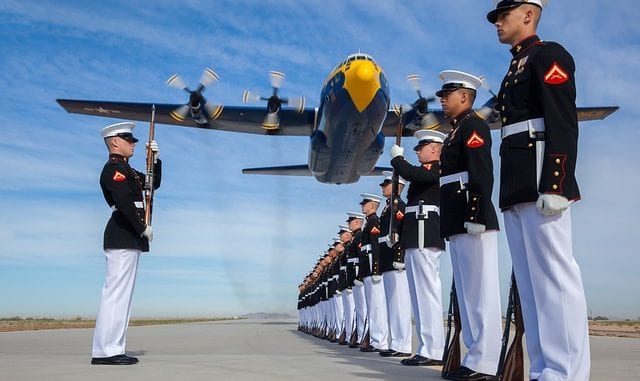 Any U.S. Marine caught sharing nude photographs of another person without their consent can be kicked out of the corps. According to a report on Federal News Radio, the policy on image sharing was tightened on May 10.

The change in policy is happening at a time as the Marine Corps continues to be embroiled in the “Marines United scandal”, where current and former service members put photos of unclothed men and women online.

In March of this year, the investigation expanded to gay adult websites and some Tumblr sites, per multiple reports, including USA Today.

The new language is part of the Marine Corps separation manual and specifically states that a Marine will be kicked out of the service for “the distribution or broadcasting of an intimate image, without consent, if done for personal gain; or with the intent to humiliate, harm, harass, intimidate, threaten or coerce the depicted person.”

Federal News Radio (FNS) reported they attempted to contact The Senate Armed Services Committee but were not given any more updates.

Commandant of the Marine Corps Robert Neller has called the scandal “embarrassing to our Corps, to our families and to our nation.”

The site where some photographs are reported to have appeared (The Marines United) may have been sharing photos for years, per FNS.

via GIPHY
Back in March, when the stories of unauthorized photo sharing began to gain traction, the Corps updated its social media policy and reminded Marines they face potential prosecution under the Uniform Code of Military Justice.

“Existing orders and the UCMJ have long prohibited sexual or other harassment, fraternization, retaliation, reprisal and hazing. Marines are reminded that their conduct, even off-duty or online, may violate Navy and Marine Corps orders and regulations,” the policy stated.

Shortly later, the Army released a letter on the conduct of soldiers that was similar to the Marines.

The March 17 letter made clear its expectations and stated, “leaders and influencers from the squad level up to talk about and demonstrate what respect looks like at work, at home and online.”

“To date, the Marines have identified more than 1,200 screen names in relation to Marines United — 725 belong to active-duty Marines, 150 to reservist and the rest to sailors and civilians. About 30,000 people used the site,” states FNS.