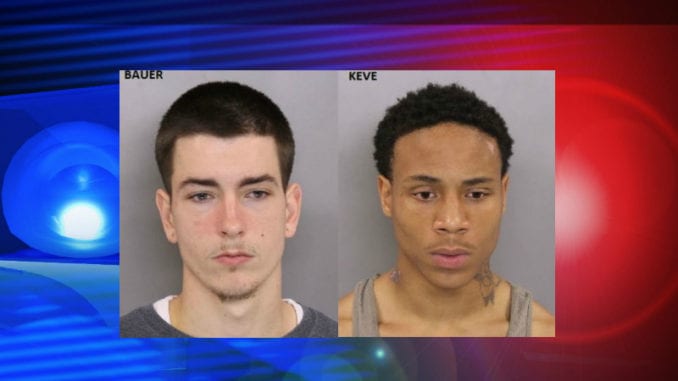 Baltimore County Police have arrested two men in connection with criminal activity that involved the use of Grindr and Jack’d. Specifically, officers have charged 21-year-old Matthew Bauer and 18-year-old Paul Keve with armed robbery, assault and other charges after they robbed a 24-year-old man.

Now cops need the LGBTQ community's help in finding other victims. We've include a tweet from the police in this story.

As reported by Baltimore’s WMAR:

“By day, the sound of the ice cream truck attracts children from throughout the Holabird East apartment complex under the watchful eye of their parents.

“It's a nice neighborhood and everything, but you do get the people that are a little… who you don't trust,” said Michele Wise, “So like I said, it's better to be safe than sorry.”

But in early March, a man calling himself “Josh” used a cell phone app called “Grindr” to lure a 22-year old male victim to this same complex with bad intent.

Police say when the victim showed up, he was surrounded by three men who assaulted him and robbed him of his cash and cell phone.

“What it boils down to is that these two people were looking for easy targets to rob,” said Peach.”

More: Man in Chicago charged after attack on male dancer

Now, Baltimore County Police are asking anyone else who may have been assaulted by the men to please step forward. They ask that you contact police at 410-307-2020 or Metro Crime Stoppers at 1-866-7LOCKUP.