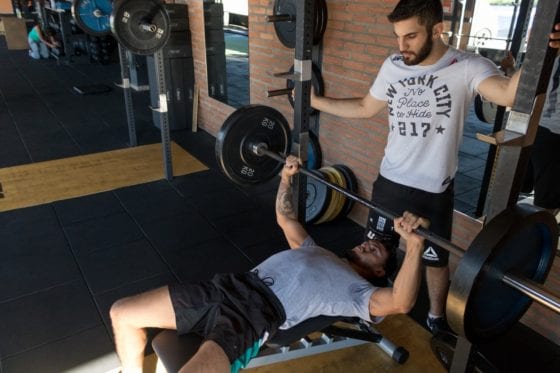 Do you compare your body to other men? Do you wonder if you are more (or less) attractive than other guys in your proximity? If the answer is yes, there may be a scientific reason.

A new study published in Evolutionary Psychological Science suggests that men are somehow wired to focus on the upper body aspects of other men – such as the chest and shoulder regions, more than women are.

Farid Pazhoohi, one of the study's authors, shared the following with PsyPost: “Our study showed that men rate men with larger upper body sizes more attractive and rate women with smaller shoulders (smaller upper body) more attractive, while women preferred an intermediate size of shoulders for both men and women.”

For this investigation, scientists asked 82 heterosexual undergraduate students to allow them to track their eye movements as they rated the attractiveness level of various male and female 3-D models.

The results showed major differences in how men and women judge the attractiveness.

In looking at the study, men appeared to focus more on the pectoral area of male 3-D models with higher shoulder to hip ratios. On the other hand, women did not appear to be focused on these areas using the same models.

Pazhoohi explained, “Gazing results showed that only men attend to variations in men upper bodies. In sum, men are more concerned with men’s upper bodies, suggesting they desire more masculine body forms for their mating success as well as in making the assessment of other men’s formidability.”

The study is one of the first of its kind, meaning further research is needed to generalize.

Still, in some ways, the findings make sense. Research conducted in the late 1990’s suggests that as a tribe, men focus more on physical strength than women when engaging in personal comparisons.

Perhaps this is why at most of the gyms I’ve visited, the chest and shoulder equipment is being hogged up by other guys. It will be interesting to see if new lines of research confirm the findings of this study.

For now, I’m going to bang out a set of 25 pushups. Do you compare the size of your chest to other men?