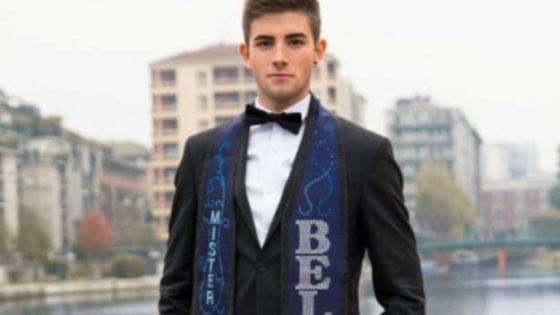 We have some sad news to share with you.

While walking around his home town of Roeselare, Belgium on Friday night, Deblieck was attacked from behind, pushed to the ground, stomped on, and called “a fucking homo.”

Deblieck shared the grave news of his attack the following morning after calling the police and going to the hospital.

The caption for the Facebook picture shared below translates to:

“Attacking me from behind and stamping is one thing. Calling me “fucking gay” after that, you're gonna regret it. I'm not leaving it here, you coward.”

More: Mr. USA Is A Man We Want To Get To Know Better

Jaimie Deblieck then later talked more about the attack. He also elaborated on his joy at seeing so many supporting him while he recovers.

“Your support is what is going to pull me through these hard days and for that I want to thank you from the bottom of my heart”, says Jamie Deblieck after a busy day in the media. “Last night's attack, apart from some muscles, I did not keep anything.”

“A complaint has been filed against the perpetrator and the public prosecutor's office will take this matter to the bottom, and I want to tell you why I chose to stand in front of the media.” A lot of people in our country just like me to deal with physical aggression because of their nature and are not yet daring to come out. ”

“That's why I decided to distribute my statement through the media landscape, such as the Unia, the police, gay clubs and the Uni-form app where you can report such matters. I tried this message today to share my best. “