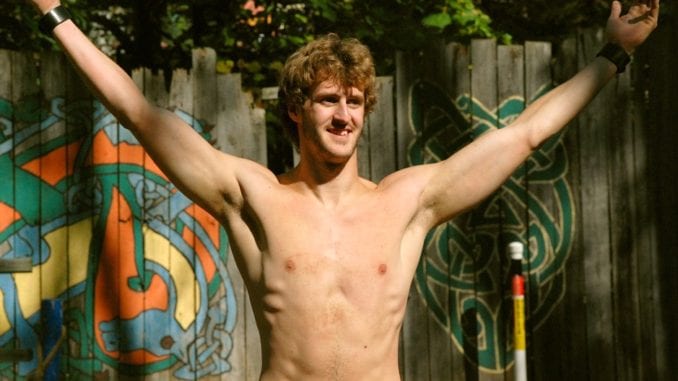 Yep – Mike’s one of those people who just can't resist showing off his spectacular grammatical skills. Don't get me wrong, he's a nice guy, even if he's constantly pointing out the difference between “your”, you're” and yours,” and becomes frustrated when somebody makes a grammar mistake.

Part of me wonders if he goes ape shit when he sees grammar errors in emails, too? I bet he does.

A study released earlier this year from the University of Michigan found that people who like to take on the role of grammar cop are complete a-holes (speaking non-scientifically of course), and that their need to act like jerks is partially the result of certain personality traits.

What's interesting is that the study determined that people who are extroverted are more likely to look past typos and grammatical errors, while introverted types are more prone to judge others who make errors harshly.

How was the study conducted?

Researchers took 83-participants and asked them to read email responses to an advertisement for a roommate.

A number of the emails had been altered to include either typos, such as tyme (time) or toady (today), or grammar errors, such as its/it’s, affect/effect, to/too. (My spell check is working overtime now).

Related: If you have few friends, science says you’re a genius

The researchers discovered that the people who had been determined “less agreeable” were the most irritated by the errors, and the folks who were thought to have more pleasant personalities were more likely to overlook typos.

“Agreeability” is a psychological term taken from a set of behavioral profiling measurements known as the Big Five Personality Index (BFI). Agreeability has the following descriptors: trusting, generous, sympathetic, cooperative, and not aggressive or cold.

“This is the first study to show that the personality traits of listeners/readers have an effect on the interpretation of language,” said Dr. Julie Boland, University of Michigan professor of linguistics and psychology, and the lead researcher in the study, “In this experiment, we examined the social judgments that readers made about the writers.”

via GIPHY
It turns out that according to the study, participants who found errors on the emails were much more judgmental about the writer. In fact, the less agreeable and cold participants rated down the emails of the sender.

There’s not much left here to say. This research might be a little nugget of knowledge to file in the back of your head for the future.

So the next time someone – like your boyfriend – jumps on you for your grammatical skills, you’ll have a little insight into their personality.

Why not bookmark this post and send it to the next person who jumps on you for a typo?