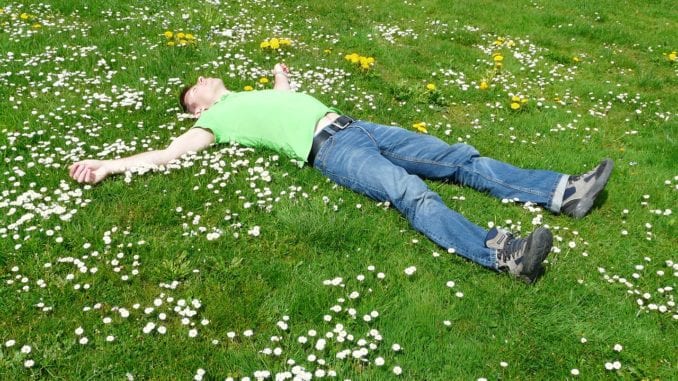 A new study published in Current Biology suggests trying to make up for lost sleep on weekends may be futile.

Men’s Variety spoke to sleep expert Arlene Englander, a licensed psychotherapist and board-certified hypnotherapist about the findings to gain insight. She helps clients to create healthier approaches to living.

“I’m not surprised with the [study’s] conclusions. The importance of a proper night’s rest cannot be minimized. It must be a priority because meaningful, restorative sleep is necessary in order to remain healthy,” Englander says.

“I wish that we could make up for lost sleep on weekends, but our bodies just don’t work that way,” she adds.

Investigators from the University of Colorado Boulder explored restricted sleep in two groups of healthy people who received (on average) four to five hours of sleep per night, in addition to a control group.

The study worked with three-dozen people between the ages of 18 to 39 over a two-week period. One group was permitted no more than five hours of sleep on any night, while the other could catch up on missing Z’s over the weekend. The control group was allowed to sleep up to nine hours each night.

On average, both sleep-restricted groups tended to snack more at night, gained weight and had signs of deteriorating mental health.

The sleep-restricted groups also gained an average of approximately two pounds during the study. They also became less sensitive to insulin.

It’s important to note that the group that tried to recover on the weekend saw insulin sensitivity decline by up to 27%, in contrast to the other group’s 13% drop.

While the changes may appear small, scientists cautioned that it was because short. They also warned people that the results would be compounded over longer periods of time.

“In the then end, we didn’t see any benefit in any metabolic outcome in the people who got to sleep in on the weekend,” said Chris Depner, the lead author of the study, who spoke to the BBC.

Various past scientific studies have shown that a lack of proper sleep can lead to an increase in health problems, including type-2 diabetes and obesity.

A 2018 report from the Centers for Disease Control and Prevention (CDC) revealed that one in three Americans don’t get enough sleep.

“As a nation, we are not getting enough sleep,” said Wayne Giles, M.D. in a statement attached to the report. He is the director of CDC’s Division of Population Health.

Similar to the findings published in Current Biology, the CDC report discussed how a lack of sleep can contribute to the onset of various health issues.

Englander echoes what was shared in the study and by CDC. “Sleep empowers physiological and psychological homeostasis. It’s all about balance and remembering that all of us have a body clock. In the absence of regular sleep, health concerns can and do pop up,” she says.

According to the American Academy of Sleep Medicine and the Sleep Research Society, adults between the ages of 18-60 years of age need at least 7-hours of sleep each night to achieve optimal health.