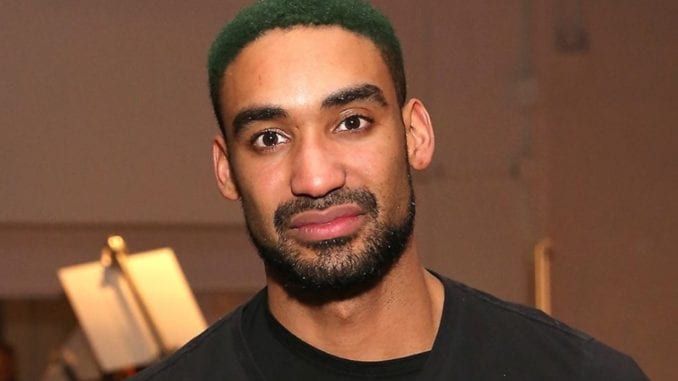 “I want to give voiceless a voice”

In a difficult revelation designed to help other men who have experienced rape, Zeke Thomas, son of NBA legend Isiah Thomas, appearing on Good Morning America revealed that he was raped twice by other men.

He hopes starring in a PSA released today by the National Sexual Violence Resource Center as part of Sexual Assault Awareness Month will help other victims.

“I want to give the voiceless a voice,” Thomas told Robin Roberts in the GMA segment this morning. “The healing really begins with the voice. The healing begins with, ‘This happened to me. I can get through it.'”

Thomas went on to add that he was “terrified” when he was raped again in 2016 and felt “that my manhood had been taken from me.” He shared that he did not press charges in either of the two cases because he “just wasn’t ready” and did not want to be thought of as a victim.”

“Being gay, being African-American, it’s definitely something that I never imagined would happen to me,” he said about being a rape victim. “At first I didn't realize what had happened, what had transpired. I knew that it was wrong, I knew that I did not want it. I did not seek it out. I hadn't let my family know until much later that this had happened.”

Raped from Man on Grindr

He explained more to NY Magazine:

“We had chatted on Grindr, and I had invited him to come by my studio since he was a singer,” he shared. “Nothing against Grindr. I’ve met great people on Grindr, I’ve had sex with great people on Grindr. I can’t blame an app. But you don’t know shit about people you meet on it.” In any case, they’d not hooked up right away. “He seemed like a great guy. We hung out at the recording studio. And then a couple of days later he said, let’s go to Boys Town,” the gayborhood in Chicago, “for a drink.”

He felt safe there: He’d had DJ gigs there. He knew bartenders. But by the time he realized something was wrong it was too late. “All I remember is … getting in the cab. I know that I got drugged. I knew probably the moment that it happened because something didn’t taste right. But I didn’t think about it. I just didn’t think about it.” The next thing he knew it was the next morning. “It was literally like with Bill Cosby. When those women were like: ‘I woke up and he was fixing me breakfast or whatever.’”

He pauses for a while, and then continues, quietly. “I woke up and he was handing me a glass of water and saying, ‘That was great let’s hang out again.’” He noticed that his dog was shut outside on his balcony, barking. And the guy leaves.

A National Sexual Violence Resource Center ambassador, Thomas hopes to “give the voiceless a voice.” April is Sexual Assault Awareness Month – something GPB has focused on with several stories.

“I’m not beggin’ for forgiveness but tonight I’ve come undone.

Let my spirit leave this palace, I can’t find the strength to run.”

“It was really through the process of, you know, I’m blaming myself, and I’m coming undone, and I’m trying to take my power back.”

See his PSA below: