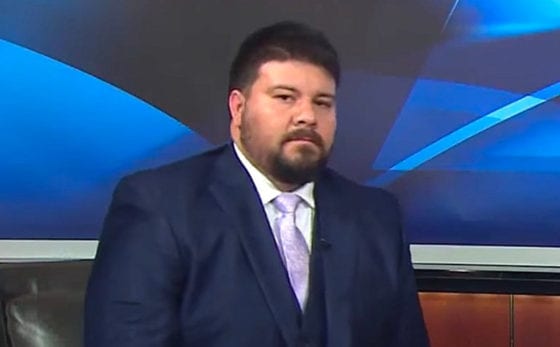 Condoms and strong smell of marijuana found in motel room

Oklahoma State Senator Ralph Shortey, a former Trump Campaign Chair, has resigned from office. Recently, he was caught in a motel room with a teenage boy.

As reported by local Oklahoma City’s channel 4 KFOR,  Shortey “submitted his resignation letter to Senate leadership Wednesday afternoon, less than a week after child prostitution charges were filed against him.”

His legal representative, Ed Blau, shared his letter of resignation to the Governor.

I hereby resign effective immediately from the Senate of the State of Oklahoma.

It has been my honor to serve the constituents of the 44th Senate District since 2010.  I appreciate the service the men and women of the Oklahoma Senate provide, and I recognize the need for the business of the Senate to proceed without distraction for the remainder of the legislative session.

He added an additional statement with his letter:

Earlier today, I submitted my resignation, effective immediately, to the President Pro Tempore of the Oklahoma Senate, as well as to Governor Fallin. I thank the constituents of Senate District 44 for the opportunity they provided to serve.

Because I take that responsibility seriously, I recognize that the charges against me are a distraction to their interests and the remaining legislative session, which should serve all Oklahomans.  My resignation is evidence of my respect for public service and the duties of our elected officials.  I ask for the privacy of my family – my wife and four daughters – as I defend myself of these charges.

As reported by KFOR:

“The charges stem from a Moore Police Department investigation that began when police were called to the Super 8 motel at 1520 N. Service Rd. for a runaway teen shortly before 1 a.m. on March 9.

Court documents said a friend of the teen watched him get into an SUV near his home.

The friend then followed the vehicle to the hotel where the teen was seen going into a room with an unknown man.

According to a search warrant affidavit, the friend called the teen's father, who then alerted police.

The man was later identified as Shortey.

Moore police found the 17-year-old boy – who has a history of soliciting for sex on Craigslist, according to his parents – and Shortey in the hotel room with evidence of condoms and a strong smell of marijuana.

Based on the police affidavit and prosecutors, Shortey sought to exchange money for sex with the teen.

Court documents lay out lurid messages that were sent between the teen and Shortey.”

The former state Senator now faces 3 felony charges. These include: Engaging in child prostitution, engaging in prostitution within 1,000 feet of a church and transporting a minor for prostitution or lewdness.

According to the the district attorney involved in the case:

“He offered him money for sexual contact, he then picked up that minor and took him to a hotel for that purpose,” said Susan Caswell, Cleveland County first assistant district attorney, at the time.”