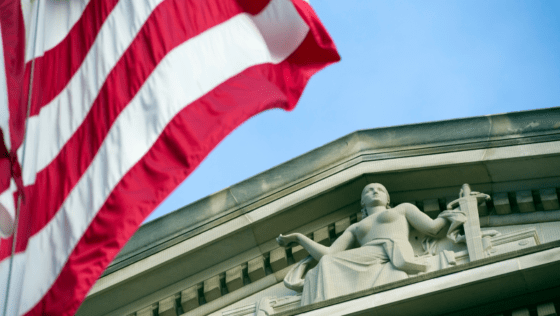 US Voted Against Banning Death Penalty

The United Nations just passed a resolution to condemn countries who use the death penalty to punish gay or bisexual people.

Unfortunately, 13 countries voted against the resolution, and guess what? The US was one of them.

Luckily, where the US failed, countries like Belgium, Benin, Costa Rica, France, Mexico, Moldova, Mongolia, and Switzerland were successful. Not only did the resolution pass with 27 countries voting for it, but the countries above are attributed with championing the resolution to its success and thus must be thanked.

Specifically, the resolution asks countries, “that have not yet abolished the death penalty to ensure that it is not imposed as a sanction for specific forms of conduct such as apostasy, blasphemy, adultery and consensual same-sex relations.”

It also urges nations ‘that have not yet abolished the death penalty to ensure that the death penalty is not applied against persons with mental or intellectual disabilities and persons below 18 years of age at the time of the commission of the crime, as well as pregnant women.”

While it's obvious Egypt would vote this way and it’s evident that the Trump Administration is no friend to the LGBTQ community, it is still amazing to think that the US didn’t vote against a death penalty for being gay.

André du Plessis, Head of UN Program and Advocacy at the ILGA (The International Lesbian, Gay, Bisexual, Trans and Intersex Association), spoke with PinkNews on the matter.

“No votes on this resolution as a whole are generally best-interpreted as a position by a country on the death penalty as a whole.

“It is important to point out that a ‘no’ vote on the resolution is not addressing same-sex relations, but the wider application of death penalty generally.

“The United States, for example, has the death penalty and has a consistent record of voting no on resolutions that are against it.”