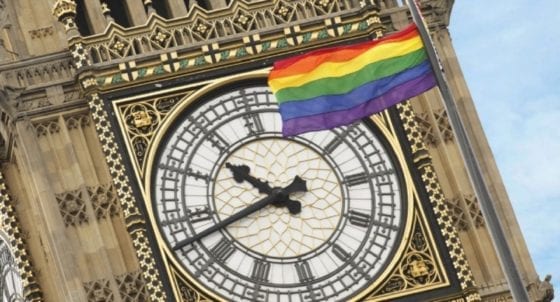 Shortly after the results were tallied, British Prime Minister Mr. David Cameron shared that he was planning to leave in October. He claimed England needed a leader committed to carrying out the will of the people.

“I will do everything I can as prime minister to steady the ship over the coming weeks and months,” said Mr. Cameron. “But I do not think it would be right for me to try to be the captain that steers our country to its next destination.”

The immediate response was a massive hit to financial markets, with the British pound hovering at its lowest level against the U.S. dollar in nearly 30 years. But the long-term effects await to be seen.

What does Great Britain's exit from the UK mean for the British people and the larger international LGBT community?

The far-right UK Independence Party (UKIP) was a major supporter in the movement to leave from the EU, and will likely try to use this victory to gain more power in Parliament.

“Dare to dream that the dawn is breaking on an independent United Kingdom,” declared UKIP leader Nigel Farage.

Various UKIP leaders have been calling for the re-criminalization of homosexuality, a ban on HIV-positive persons entering the UK, and the repeal of marriage equality in Great Britain.

Mr. Cameron’s inability to keep Britain in the EU is prompting his exit from 10 Downing Street—meaning LGBT Britons are losing a strong ally who helped bring marriage equality to the country.

“I am very proud and very honored to have been Prime Minister for six years,” Cameron said in a press conference after the vote. “I believe we’ve made great steps… building a bigger and stronger society, and enabling those who love each other to get married, whatever their sexuality.”

He added, “The British people have voted to leave the EU and their will must be respected.”

Brexit also means the Great Britain will have far less influence on other European nations to improve the situation for LGBT persons. And LGBT immigrants from outside and inside the whole of Europe will likely face greater barriers.

The withdrawal of Great Britain, Europe’s second largest economy, places the entire European Union is very real jeopardy. Should it ultimately dissolver, countries who improved their LGBT laws in order to gain admittance could easily return to their old oppressive ways.

This is a developing story. All we can do is see what happens.