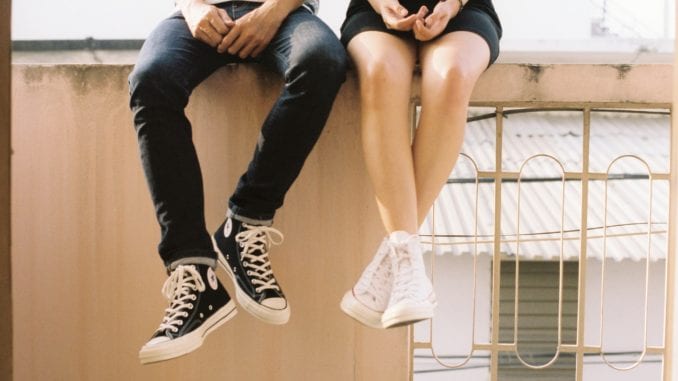 Breadcrumbing, dating, and you.

Ever hear of breadcrumbing? Here's the short definition. Breadcrumbing is when someone holds on to you by a string.

Rather than just ending things or refusing to talk (ghosting) breadcrumbers do the bare minimum to boost your hopes while never committing – to anything.

In this way, they can still get down your pants or stroke your ego without having to emotionally invest.

FYI: Some people also use breadcrumbing as a form of breaking up without actually severing ties.

But once they find someone they are ready to get serious with, they ghost out. If you've ever had this happen, you know how brutal it can be.

That's why it’s best to nip it in the bud immediately. Here’s 10 signs to look for if you think you’re being breadcrumbed.

Read each one and look for patterns of behavior as opposed to one individual sign.

1. She keep pushing off planned dates

This is a strong clue that she has no intention of meeting up. If you’ve met online, this may also be a sign that she’s catfishing you or already partnered.

2. Planning a second date is impossible

This is one sucks because characteristically, the initial date usually goes well (if it ever happens).

But when it comes time to plan a second date, it becomes a herculean chore. Strangely though, she still texts you occasionally to “check in”.

3. When you call her out, she changes temporarily

Simply put, when you tell her she’s breadcrumbing you, she denies it and then pays attention to you for a few days. The reason? To prove she’s not “one of those jerks that ghosts.”

But the “change” doesn’t last long because before you know it, she’s back to her old ways.

When you are being breadcrumbed, the person literally makes you their last priority. Typically, the only time she’ll hit you up is when she’s bored… which doesn’t happen often.

When you do get a text from a breadcrumber, the content is usually mindless and stupid. When you respond, it takes forever and a day to get a reply – which usually is a one or two-word response.

Many breadcrumbers will appear and then disappear in your life. When this happens, it’s usually on Facebook. Example, out of the blue, they suddenly “Like” one of your posts.

Afterwards, you won’t hear from them for weeks. That is until they randomly “Like” something you have shared again.

When texts do occur (again infrequently) they typically occur after midnight, while you are sleeping.

Maybe she’s looking for a quick booty call. Or, she could be breadcrumbing you.

8. Interactions are a struggle

A major characteristic of breadcrumbing is the feeling that conversations are forced. In other words, trying to get her to talk is like pulling teeth.

If dialogue doesn’t flow organically and it seems like you really have to think about questions before asking, it’s a likely sign of breadcrumbing.

9. After you’ve moved on, she comes back again

Breadcrumbers hate it when you move on. Remember, their goal is to keep you hanging by a thread.

When they sense you have set your sights on someone new, they suddenly reappear back in your life.

The final sign of a breadcrumber is playing the victim. Example: she lays a guilt trip on you: Why haven’t I heard from you?

When you do try to engage, she goes right back to her old behaviors. Breadcrumbers love doing this!