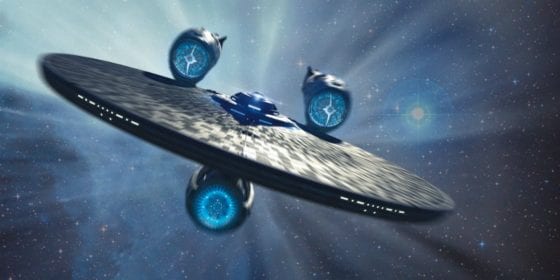 Star Trek is part of Americana. How many of these facts do you know?

Star Trek is one of the biggest movie franchises of all time. Since first appearing on television back in 1966, the Enterprise crew and characters have become firmly embedded into our American psyche. Who among us doesn’t know the difference between a Vulcan and a Klingon?

As we celebrate Star Trek’s 50th anniversary – and the release of Star Trek Beyond – we thought it might be kind of fun to present 10 facts about Star Trek that might surprise you. And because of the focus of this blog, we’ve even thrown in a little gay history to boot!.

Be sure to vote in our poll at the end of this post. Time to get your Star Trek on baby – phasers on stun!

1. ‘Star Trek Beyond' May Be Cursed

As the great Tim Bisley once wisely put it, “every odd numbered Star Trek film is shit.” Though the verdict is still out on the overall quality of the latest odd numbered film in the franchise, ‘Star Trek Beyond' certainly has an uphill battle ahead of it in terms of backstage drama.

First, it lost director J.J. Abrams to the ‘Star Wars' franchise before also losing writers Alex Kurtzman and Roberto Orci to career obscurity. Next came a disastrous first trailer followed by the unfortunate and untimely accidental death of Anton Yelchin.

The latest news comes by way of the fact that the character of Sulu in this “Kelvin Timeline” will be revealed to be gay in the upcoming movie, done to honor original Sulu actor George Takai, a gay man himself.

This tribute seems to have backfired in spectacular fashion, however, as Takai recently came out and has said that he found the revelation “very unfortunate” and that he wished they would have just come up with a new gay character instead.

Many people know that the original series is famous for having the first interracial kiss on American television. What you might NOT know is that it wasn't Kirk who was originally supposed to lock lips with Uhura, but Spock!

When William Shatner found out that history was about to be made and that he had no role in it, he quickly forced a series of script changes that saw him get placed front and center at this key moment in television history.

Another surprising fact is that Spock originally had a much more alien-like appearance than he would eventually go on to have. In addition to his ears and high eyebrows, he was also supposed to have red skin.

The fact that the color red tended to come off as black on black and white television sets, which were still incredibly prominent when the show premiered in 1968, nixed this idea.

4 Eddie Murphy was Supposed to be in Star Trek IV

Eddie Murphy, like so many of us, is a long-time Trek fan going way back – to the point where he was actually going to star in one of the original series movies at one point during the 1980s at the height of his fame. 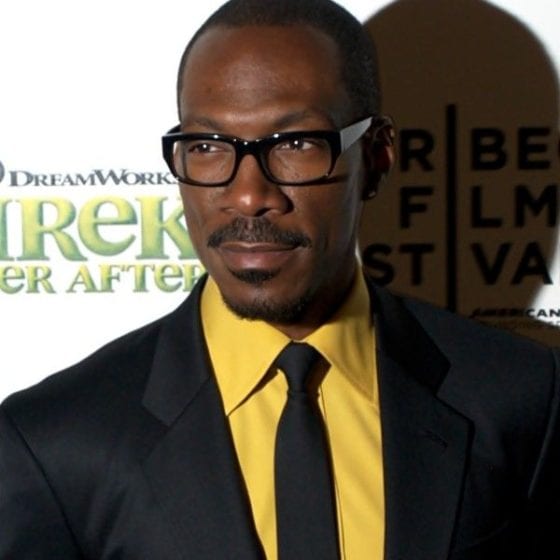 Several scripts were written with characters that Murphy could play, but he was unsatisfied with all of them and the deal never came to fruition. One of those scripts was rewritten heavily and eventually became “Star Trek IV: The One With the Whales.”

A number of notable people have appeared on Trek shows or in Trek films over the years (Christian Slater has one line was an Enterprise officer, for example), but the only person to ever actually cameo as THEMSELVES is Professor Stephen Hawking.

He made it into an episode of “Star Trek: The Next Generation” back in the day.

6 William Shatner Claims to Have Never Watched the Series

William Shatner, who has made a career out of being a guy who is much too cool for the room for the better part of 50 years, has long claimed to have never really sat down to watch the original series in any type of appreciable way.

When you consider the fact that he's written a ton of different novels set in the original series continuity starring his version of Captain Kirk, you have to wonder how true this really is.

The upcoming revelation that Sulu is gay in “Star Trek Beyond” is not the first time a gay storyline has been attempted in the 1960. Gene Roddenberry was known as a boundary pusher in the 1960s, but that was one line that he was never able to successfully cross – but not for lack of trying.

Even around the time of “Star Trek: The Next Generation” writers would regularly pitch gay stories, but they were all blocked by producer Rick Berman at the time.

Out of all the things that “Star Trek” is famous for, creating its own language with the Klingon race is undoubtedly right at the top. However, many people don't realize that it wasn't a team of Hollywood screenwriters who sat down and decided what the Klingon language sounded like – it was actually Scotty himself, James Doohan.

The fun part is that he doesn't actually seem to have done this for any one particular reason. He was intrigued that Klingon was spoken with subtitles in the beginning of “Star Trek: The Motion Picture” and decided to sit down one day and see what he could come up with. Writers have come along since to help flesh it out further.

9. Do Vulcan's Have Chest Hair? It Depends on Who You Ask

Gene Roddenberry was notorious for being very set in his ways, and the fact that Vulcans absolutely do NOT have chest hair. That is, until Lawrence Montaigne came along and landed the role of Stonn and refused to shave his chest, no matter what.

After the agents had to get involved (as Hollywood agents are won't to do), it was all eventually worked out – though Montaigne did say that Roddenberry hated him for the rest of his life.

10. Spock Died Twice to Battle One of the First Spoilers

Spock dying at the end of “Star Trek II” is legendary – but many people don't realize that his “death” at the beginning of the film is only there to act as a red herring. You see, Gene Roddenberry was essentially off the franchise at that point and when he heard Nicholas Meyer was going to kill Spock, he really wasn't feeling it.

So he let that little fact slip at a convention, which quickly spread like wildfire even in a world without an Internet. Not wanting the end of the movie spoiled, Meyer had Spock “die” in the opening scene so that people would think “Oh, maybe that's what he meant. Oh well!” and the rest is history.

OK time for a quick poll. Be sure to come back and see how you stacked up against your fellow Trekkers!