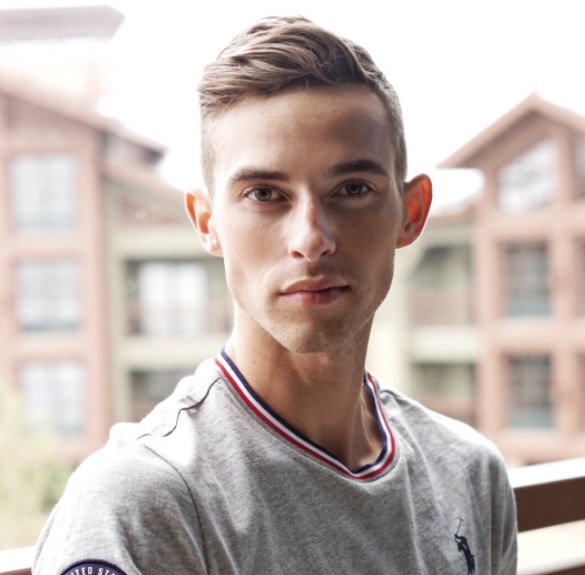 He wants to remain and support his U.S. Teammates

Adam Rippon, the Olympic figure skater who became a huge hit with fans, has politely decided to turn down a lucrative offer from the folks at NBC to be a commentator for the remainder of the 2018 Winter Olympics.

According to sources, he would have worked on television, social media, and other platforms.

I am flattered that NBC wanted me to work as a correspondent for them here in PyeongChang. Doing this would require me to leave Team USA and move out of the Olympic Village. I don't want to do that so I had to declined the opportunity.

Rippon, 28, helped the U.S. men's team capture a bronze medal in the free skate competition. Last month, he made headlines when he openly criticized Vice President Mike Pence, referring to the politician as the man who “funded gay conversion therapy.”

He also pledged that he would decline any invitations to the White House post-Olympics to spend time with President Donald Trump or Pence, respectively.

Sharing on Twitter that he would be declining the position, Rippon wrote:

“I am flattered that NBC wanted me to work as a correspondent for them here in PyeongChang.

Doing this would require me to leave Team USA and move out of the Olympic Village. I don’t want to do that so I had to declined the opportunity.

More I love being on Team USA and representing our country. My teammates were there for me during my events, and now I NEED to be there for them.

“I look forward to being with them, and I’m very excited for the rest of the competition. Go Team USA!!!”

Rippon was humble and paid tribute to the “overwhelming” support he’s been given as one of the first openly gay men to compete at the Winter Olympics after his bronze victory earlier in the games.

The REAL one for I did for TV says “my mom” but, like, I needed this one for myself because it was the first thing that actually popped in my head and I thought I was so funny.

Apparently, the athlete has been flooded with letters from gay teens since stepping into the spotlight.

David Baden, Rippon’s agent, told USA Today that one message had a major impact on the skating star.

It was sent from an 18-year-old man from Midwest, who revealed he was gay but comes from a family that doesn’t accept his sexuality.

Thank you @attitudemag for a great interview. Living my best life in a locker room shower.

“The young man said he’s been struggling so much and felt he had no way out,” Baden said, “but when he heard about Adam’s story, he felt that Adam was giving him hope.

He said Adam’s bravery inspired him to write and that even though he’s still struggling, seeing Adam as such an incredible example helps him.”

When Baden passed the email on to Rippon, the athlete was immediately moved. He responded:

“Absolutely. It’s so important. I would just tell him that there’s nothing more liberating than to really own who you are.

It’s one of the best feelings in the world to be comfortable with who you are, not care what other people think and just really embrace your true potential because that’s really when you realize that anything is possible.

I think that being vocal has kind of given my skating more importance,” Rippon added.

“It’s not just for me. I go out there because it’s not just, oh, I was a young gay kid. Everybody can relate to being different, or feeling like they’re not good enough.

I had those doubts too. I can go out there and I want to show those young kids that anything is possible.

It doesn’t matter where you’re from or what other people say about you.

You can put that all behind you and you can go out there and you can show the world what you have to offer.

I think coming to the Olympics has been a really wonderful opportunity for me to share my viewpoint. It’s given my skating a greater purpose.”