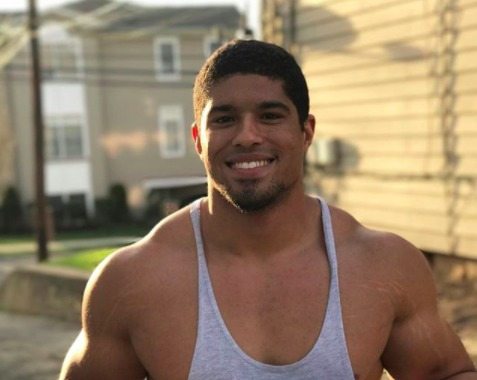 Anthony Bowens is coming out again, but this time as gay and not as bisexual.

The professional wrestler has been a big advocate for bisexual visibility and against bi-erasure, but it looks like things have changed according to new YouTube and Instagram uploads.

On Instagram, the athlete posted a screenshot of a longer message about his own sexuality.

“Just about two years ago I came out as bisexual which was truly how I viewed myself at the time. However, over the last 6 months or so I’ve started identify less and less with that label to the point where it doesn’t feel like it’s ‘me' anymore.”

Bowens says that he now would prefer it if people referred to him as gay from now on.

Hello everyone, PLEASE READ, if you have the time. If you want more of an explanation head to the Michael & Anthony channel and watch the video. Thank you and Happy New Years! #gay #instagay #lgbt

Of course, Bowens also published a YouTube video where he could elaborate more on the label change and also address some expected reactions.

“It’s on to a new year, a new journey and, apparently, a new label,” wrote the 28-year-old athlete.

Most importantly, Anthony Bowens wanted to express that people shouldn’t get angry because he’s finding what label he's comfortable using for himself.

“There are some people out there who will use that just because they are afraid to say that they’re gay, but not everybody’s like that, and I don’t think they should be judged for it because everybody has their own way of figuring themselves out,” explains Bowen.

“Please don’t be a hypocrite,” implores Bowen. “I think it’s very hypocritical as people who identify as LGBT who get judged by a lot of people about our lifestyle, then turn around and judge others in the same community.”

About Devin Jackson Randall 412 Articles
Geek by chance, and an artist by birth. Devin is a journalist and blogger who's always glad to share insights and developments on men's issues. Aside from news stories, he often writes about the roles placed upon men by society, and how both affect the relationships around us. Click on the hyperlinked text to follow him on --> Twitter. Email him at --> [email protected]
Website Twitter