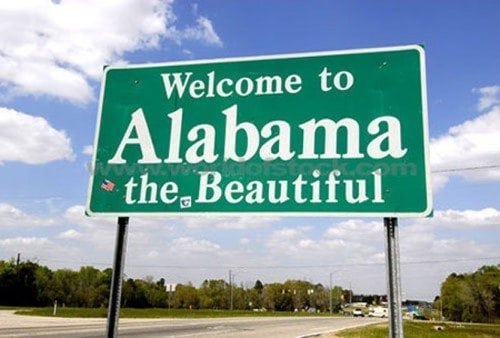 Last week, Alabama Legislators passed an extreme anti-LGBTQ Bill that would allow adoption agencies in the Yellowhammer State to cite its “sincerely held religious beliefs” and refuse to place children with in qualified LGBTQ homes.

And the new State Governor, Kay Ivey, is expected to sign it per a statement from her spokesman to the Washington Blade. [She] “plans to sign it pending a legal review,” said, Eileen Jones.

The Human Rights Campaign (HRC) denounced the Alabama State Senate and Senate President Pro Tem Del Marsh for passing the anti-LGBTQ H.B. 24. HRC Alabama calls upon Governor Kay Ivey to not sign this bill, which would most harm the children in Alabama's child welfare system.

“Plain and simple — H.B. 24 is discrimination dressed up as a ‘solution' to a fake problem,” said Eva Kendrick, HRC Alabama State Director. “It creates an unnecessary hardship for potential LGBTQ adoptive or foster parents in Alabama and primarily harms the children looking for a loving home. It's unfortunate that leaders continue to push this bill, even as child welfare organizations, faith leaders and fair-minded Alabamians are standing up and calling this bill out for what it is: discrimination. We now ask Governor Kay Ivey to not sign into law this harmful bill.”

More than 50 faith leaders wrote an open letter to legislators in Montgomery opposing this extremely harmful bill. In it, they drive home the point that their faith does not call for discrimination, but instead, to serve all — “regardless of sexual orientation, gender identity or any other perceived “difference.”

H.B. 24 would allow state-licensed child-placing agencies to disregard the best interest of children, and turn away qualified Alabamians seeking to care for a child in need — including LGBTQ couples, interfaith couples, single parents, married couples in which one prospective parent has previously been divorced, or other parents to whom the agency has a religious objection.

“H.B. 24 is discrimination dressed up as a ‘solution' to a fake problem”

The measure would even allow agencies to refuse to place foster children with members of their own extended families — a practice often considered to be in the best interest of the child. A qualified, loving LGBTQ grandparent, for example, could be deemed unsuitable under the proposed law.

Research consistently shows that LGBTQ youth are overrepresented in the foster care system. Many have been rejected by their birth families because of their LGBTQ status, and are especially vulnerable to mistreatment and discrimination while in foster care.

This bill would only make worse the challenges faced by LGBTQ young people.

In 2014, HRC launched Project One America, an initiative geared towards advancing social, institutional and legal equality in Alabama, Arkansas and Mississippi. HRC Alabama continues to work to advance equality for LGBTQ Alabamians who have no statewide protections in housing, workplace, or public accommodations; or legal state recognition for their relationships and families.

Through HRC Alabama, we are working toward a future of fairness every day — changing hearts, minds and laws toward achieving full equality.