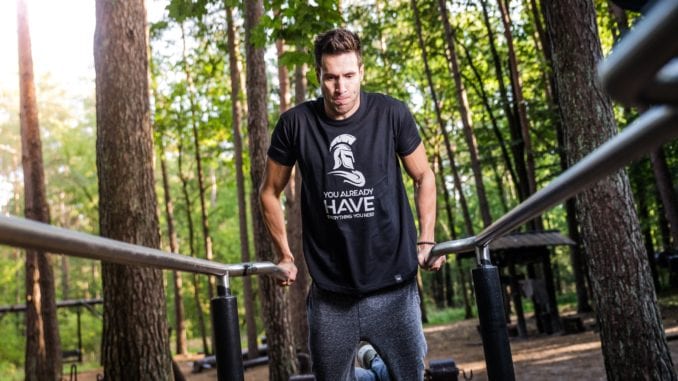 Earlier today, I was reminded of a former hashtag and trend that I’d like to see return. A couple of years ago, I was minding my own business and scrolling through Twitter when I was suddenly affronted with the picture of a man’s junk barely covered by a pair of grey sweatpants. While shocked at first, I took the time to investigate what was the meaning of this post. Why was a friend suddenly presenting himself to me and the world? What was that thing poking out from underneath? What would it look like unsheathed? And was there more?

Thankfully, I then saw that the tweet included the hashtag #greysweatpantschallenge on it. After a quick click, I found my way to a world of bulges and cheap clothing. And I loved it! But sadly, the rest of the internet mocked these bulged out men into hiding again (more on that later).

“Grey sweat pants challenge? Lemme see,” she wrote before adding a laughing emoji. But sadly, the trend didn’t take off for a second time. So in this case, even the Kardashian influence wasn’t enough.

And now a year after that comment and a few years after the original trend, I just have one question. Can we bring back the #greysweatpantschallenge?

Problems of #greysweatpantschallenge : if the mushroom head ain't revealed, then stop wearing it pic.twitter.com/STsZBj038f

(While I would like to share more with you all, Men's Variety has to stay somewhat family-friendly. So instead of posting the pictures here, I'll add some links here for you all to click on and find some random pictures that I enjoyed in my personal perusing).

The Joke Posts Too

Of course, the reason the hashtag disappeared is that it was laughed off the face of the internet. Whether it was out of disgust, body issues, or a mixture of both, the trend quickly evolved from guys’ pants showing off their junk to guys stuffing junk in their pants.

The running gag and trend became people stuffing random objects like tvs, plants, food, and more into their pants to make it look like a bulge. Then, eventually, people threw out the whole bulge idea and just stuffed things into their clothes with increased dramatics. Some even stuffed their friends and pets into their pants. (Honestly, that last bit was a bit concerning).

So while I just want to see the bulges again. I’d also like to see some of the jokes again. Both kinds of #greysweatpantschallenge pictures were great. As long as the jokes leave out the shaming, I’d be happy to see their return.

So ultimately, I’m reaching out to the men of Twitter (and Instagram). Can you bring back the #greysweatpantschallenge? Both sides of it? And even better, can we make it an annual thing? Thanks, from a concerned citizen.