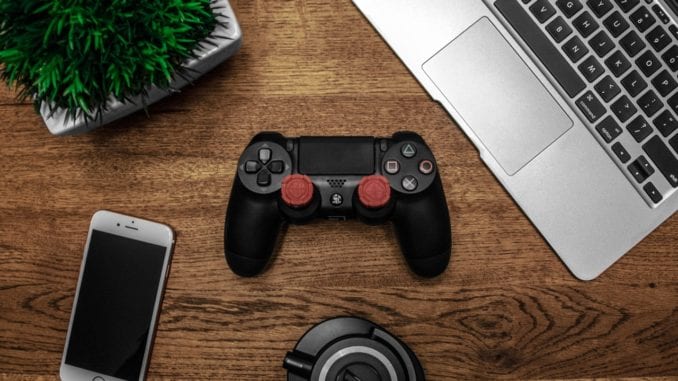 Choosing your next video game can be nerve-racking. There are so many choices and some of them are so expensive. So, before you spend all your cash, check out these top 5 tips for buying new video games.

Look for Reviews from Experienced Gamers

One of the benefits of the gaming community is that everyone’s got your back when it comes to buying new games. You don’t have to gamble on a new video game when there are so many opinionated gamers out there who love to rant about them.

Even if I love a new game trailer or I’ve already bought a previous game in the series, I still look for online reviews. That’s because I’m not a gaming expert. I don’t have time to log in the hours it takes to become an aficionado. I just like to play every now and then when my wife banishes me to the living room couch.

So, I rely on experienced gamers to tell me the good, bad, and ugly of new video games. You can find detailed reviews on sites like IGN or just troll through the comments on Steam. I try to do a little bit of both.

When you watch or read a video game review you find out pertinent information. Does the game have any glitches? Is it exciting to play, or does it get boring after an hour or so? You also get minor details that are like hidden gems.

Before I bought “Ghost Recon Wildlands” I watched a detailed review on YouTube. I found out that the vehicles were extremely difficult to maneuver, and the missions tend to get redundant over time. This came as a shock to me because it’s advertised as this endless open world shooting gallery that never gets old.

I still wound up buying “Ghost Recon Wildlands” but I waited for a while. Seeing a few reviews gave me cause for pause and I bought a different game first. Once I was done with it, I came back to Wildlands and bought it as a previously owned title.

Watch Walkthroughs of the Game

Unless the game you’re interested in is brand spanking new, there’s a good chance that someone has played the entire game and posted what’s called a “longplay” or “walkthrough” online. This is a full viewing of the game’s story mode from beginning to end.

Checking out a game’s walkthrough is one of the best ways to measure whether you’ll enjoy playing it and how long you’ll likely spend with it. Some games are rather short and only take a few dedicated hours to play through. For example, here is a full walkthrough of “Transformers Prime” on the Nintendo Wii platform.

As you can see from the video, the entire story mode can be played in two and a half hours. As a point of comparison, check out this longplay of “Lego Batman 3”. The full story mode takes over six hours to complete. Now, some people might not care all that much about the story mode, even though this is the main focus of the game. However, if you’re dropping down some serious coin for a AAA game, then you might want to consider how much value you get for your money.

Some games like “Grand Theft Auto V” have tons of bonus content, side missions and diversions that will take you beyond the story mode for hours and hours. So, before you buy a game, it will be helpful to find out how much content is available for users.

There’s almost nothing more frustrating than buying an expensive game, firing it up and realizing that your platform doesn’t have the system requirements to play the game seamlessly. Trailers and commercials for new video games show the very best performance. Your experience might be different.

You might not experience this sort of problem if you’re using a Wii or smartphone. Most of those games are well-suited to the platform, even released exclusively for those devices. However, when you get into computer games, Playstation and Xbox games, you’d better do some research.

For example, one of my favorite games is “Endless Space 2” for PC. It’s a sprawling 4X turn-based strategy game that is so addictive. I bought it for my Hewlett Packard desktop and couldn’t stop playing it. Yet, when I tried to play the same game on my Acer laptop, I wanted to bang my head into the wall.

I couldn’t get the game to even load. You’ll find similar problems with framerate hiccups and poor resolution on console games. So, don’t judge by the trailer. Check out the system specs on your device and read the fine print on the game to see if you’ve got a good match.

See What Games Are Coming Next

Have you ever bought an expensive video game, then two months later a better game shows up on the market? It’s super frustrating. So, before I buy any new video game, I always check to see what games are coming out next.

In fact, I keep a calendar on my smartphone that tells me all the latest games and their release dates. This way, I can plan my gaming itinerary (yes, that’s a thing) before I start spending money. I’m pressed for time more than I’m pressed for money. So, I need to plan which games I buy.

“Doom Eternal” comes out in March of 2020, but that new “Final Fantasy 7 Remake” is dropping just a few weeks later in April. According to my strategy, I’ll wait on Doom and grab the FF7 Remake instead. Not only will this save me time, but I can come back around to the Doom Eternal game and find it previously owned for a cheaper price later.

Me: Yes, I can't waiting for playing

If you’re on a tight budget, you might not be able to buy all the games you like. Sometimes, I spend days just reviewing my calendar and trying to eliminate games that I can live without. Some games are very similar. So, see what’s out there and avoid loading up on one type of game.

Shop Around for Special Deals

The worst time to buy a video game is the first day or first week of its release. The price point is at its absolute highest because everybody’s been waiting to play it. I’m guilty of buying games during their release week, too. And it can be so frustrating to play a bad game if you spent top dollar on it.

Luckily, savvy gamers can find special deals on games, even brand-new ones, If you know where to look. The most obvious way is to pre-order video games. It’s not always cheaper, but you might be able to shave a few bucks off a new release by pre-ordering. You should only pre-order if you’re worried about guaranteed stock and you know for sure that you will love this game.

If you’re into PC Games, then I’d recommend you check out Is There Any Deal where you can comparison shop for video games.  This site lists a few different reputable online game stores and you can catch real deals on ITAD from time to time.

One of the most difficult ways to save money on video games is just waiting. I know it’s so hard, but if you wait just a few weeks, maybe even a month or two, then the price for your favorite video game can drop by as much as half.

Video game stores often do buybacks on new games and offer discounts on previously owned titles. So, maybe somebody bought the game brand new and didn’t like it. They traded it in for a different game and the store is now selling it for a cheaper price.

There’s no need to put your foot through your flatscreen because you bought a crappy game. Other gamers can help you wade through the soup so you can find the right game at the right price. Check out a few reviews online before you buy.

Take a look at some walkthroughs before you get a new game. You might be surprised that the hottest new game only takes an hour and a half to beat and has absolutely zero replayability. Open world games like GTA V have higher value because after you complete the story there’s still loads of things to do.

You should fight the urge to buy a video game simply because the trailer was awesome. Your PC or gaming platform might lack the system requirements to replicate those results. You should also check the release dates of other games, so you avoid buying two games that are virtually the same.

Lastly, shop around for deals. There’s no need to pre-order or buy a game on the release date just because everybody else is playing it. In fact, lots of people wait a few weeks and save a bundle of money. Why can’t you?

I hope you found these tips helpful. There are lots of great new games coming out and I want you to enjoy them all. And please be sure to share this list with your battle buddies.