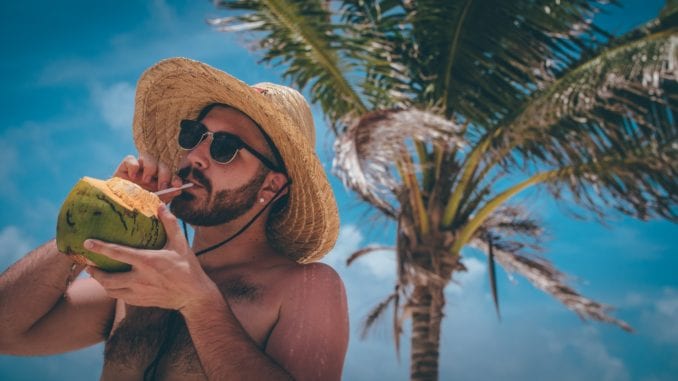 Coconut water: the hangover cure you may have never seen coming.

In the past year or so, I’ve discovered the great gift that is coconut water. Prior to this, I had sworn off the stuff because it wasn’t to my taste. But after going on a few party binges with friends, I was introduced to the powers of the drink. They recommended coconut water for hangovers because it hydrates you, is full of good nutrients, and is a generally refreshing drink while you’re sick with headaches and nausea. Eventually, I jumped the gun and tried the trick. Now, I’ll never be the same.

But why is coconut water so good for you after drinking? Well, the running explanation is that it helps with brain shrinkage. If that word sounds extreme to you, it shouldn’t. It simply explains the headaches you experience while hungover. Your body tries to flush the alcohol out of your system at night (hence the constant peeing). When you wake up without getting rid of the alcohol, your brain system regrets it.

As nutritionist Shona Wilkinson told the Daily Mail, “Our brain is around 70 percent water, and dehydration can lead to brain shrinkage, which is what causes the pain.”

So how do you fix this? Well, some would think you just need to hydrate with water. But unfortunately, water doesn’t help as much as we’d like. Instead, try coconut water. The reason being, it’s loaded with substances that will balance you out such as sugars or electrolytes like potassium.

But there are other beneficial properties to coconut water too. It encourages your bowel movements, it boosts immune function, it prevents bacterial and viral infections, and it keeps your body cool. Plus, it’s naturally sweet and delivers a different flavor than regular water. 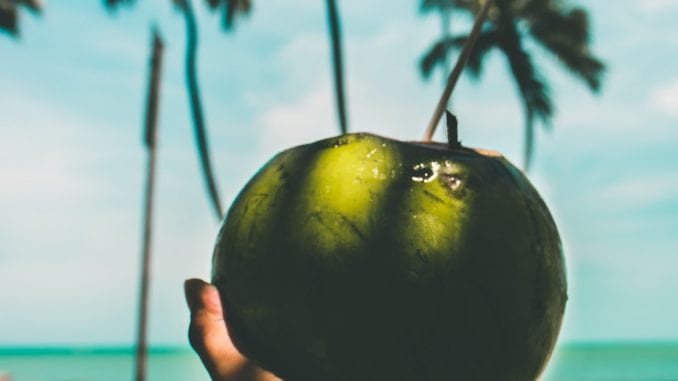 What Does Science Say?

But is this scientifically proven? So far, not yet. Right now, there are hundreds of hangover cures like drinking raw eggs. Many of these hangover cures are largely untested by scientists. Guess they have better things to research. Despite that, there’s heavy interest in the coconut water cure and many vouch for it to this day. Plus, some researchers are aware of the idea. They just haven’t gotten around to testing it yet.

“There’s a lot of hype about coconut water,” Lillian Cheung of the Harvard School of Public Health told WebMD. “Yet the research is just not there to support many of the claims and much more research is needed.”

Until researchers catch up, test it out yourself and let us know if it helps.