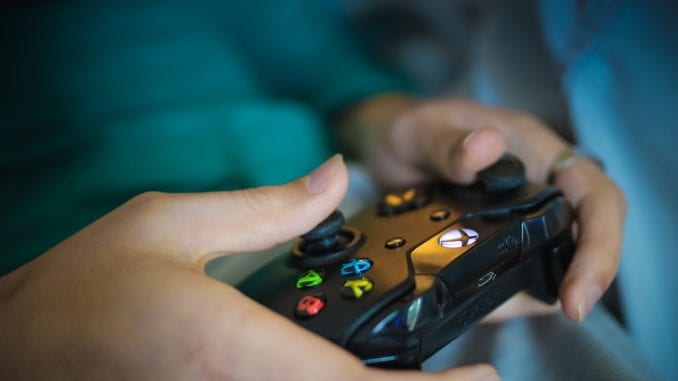 Get ready to put in some serious gaming hours in the second half of 2019 and early 2020. There are quite a few top tier sequels on the horizon as well as some groundbreaking original debuts. Basically, anything goes for new video games in 2019 and beyond.

Hints of new consoles from Sony and Microsoft haven’t deterred game developers from cranking out excellent titles for Playstation 4 and Xbox One.

Nintendo Switch gains ground as the go-to handheld device with games like Legend of Zelda: Link’s Awakening and there are some PC hard-hitters on the way such as the new park sim Planet Zoo and shoot ‘em up Doom Eternal.

Related: The Future of Gaming…it’s Complicated.

Here is the complete list of new games that’ve got our trigger fingers itching for action.

B.J. Blazkowicz’ twin daughters take the reigns as protagonists in this sequel to Wolfenstein. From the looks of the trailer, killing Nazis never gets old and this first-person shooter is filled with heart-pumping romps through 1980s Paris.

Just be aware that there are microtransactions in this game where you can spend real money to buy booster packs and certain cosmetic items. Wolfenstein: Youngblood is available on Switch, PS4, Xbox One, PC and Stadia.

The makers of the Max Payne series, Remedy Entertainment, have developed a third-person action adventure game that will also deliver an intensely immersive narrative.

Legend of Zelda: Link’s Awakening will make heads explode when Nintendo releases their updated version of the Gameboy RPG classic this September on the Switch. This game will get scooped up by longtime fans of the franchise who want to relive the glory days of their last adventure. It’s also sure to attract new gamers who are eager to drain their days finding hidden rupees and exploring top-down dungeons.

The Gears of War franchise never disappoints in terms of action, gore and re-playability. The next installment, Gears 5 has a deeper narrative than previous games in the series. It follows a female protagonist through a dystopian world as she struggles to find the source of the Swarm, all while spilling mutant gore by the keg. This game is great for co-op mode and up to 3 players can join forces at a time. Look for it on Xbox One and PC.

This funky little action slasher game took everybody by surprise when the first trailers started showing up earlier this year. What started out as a cheeky April Fool’s joke actually became a real video game. Funcom and Mighty Kingdom developed this top down game built around the Conan the Barbarian storyline and gamers fell in love with its action-packed quirkiness and humorous style.  It will be widely available on PS4, Switch, Xbox One, and PC.

This is already one of the most-talked-about games of the year. Outer Worlds won best original game at this year’s E3 convention and has been riding high on the hype train ever since. It’s an indie title that shares its release date with none other than Call of Duty: Modern Warfare. Outer Worlds is an RPG game that teeters on the verge of absurdity with a mix of space opera and western cowboy hijinks. It’s coming to PC, PS4, and Xbox One.

Watching animals do their business might not seem like an obviously enjoyable pastime. Yet, Frontier Developments, the makers of Planet Zoo are betting that you’ll learn to like it.

Planet Zoo promises to be the ultimate park simulator with detailed habitats, intelligent creatures and loads of micro-management tasks to keep you busy. For now, Planet Zoo is only available on the PC and you can pre-order the title on Steam.

Death Stranding is the latest role play adventure game that will feature a cast of well-known actors and Hollywood heavy hitters. Norman Reedus, Mads Mikkelsen and Guillermo del Toro should propel this title into the stratosphere of immersive narratives and don’t blink cut scenes.

Just take a look at the cinematic trailer. It remains to be seen whether actual gameplay will match the drama, but this game is sure to be entertaining. It’s got the make of Metal Gear Solid, Hideo Kojima, at the helm. Grab it on Playstation 4 only. It’s an exclusive.

So far, EA Games has cloaked their latest Star Wars action adventure in an impenetrable cloud of mystery. Yet, it is still one of the hottest new games of the year. The trailer features a young padawan Cal Kestis displaying some serious light saber skills and that’s about it.

We do know that the plot will fall behind Rogue One: A Star Wars Story and some familiar faces from that movie will make a couple of cameos. Jedi powers and strategy will affect your gameplay, but hopefully EA Games will show a bit more in coming months. Fallen Order will be widely available on PC, Xbox One, and PS4.

This first-person shooter sequel picks up right where the 2016 Doom left off. Bethesda isn’t just kicking the can down the road with this one. You can expect an updated multiplayer mode, new characters, new weapons, and more strategy.

Bethesda has taken a stake in the console vs. streaming war with their latest game because Doom Eternal will be available on Google’s Stadia service as well as all the other major consoles – Switch, PC, PS4, and Xbox One.

The Final Fantasy VII remake was the winner of this year’s E3 Best Console Game award. It’s the Toyota Supra of video games because it’s been rumored for years and fans of the franchise have demanded it.

So, clear your calendar and stock up on supplies because the Final Fantasy VII remake will pack in more content and take the storyline deeper than its 1997 predecessor. Square Enix has revamped the familiar characters with new motion capture techniques and tweaked the combat style with a new Tactical Mode.

Initially, the Final Fantasy VII remake will be a Playstation 4 exclusive, but it could show up on Xbox, PC and next generation consoles later.

This is one of the most hyped, most talked-about games of the year by far. The anticipation for Cyberpunk 2077 reached a fever pitch when Keanu Reeves showed up to the E3 convention announcing that he would have a role in the upcoming open world role-playing game from CD Projekt.

This game is so exciting because it’s like Grand Theft Auto and Blade Runner had a kid and you get to babysit. Futuristic weapons, an open world cyberpunk city, body modification, the reasons to buy this game go on and on. Check out the cinematic trailer starring Keanu Reeves.

Too Many to Name

There are some great games that didn’t make this list. Frankly, there’s just too many to name. There’s Call of Duty: Modern Warfare, Shenmue 3, and Borderlands 3. The good news is that you won’t run out of exciting and interesting games to play in 2019.

Is there a new game that didn’t make the list? We’d love to know what video games you’re anxiously waiting to play later this year.

Hit us up in the comments and be sure to share this list with your battle buddies.

What's the future of gaming hold?

Why board games can make someone fall in love