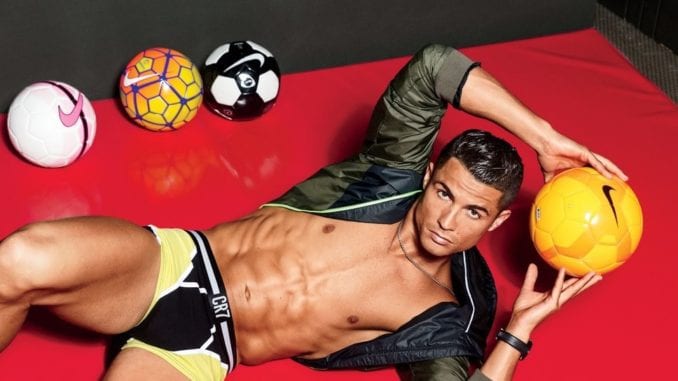 Cristiano Ronaldo, the 32-year old sexy Portuguese soccer player who plays the position of Forward for  Real Madrid was charged with not paying a whopping $16.5 million dollar in taxes as part of a fraud case alleged by the Spanish government.

Per a report on NBC News, Madrid's regional state prosecutor says the tax issues run from 2011-2014 and stated Ronaldo “took advantage of a business structure created in 2010 to hide from fiscal authorities income generated in Spain from image rights.”

Allegedly, the hunky Ronaldo used a shell company located in the Virgin Islands to “create a screen in order to hide his total income from Spain's Tax Office.”

The prosecutor goes on to state that Ronaldo “intentionally” did not reveal income of $31.8 million earned from the sale of image rights from 2015-20 to another company located in Spain.

Just relax and enjoy the view🏡👌

But there is more…

The prosecutor also accused Ronaldo of declaring $12.8 million earned from 2011-14 in a tax returns filed in 2014; a time when the prosecutor said Ronaldo's true income during that period was almost $48 million.

More from the NBC report:

Barcelona forward Lionel Messi was convicted of tax fraud for unpaid income from image rights last year, but he is not expected to serve prison time since it was his first offense.

On Tuesday, the state prosecutor cited the verdict against Messi as precedent for the case against Ronaldo.”

This is not the first time the star player has been accused of tax related fraud. In 2016, it was suggested by a German MEP that he was using an Irish company to dump money, thereby avoiding higher taxes in Spain.