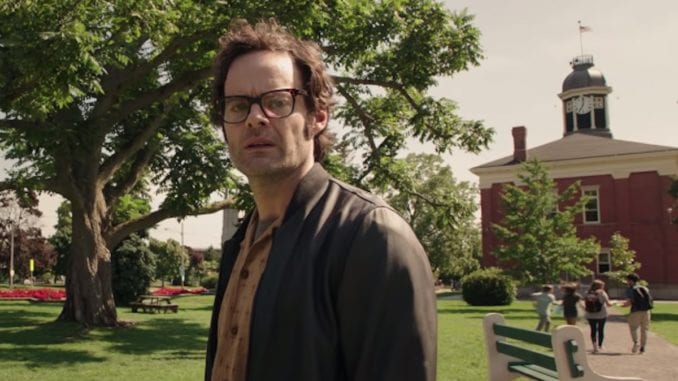 It: Chapter Two is dropping in United States theaters, and that means its time for its actors to do the rounds and talk about their lives and careers.

But so much goes on with the life and career of an actor. Sometimes, it’s hard to keep up with it all and not get stressed. Imagine having to go around and be interviewed by complete strangers. Imagine having to be asked incredibly personal and intrusive questions about your life. And sometimes, you have a camera shoved in your face to boot! That’s the perfect recipe for a lot of stress and anxiety.

And funny enough, anxiety is something that we all get. While we don’t all have cameras on us for a majority of our day, all men deal with different levels of anxiety. And many men out there deal with anxiety disorders. There are multiple signs and symptoms for anxiety disorder. From excessive worrying to feeling agitated, restlessness, fatigue, difficulty concentrating, irritability, tense muscles, trouble falling asleep and staying asleep, and panic attacks.

But if 40 million adults are having problems with their mental health and specifically anxiety disorders, there’s bound to be some info out there on how to tackle them. Ironically, we return to It: Chapter Two, and specifically actor/comedian Bill Hader, to find some solutions.

‘It doesn’t really go away. You manage it.’ — Bill Hader opened up about the reality of having anxiety and how to deal with it pic.twitter.com/OTWWpTmkZG

Hader is participating in a video campaign with anti-stigma mental health organization Child Mind Institute to discuss how to live with anxiety. Because unfortunately, as Hader sees it, anxiety “never really goes away.” But, there are ways to live with and win over it.

“I've had really bad anxiety my whole life,” he said. “I've dealt with, you know, everything from if I knew there was a big test, to getting on the school bus and doing that by myself, or any of those things… I just didn't think I would be able to do it, and there was always a little voice in my head telling me ‘here's all the things that could go wrong.' And as you get older, that sticks around. And so, when I was, boy, in my mid-30s was when I officially tried to do something about it, because it was affecting my job as a performer on live television. Which is, like, for someone with massive anxiety, that's a crazy job to have. But I loved my job, so I was going to figure out how to deal with this.”

Hader then shares that being comfortable with the fact that he’ll never truly get rid of his anxiety helped him to actually manage it.

“And what helped me was learning that it doesn't really go away. You manage it. And instead of pushing away your anxiety, and I always imagined my anxiety as this little monster that would attack my face or pull at my ears, you know. And instead of pushing that thing away and trying to fight it, I would just go ‘hey, oh hey buddy', like it was a little monkey, and I would just kinda go ‘Ok, sit on my shoulder, let's hang out, let's just chill out, there it is.'… And I wish I had done that when I was younger. I think I would've done better in school, I think I would've done a little better in social situations, and I wouldn't have lived life afraid.”