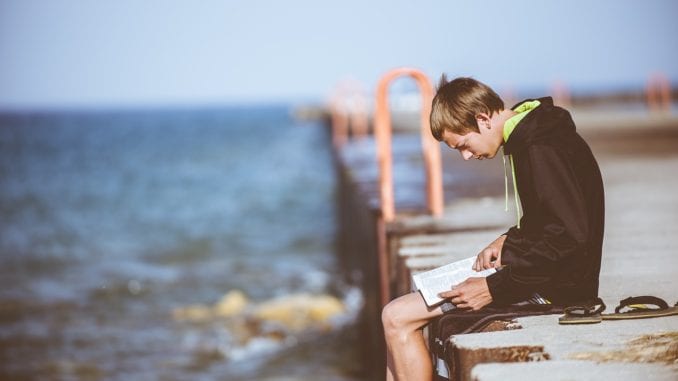 Review of The Complete Book of Five Rings by Miyamoto Musashi; Edited by Kenji Tokitsu

Are there valuable life lessons to be learned from a world-class, legendary samurai who won more than 60 life-or-death duals during Japan’s feudal era? You must go beyond the surface to find out.

Although modern society frowns on meeting your rival at a designated place and time in order to kill one another, during Miyamoto Musashi’s lifetime this was a commonplace practice for warriors. He was perhaps one of the best to ever do it.

He was known for using two swords in battle, wielding them at the same time, one in each hand.

Miyamoto Musashi lived from 1578 to 1645 A.D. in Japan, during a time in which training in the art of the sword was elevated to the level of artistry. At the time of Musashi’s life, there were 3,550 known swordsmiths in Japan.

Feuds between local lords often pit hundreds of warriors in epic battles that required the expert knowledge of measuring opponents and cutting them down with a wide range of weapons, not just samurai swords or katanas.

It was an accepted practice for samurai to challenge one another in personal duals that often resulted in death. This was also the time in Japanese history when samurai were compelled to commit ritualistic suicide when their lord was killed or dishonored.

The original 17th century manuscript was a collection of five scrolls that Musashi wrote just before his death in 1645. After a long life of bad-assery, Musashi decided to retreat from society and he took up residence in a remote cave on Mount Iwato. At this cave, Musashi penned the Book of Five Rings as a master-class on swordsmanship and strategy.

The book detailed the main components of his School of the Two Swords, his ideas about strategy, and his views on other martial art schools at the time. Shortly after it was completed and transmitted to his most-trusted students, The Book of Five Rings became gospel and Musashi died of unknown causes.

This particular book, “The Complete Book of Five Rings” is edited and translated by Kenji Tokitsu. I highly recommend you read this version of the book because Tokitsu is himself a lifelong martial artist and holds a doctorate in Japanese language.

The original text can be interpreted and translated in several different ways, so it’s important to have expert insight and commentary right alongside the original material.

What’s in The Book of Five Rings?

This book is about finding the best way to defeat your opponent. It’s also not about fighting. It’s complicated, but the text comes across in a very concise manner, as you would come to expect from a master swordsman who trained other master swordsmen.

Musashi cut through any superfluities in communicating his techniques, but sometimes he left certain aspects of the scrolls unwritten. He would simply write “You must examine this well.” or “This must be worked out.”

Related: Is “Avengers Infinity Wars” worth streaming on Google Play?

It’s clear that Musashi intended for readers of the scrolls to do some introspection of their own to fully grasp the concepts that he was introducing in The Book of Five Rings.

In general, his approach to life, combat, and strategy centered around taking the initiative. His fighting style was forceful yet straight-forward.

For example, Musashi insisted that there were only a handful of ways to use the sword properly and any other techniques were unnecessary. He believed that one should never get caught on the defensive and even when using a guard position, a warrior should always be thinking about crushing their opponents.

It was also his assertion that one could win any confrontation against any number of foes if that person had a powerful mind that could take the upper hand first.

Musashi’s writing style was elegant and cunning. Often, he employed double meanings that required a pause in reading. I found myself putting the book down every few sentences and staring off into the distance. It was as if the author were addressing me directly.

At times, Miyamoto Musashi eluded to super-natural techniques such as mind control and telekinesis. Could these things really be true? Consider a conflict that Miyamoto Musashi had during his lifetime when he was surrounded by students of a certain kenpo school who were intent on killing him. Reports vary about the number of opponents he faced, from as few as 20 to as many as a 100.

However, Musashi was able to single-handedly defeat all of them and escape with his life.

Another anecdote from Musashi’s life involved a young student who asked for his advice before an upcoming duel for vengeance. Musashi advised the student to use an unorthodox technique and to look for ants on the ground.

If the student found ants on the ground, then Musashi assured him that he would be victorious. The student was indeed victorious against a more powerful foe.

These anecdotes are heavily-steeped in legend regarding the larger-than-life character of Miyamoto Musashi. Yet, that doesn’t make them any less intriguing or fun to read.

The anecdotal stories served to inspire me as I read the book. The techniques on strategy piqued my curiosity. This was a book that echoed with power and potential.

What I Liked about “The Complete Book of Five Rings”

From the start, I liked the fact that this book came down from a real-life samurai warrior. Miyamoto Musashi was a real person who existed during a time that was so dramatically different than our own.

In addition to becoming a master swordsman, he was also a skilled painter and calligrapher. Musashi was an artist in several mediums. So naturally, the Book of Five Rings goes beyond brute combat and touches on the nature of life in a timeless fashion.

Here are some other positive things I liked about “The Complete Book of Five Rings”.

This was a complicated book, even in its simple method of delivery. It’s not a casual read and some of the concepts are esoteric.

Conveying martial arts principles in written form is especially challenging, even for a master practitioner such as Miyamoto Musashi. People who have an aversion to combat or fighting in general might find it irrelevant as a guide on modern day strategy.

There are some other drawbacks to reading this book.

I found The Complete Book of Five Rings to be utterly fascinating and even magical. Perhaps, that’s because I’m a martial artist and I can relate to the teachings of Miyamoto Musashi on that level. I would recommend it as essential reading to anyone who practices in the martial arts.

However, Musashi’s thoughts on mental and spiritual strength are impressive and applicable to nearly anyone today.

His repeated discourse on the importance of taking the initiative seem especially valuable to businessmen and entrepreneurs. As I mentioned earlier, this book is about combat on the surface, but Musashi noted that his true meanings were like tides in the deep waters of an ocean, stirring the water beneath the depths of human perception.

I would put this book on par with other classical Japanese books on strategy like Sun Tzu’s Art of War.

Yet, this book is more personal, more spiritual and deals with one’s unique journey as an aesthetic warrior. By contrast, the Art of War deals with largescale concepts of strategy that take place on a battlefield.

So, please take the opportunity to read “The Complete Book of Five Rings”, but don’t read it without a good translation and commentary.

I began the book by just reading Musashi’s text in the different scrolls but had to start over and read it with commentary to properly grasp the meaning.

The paperback book that I enjoyed is available for about $17 USD on Amazon.

Have you read this book? If so, what were your impressions?