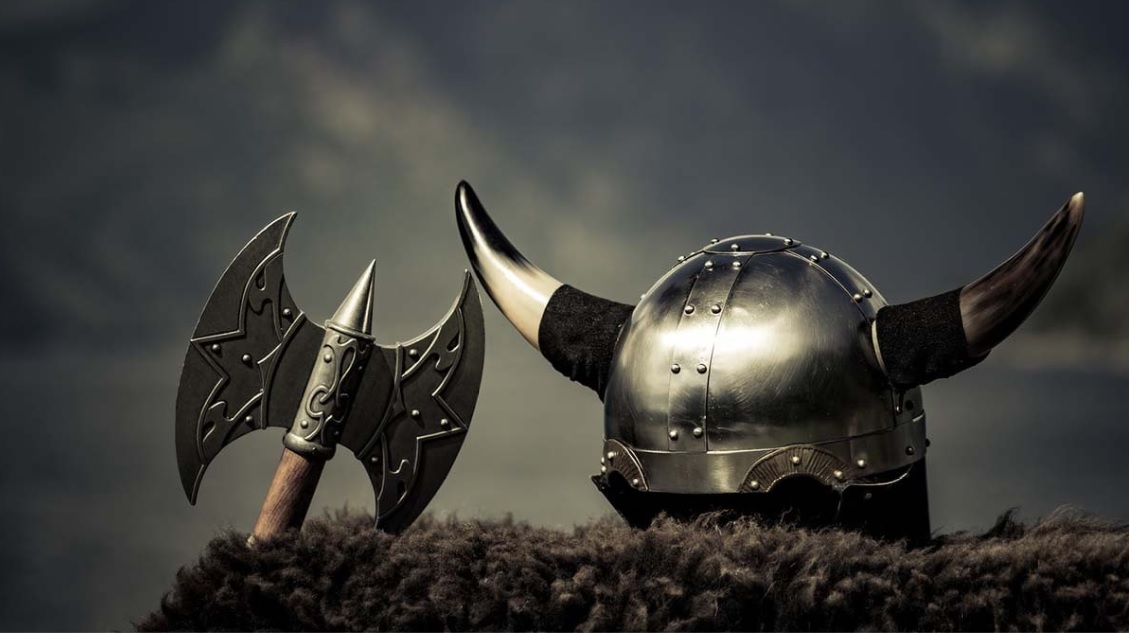 The Nordic Vikings – A Closer Look

Could the ancient Vikings have been gay or even transsexual? That’s the question that Neil Price, professor of archaeology and ancient history at Sweden’s Uppsala University, is daring to pose with his new book “The Children of Ash & Elm: A History of the Vikings”.

Who Were the Vikings?

The Vikings were Norsemen from Scandinavia who raided and pillaged their way onto the pages of history. The Vikings were accomplished sailors and merciless warriors. Between 700 and 1,000 A.D. they spread a wave of terror across central and eastern Europe, reaching as far east as North America.

Vikings are often depicted in pop culture as bearded, burly men who love killing, raping, and ravaging. Yet, new archaeological evidence and a more careful examination of Norse history reveal that these caricatures of Vikings may not be factually accurate.

Vikings and the LGBT Connection?

Professor Neil Price looked closely at a particular Viking grave that was first excavated back in 1889 in Birka, Sweden. The grave contained a Viking warrior with swords, spears and armor. The owner of the grave was at first thought to be a male Viking.

In his book, Price wrote “In a sense it does not really matter whether the person in the Birka grave was a female-bodied warrior woman or not. This person may equally have been transgender, in our terms, or non-binary, or gender fluid.”

Related: Being Gay Was Cool with Nordic Vikings

Is there other evidence to support Professor Price’s theory about the Birka transgender warrior? Well first, it’s important to note that prior to Christianity, the Vikings did have concepts about homosexuality.

There are old Norse words for homosexuality and it’s likely that homosexuality wasn’t a foreign concept at the time. Dominant males engaging in sexual intercourse with other males wasn’t frowned upon, even though every male warrior was expected to marry and have children with female partners.

Furthermore, Norse mythology has certain references to homosexuality and trans-sexual representation. The god Loki was widely believed to be gender-fluid and Odin performed magic spells that were reserved for female mages.

There is a tale about a formidable warrior named Helgi Hundingsbana who disguised himself as a maiden to avoid capture. Other characters of potent sexual power were said to have coupled with all types of men and women.

Related: Muscle Worship Has Been An Ancient Way of Life

When considering the grave of the Viking warrior in Sweden, one might simply argue that this was a shield maiden – a female Viking warrior. However, there is little historical evidence to support the role of females in battle.

Pop culture presents the concept of fierce, Viking female warriors but the historical accuracy is a bit vague. The historian Johannes Skylitzes recorded female warriors with the Varangian Vikings in a battle against the Bulgarians in A.D. 971. Yet, in an Icelandic law book from the same era, women were prohibited from posing and fighting as male warriors.

The DNA evidence presented by Professor Price and others working on the grave in Sweden is the first genetic evidence of a female Viking warrior. Researchers don’t know whether this is a regular occurrence in Viking society or evidence of a clever trans-gender Viking.

If only the Birka warrior had kept a diary we would have more insights into their life. For now, archaeologists will have to keep asking important questions about Viking sexuality. For more information about Viking history, check out “Children of Ash and Elm” by Neil Price.

About George Griefy 33 Articles
George is a freelance journalist based in London with a talent for investigative reporting. He’s fondly known as Griefy in the digital world. He’s quite active on social media and always keeps up with the latest trends. Click on the hyplink to follow him on --> Instagram or --> his website Email him at --> [email protected]
Website Instagram