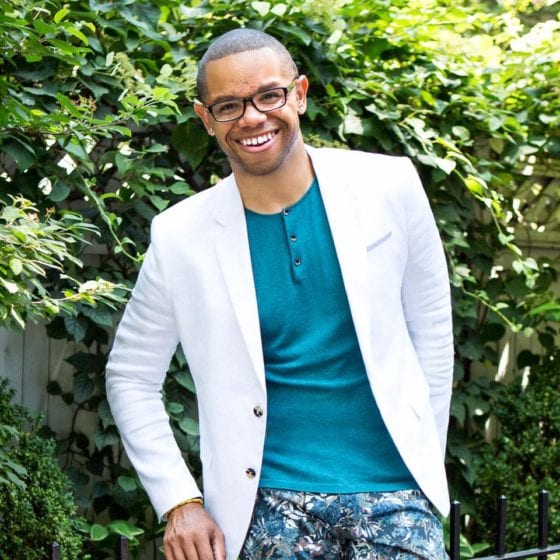 The man who first noticed that Melania Trump plagiarized a portion of her speech at the Republican National Convention is setting off a national firestorm.  His name is Jarrett Hill and he’s a gay interior designer and journalist living in Los Angeles.

As reported by Project Q Atlanta:

“With a tweet – and then a follow up – Jarrett Hill pointed out that a portion of Trump's prime time convention speech on Monday was lifted from one that Michelle Obama delivered to introduce her husband to voters during the Democratic National Convention in 2008.”

As reported in the New York Times:

“Mr. Hill, a television journalist who was recently laid off, said that one of Ms. Trump’s lines — the words “strength of your dreams” — caught his attention as he was watching on his computer from a Starbucks in Los Angeles, juggling Facebook chats and browsing Twitter. He tracked down the clip of Mrs. Obama’s speech online and noticed that parts of the two speeches were nearly the same.”

“I thought, ‘That’s legit plagiarism,’” said Mr. Hill, who described himself as a supporter of President Obama. “‘Someone took this piece and plugged in their own information.’”

Here is the original tweet Hill sent out the night of the cribbing.

Since exposing Melania Trump to the national media, his Twitter account has been the focus of Trump supporters who have taken to the social media site to attack him and presumptive democratic presidential nominee, Hillary Clinton.

Hill has also used his Facebook account to provide updates to followers on the entire scandal., including interviews he has conducted with various media outlets.

Since Melania Trump’s speech was given on Monday night, word has leaked via the New York Times that Mrs. Trump apparently didn’t like the original speech drafted for her by two professional speech writers and instead, decided to craft the speech on her own.

Weeks went by. They heard nothing.

Inside Trump Tower, it turned out, Ms. Trump had decided she was uncomfortable with the text, and began tearing it apart, leaving a small fraction of the original.”