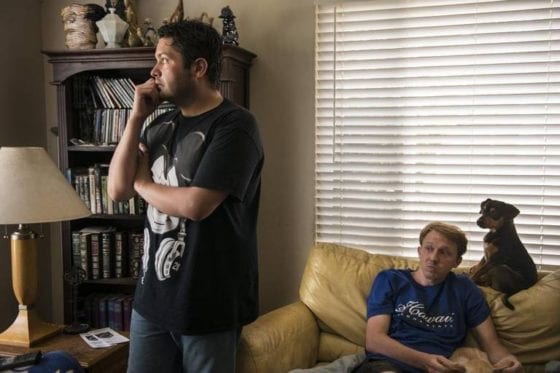 “Choked and beat him until he blacked out”

A gay man with disabilities was apparently group raped by 5 men in a California park as he was filling out an adult coloring book.

As reported in the Sacramento Bee:

“The alleged victim, Steven Greyeyes-Clouse, said he was filling in an adult coloring book at Tahoe Park on Friday afternoon when four men approached and exposed themselves to him.

Greyeyes-Clouse said he tried to get away by fleeing into the bathroom, but an older man followed him in and threatened him with a knife.”

The victim gave a video interview, which can be accessed on this link.

According to the report, all five men then joined in and forced themselves on him, choking and beating him until he blacked out, Greyeyes-Clouse said.

He said his alleged assailants also mocked him for being disabled while attacking him.

The alleged victim has shared he wants to speak out about what happened to help authorities catch his assailants.

Greyeyes-Clouse, 29, revealed his story on Facebook and the social media platform Nextdoor. He said the online support helps strengthen his resolve to speak out.

“Forced themselves on him, choking and beating him”

The reported victim was taken to an area hospital, where he submitted a rape kit test, he said. Police investigators are in the early stages of finding out specifics, said Sacramento police Sgt. Bryce Heinlein. A report has been taken, but hasn’t yet been assigned to a detective, Heinlein said.

“There are very sensitive cases for me to speak on. I can tell you a report was filed and an investigation is underway.” Heinlein said.

More from the Bee:

“I’m doing this so nobody else gets hurt by these same guys,” Greyeyes-Clouse said. “I want to help those who are in need who have been through what I’ve been through.”