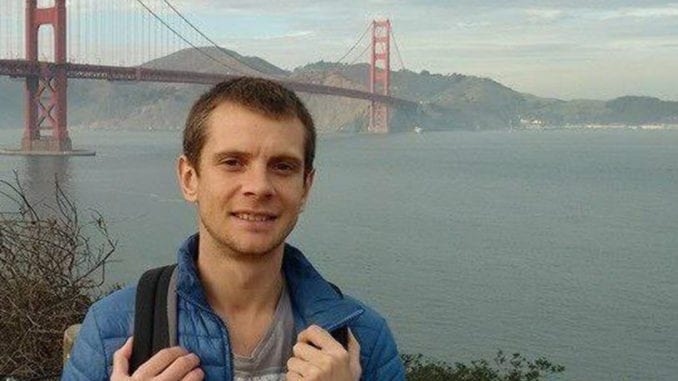 Don’t let the talks of potential bombings from North Korea distract you, the hardcore immigration policies put forth by Trump’s administration are still at work.

Denis Davydov, a 30-year-old gay man from Russia was detained by Customs and Border Protection officers after he returned from a US Virgin Islands trip.

When he came, Davydov had an official tourist visa, but it ended after six-months. From there, he applied for political asylum citing that he was a gay man with HIV from the very homophobic Russia.

It seems that Davydov did everything right and followed the USCIS guidelines, “[He] had a valid employment authorization and A-number, and had no criminal record.” In fact, he was waiting for his asylum interview when he was arrested for a two-month gap between the visa expiration and his application for asylum.

Thing is, that gap period is pretty standard, but it seems like Immigration doesn’t care as they grabbed him back in March, and he’s still in detainment. He even spent his 30th birthday there.

For the month after that, Davydov has been flown to Florida and Miami. Plus, he was switched between being held at Krome Detention Centre in Miami and at the Immigration and Customs Enforcement facility, because CBP, “don’t have detention space.”

The worst part is that Denis Davydov is a gay man with HIV. He needs medical attention.

RUSA LGBT, an activist group that works for Russian-speaking LGBT people, has been working to get Davydov released. And, Sergey Piskunov, a member of the group, has been speaking out on Davydov’s behalf.

Particularly, they are concerned that Davydov isn’t allowed to see a doctor. He’s been able to take his HIV medicine for the past month, but if this goes any longer he could be in danger.

’This is one of the reasons we really want to get him out of there,’ Piskunov said.

And to add to that, it seems that he may have, “developed a fungal infection (possibly thrush) and has not been able to receive medication for it.”

And as if health concerns weren’t enough, lets not forget where Davydov would be heading to if he does get deported.

Russia is extremely homophobic, so odds are that the harassment Davydov has been reportedly getting by the US detainees (being abused and getting homophobic slurs thrown at him), would be nothing compared to the treatment he’d get in Russia.

Frankly, Piskunov is sure that if Davydov returns to Russia he won’t live long at all.

If you want to keep up-to-date with Denis Davydov’s situation and condition, you can head over to this Facebook page. They are releasing regular updates and info on his bond hearing set for May 8th.