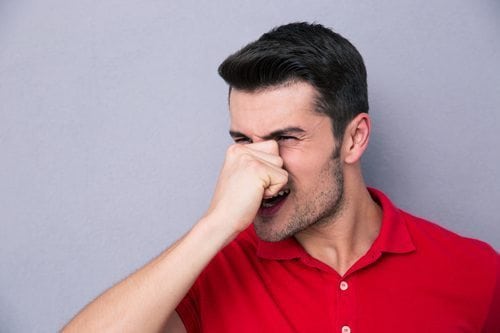 Do you have a gay nose?

According to a new study appearing in the Archives of Sexual Behavior, your nose may be a dead giveaway that your gay. Sound ridiculous? That’s what we thought – until we cracked open the study.

Their findings, published in a report called: Perception of Sexual Orientation from Facial Structure, found that a majority of participants could accurately select sexual orientation based on the shape of the person’s nose.

“During each trial, the computer displayed two faces horizontally, side by side, labeled A (left side) and B (right side): one was a “homosexual” version and the other was a “heterosexual” version, and both derived from the same “neutral” face. A question appeared below the faces: “Which one of these two faces do you think corresponds to a person who is more likely to have a homosexual orientation (A or B)?”

Per the published study:

“The responses that chose the “homosexual” face version were scored as correct.”

We'd love to touch his nose!

Apparently, the research suggests that: “A morphometric analysis based on facial photographs taken from the participants revealed that gay men had relatively wider and shorter faces, more rounded jaws, and smaller and shorter noses, which resulted in a mixture of both feminine and masculine features.”

This wouldn’t be the first scientific study that asked people to identify so called “gay” facial features in others. But we have to admit this one almost takes the cake.

Believe it or not, there was a another study conducted that asked gay men if they could identify  if a guy was “top” or bottom” based on his face pics (See post).  So just for fun, we're going to resurrect a poll from the past.

Can you tell if someone is gay based on their face?