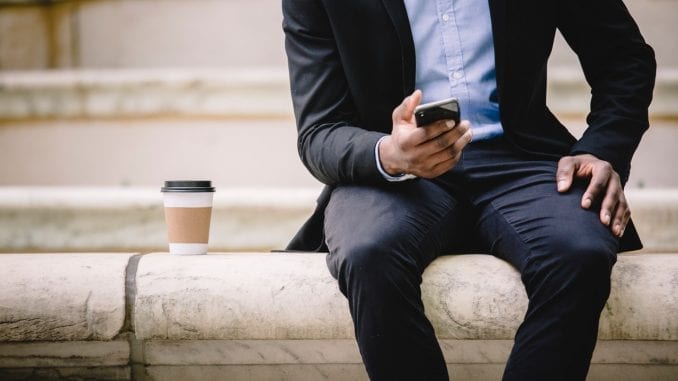 Here’s Why You Shouldn’t Be a Jerk

If you think you need to be a jerk to get ahead in life, then you need to think again. It might have worked for a small percentage of wealthy men, but being cold, aloof, and selfish isn’t a consistent recipe for success.

That’s what the latest research out of the HAAS School of Business in Berkeley reveals. Nice guys don’t finish last. In fact, they inspire others and bring true leadership to their organizations. You don’t have to be a jerk to get ahead in the business world – what a newsflash.

The research was comprehensive and worked across two longitudinal studies that were conducted with MBA undergrads at three different universities. Participants were given personality tests to determine their business mindset. Then, the researchers circled back a decade later to test their performance.

In the first study, there wasn’t a definitive link between disagreeableness and power among the 457 participants. It wasn’t a factor in their success either way. The second study went a bit deeper and determined that there were 4 main ways of getting ahead in business.

These four power characteristics were:

The results were quite surprising.  “I was surprised by the consistency of the findings. No matter the individual or the context, disagreeableness did not give people an advantage in the competition for power — even in more cutthroat, ‘dog-eat-dog’ organizational cultures,” said Berkeley Haas professor Cameron Anderson, who co-authored the study.

People who scored high on disagreeable traits were not more likely to reach higher ranks in their companies. In other words, being a jerk didn’t give them a competitive edge. On the contrary, people who were extroverted and kind were the most likely to get ahead.

How Do People Become Workplace Jerks?

One of the biggest creators of workplace jerks are other successful jerks that fall in the category of mentors or motivators. These are the social media entrepreneurs, gurus, and marketers who bombard young people with the idea that being a jerk helps you get ahead.

Toxic role models don’t uplift others. They create workplace environments that stifle creativity, normalize abuse, and generate toxic cultures that trickle down to others. It might serve the individual, but its poison for the organization.

“Disagreeableness is a relatively stable aspect of personality that involves the tendency to behave in quarrelsome, cold, callous and selfish ways,” the researchers explained. “…Disagreeable people tend to be hostile and abusive to others, deceive and manipulate others for their own gain and ignore others’ concerns or welfare.”

Steve Jobs was a tough manager and many people look up to him as someone that they should emulate to reach the pinnacle of success. Disagreeable bosses are bullish in business and an aspiring CEO might see this behaviour as a sure ticket to the top 1%.

Billionaire Dan Pena is one of those motivational speakers that uses negative motivation. To call him a jerk would be rude, but he certainly advocates being a hard-boiled businessman to reach success. Here’s a sample of his jerkish style.

Dan Pena is oozing with toxic masculinity and he epitomizes the exact character that the Berkeley study suggests is less productive for organizations and businesses. The only problem is that Pena and those like him are at the top of the success ladder. People who aspire to be successful can easily get confused into thinking that this type of personality is the key to victory.

What Personality Traits Get You Ahead in Business?

“My advice to managers would be to pay attention to agreeableness as an important qualification for positions of power and leadership,” Anderson said. “Prior research is clear: Agreeable people in power produce better outcomes.”

Related: Here’s Why You Should Put Your Smartphone Away During Meetings

Other top traits for aspiring managers include creativity, the ability to communicate effectively, and a high level of commitment to the organization. Modeling good behaviour pays out more than mentoring or motivating others with words of perceived wisdom.

“The bad news here is that organizations do place disagreeable individuals in charge just as often as agreeable people,” Anderson said. “In other words, they allow jerks to gain power at the same rate as anyone else, even though jerks in power can do serious damage to the organization.”

The takeaway from this study is that you should be careful who you listen to when you’re young and just starting out. There are successful jerks right up there at the top, but there are also open-minded, kind-hearted leaders who can show you a better way.

You can read the full findings of the PNAS research paper here.