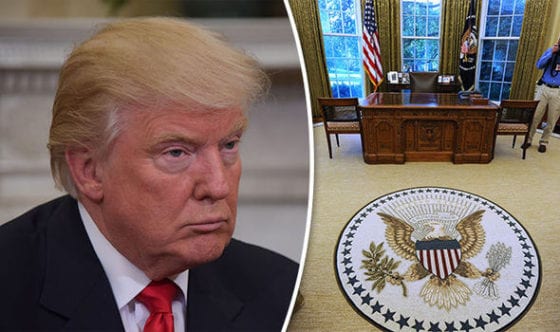 Workplace protections to remain in tact

Following a day of frenzied rumors that Donald Trump was going to nix some workplace protections for lesbian, gay, bisexual and transgender people that were granted under President Obama, the White House released a press release statement vowing no changes would be made in this specific area.

The order from the White House reads:

“President Donald J. Trump is determined to protect the rights of all Americans, including the LGBTQ community. President Trump continues to be respectful and supportive of LGBTQ rights, just as he was throughout the election. The President is proud to have been the first ever GOP nominee to mention the LGBTQ community in his nomination acceptance speech, pledging then to protect the community from violence and oppression. The executive order signed in 2014, which protects employees from anti-LGBTQ workplace discrimination while working for federal contractors, will remain intact at the direction of President Donald J. Trump.”

The stance followed reports that the Trump administration was considering a sharp break with Obama’s policies.

A draft of a potential executive order that began circulating in Washington over the weekend that would overturn then President Obama’s directive barring discrimination on the basis of sexual orientation and gender identity in the federal workforce and by federal contractors.

But individuals familiar with deliberations within the White House, who spoke on the condition of anonymity because no final decision has been made, said that the details of the policy remain in flux and that it is far from certain President Trump would ultimately issue such an order.

It’s still unclear whether any kind of LGBT-related order will emerge, or if another order might emerge regarding “religious freedom”, often used by conservatives as a license to discriminate against LGBT people.

Leaving those protections, of course, does not preclude another executive order that would roll back gay rights in other areas. Mr. Trump could, for example, still enshrine a religious freedom provision in federal policy.

Gay rights advocates seemed unimpressed. Chad Griffin, president of the Human Rights Campaign, said Mr. Trump was setting a low bar by claiming credit for not overturning the actions of his predecessor.

“L.G.B.T.Q. refugees, immigrants, Muslims and women are scared today, and with good reason,” Mr. Griffin said. “Donald Trump has done nothing but undermine equality since he set foot in the White House.”

While this certainly is welcome news, there remains a host of other concerns for LGBTQ people and their allies. Remember, Mr. Trump has promised to sign the First Amendment Defense Act, which is being reintroduced and pushed by Republican sponsors in Congress, in his first 100 days.

The outrageous “religious freedom” bill would protect businesses from action by the federal government should they chose to discriminate against LGBTQ persons based on religious beliefs. More here from Towleroad.

Human Rights Campaign, a strong critic of the Trump administration, said it isn't convinced of the president's commitment to LGBTQ rights. HRC President Chad Griffin said Trump “has left the key question unanswered — will he commit to opposing any executive actions that allow government employees, taxpayer-funded organizations or even companies to discriminate?”