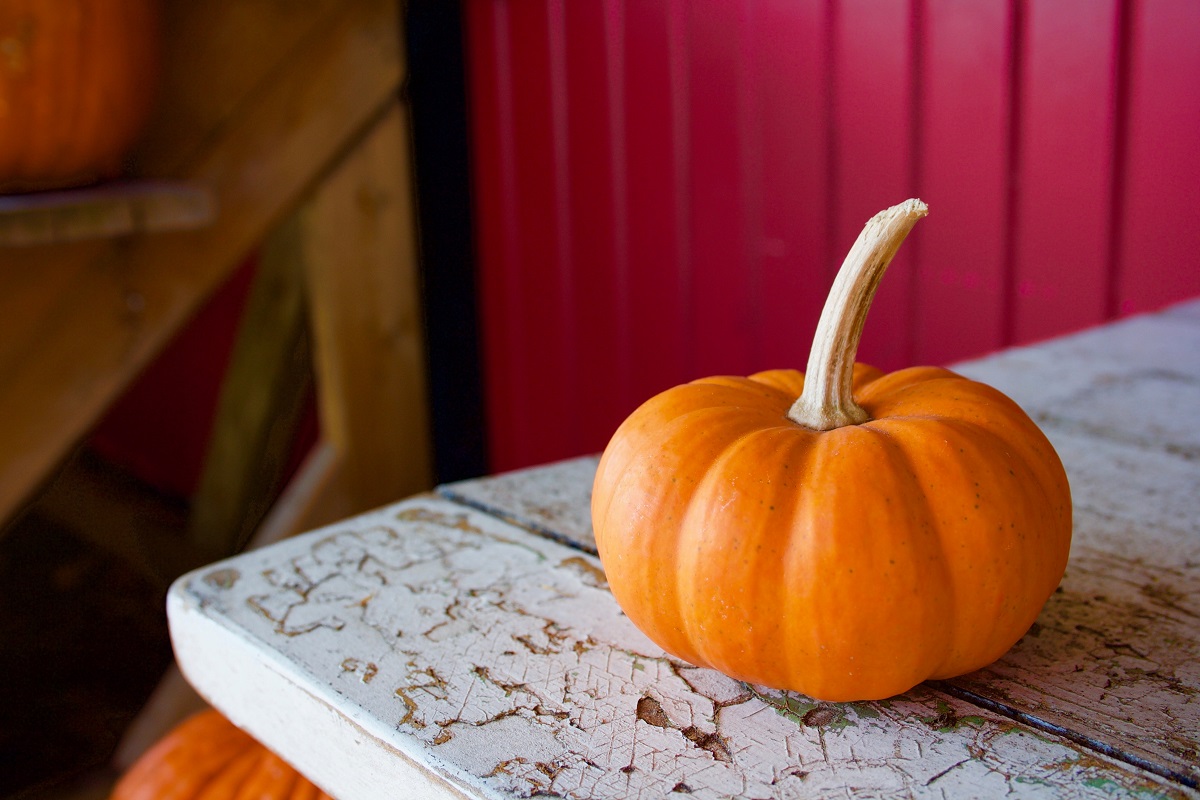 Fall is just around the corner, but many are already jumping ahead to the next season on the horizon. Despite fall not starting until September 23rd, there are plenty of people already getting excited for the season of scarves, Halloween, and orange leaves.

Just within the past two days, I’ve personally seen Starbucks promote a live video in which it celebrated the arrival of its fall flavors, Facebook posts about Halloween time, and jokes from friends about the cooling weather. But with the incoming arrival of pumpkin spice lattes, sweet potato pies, and light jackets, we should talk about all the different types of pumpkin products that will take over our taste buds.

It seems that pumpkin has become the official flavor of fall. The vegetable is in our pies, or lattes, or tarts, and anything else we can imagine. But is the stuff actually good for us? Turns out, yes it is. Here are a few surprising and fun health benefits to help you excuse all the pumpkin assorted eating you’re about to do this coming fall season.

You know that old wives tale of eating carrots to protect your eyesight? Well, the same can be said for pumpkins. Pumpkins are full of vitamin A. In fact, a cup of cooked, mashed pumpkin contains more than 200 percent of your recommended daily intake of vitamin A. This is good as a vitamin deficiency is a very common cause of blindness in old age.

In addition, pumpkins are rich in carotenoids. These compounds, including beta-carotene, are what give pumpkins their orange color. Then, a 2014 study found that higher intakes of pumpkins, and the beta-carotene within them, help to lower the risk of cataracts which are a common cause of blindness. 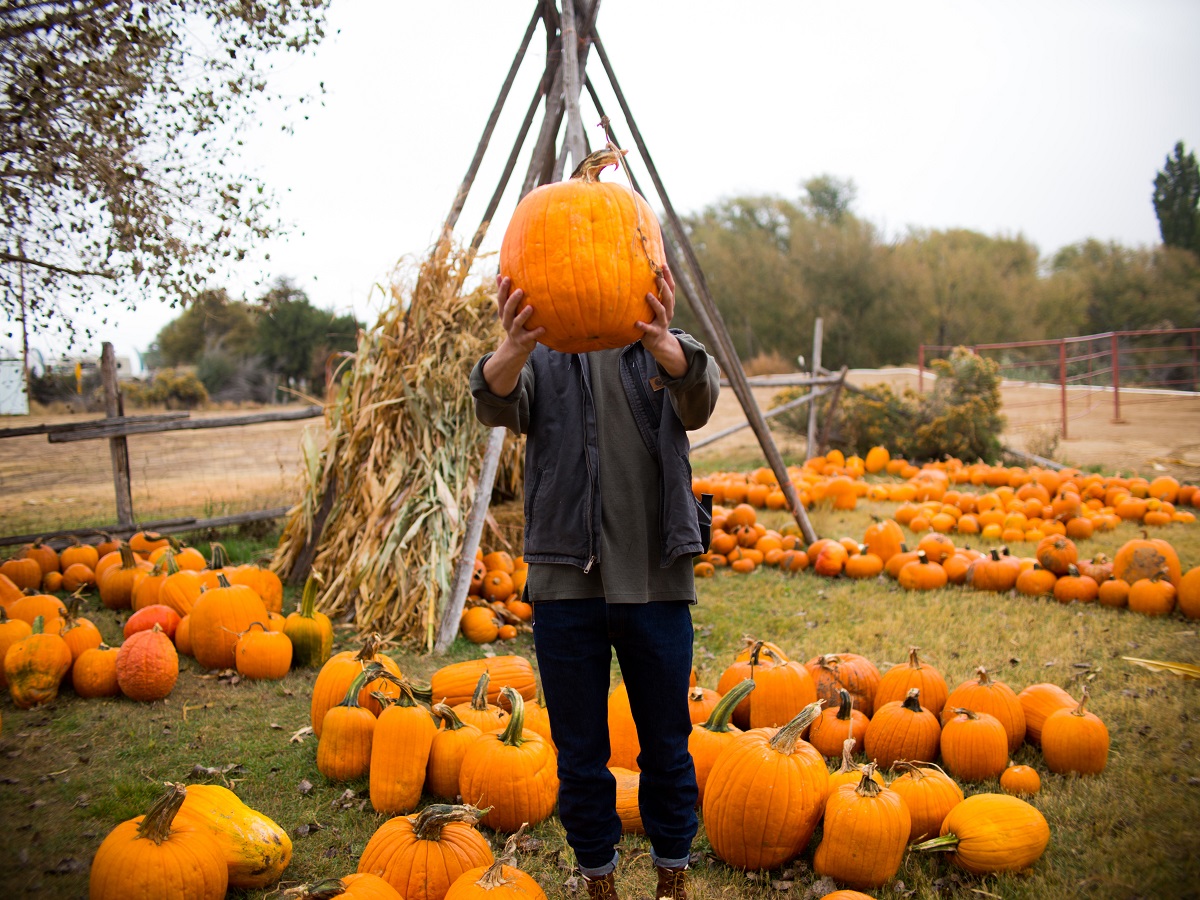 Related: The Paleo “Caveman” Diet Is Bad For Your Gut, Says Study

But the flesh within a pumpkin isn’t the only healthy part of the vegetable. The seeds are also edible and beneficial to our health.

If you eat the seeds of pumpkins, you’ll get a great helping of phytosterols. These plant based chemicals can reduce LDL or “bad” cholesterol within the body. These ultimately affect the heart.

That said, eating pumpkin seeds doesn’t affect only the heart. Eating the nutrients in pumpkin seeds can also help improve the bladder, according to a study by the Department of Medical Management and Informatics at Hokkaido Information University.

3. A Boost To Your Immunity

Your immune system also receives a boost from eating pumpkins. Again, the vitamin A from a pumpkin’s beta-carotene will benefit people. But also, the vitamin C received from the vegetable will help. According to a study by the University of Otago, Vitamin C is shown to increase white blood cell production. This ultimately helps cells related to your immune system work more effectively and make wounds heal faster. 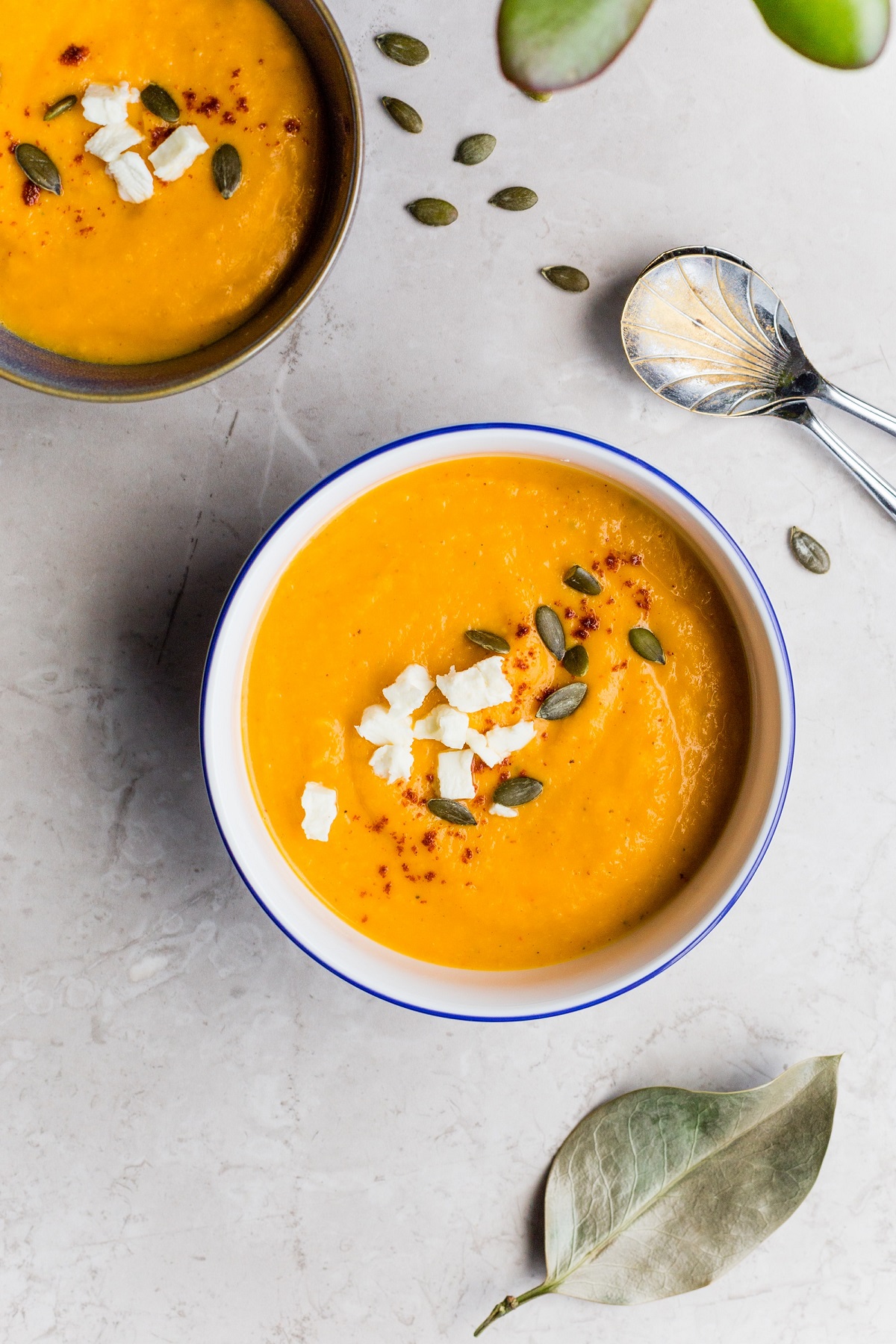 4. It Protects Your Skin

Even your skin can be helped after eating a few bites of pumpkin. And the reason is, once again, the beta-carotene found in the ingredient. Thanks to the beta-carotene, pumpkin eaters can be protected from the sun’s UV rays. This ultimately means pumpkin eaters get a natural resource for keeping their skin wrinkle free. Of course, it’s not a miracle worker so regular skin care is necessary on top of digesting the vegetable.

5. It Helps With Weight Loss

But pumpkin isn’t just a healthy food, it’s a low calorie one too. The vegetable is low in calories despite packing a punch with nutrients. In fact, the average pumpkin has about 50 calories per cup (or 245 grams). On top of that, it has about a 94 percentage of water. Thanks to this, pumpkin is a great source of fiber when on a diet or seeking to lose weight. It has less calories than rice or potatoes while still being full of the good stuff. 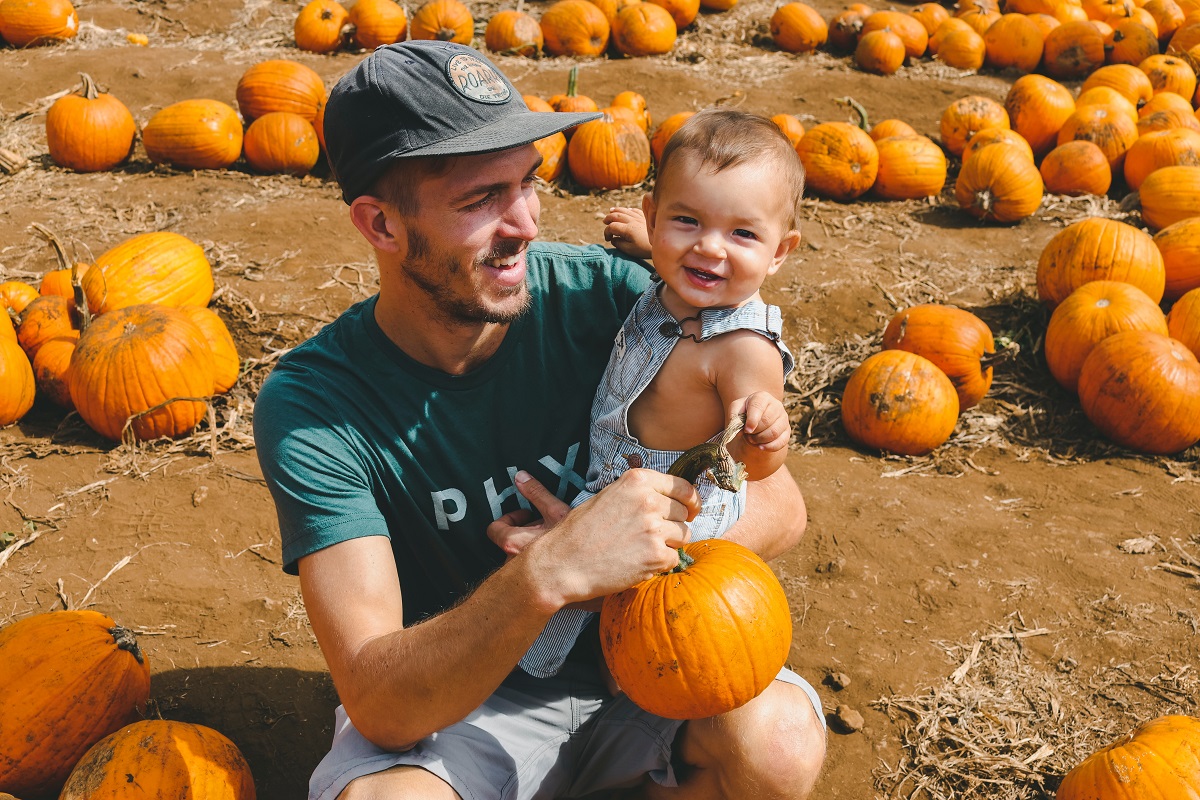 6. If Can (Maybe) Reduce Cancer Risk

Even more surprising, pumpkins can help fight off cancer. The carotenoids in a pumpkin can fight off free radicals, which are molecules produced by your body’s metabolic process. Excessive amounts of free radicals in your body create a state called oxidative stress, which a study by Tehran University of Medical Sciences has linked to cancer.

Keep in mind, the vegetable isn’t a miracle worker, Don’t start eating a bunch of pumpkins in hopes of being cancer free for the rest of your life. Pumpkins aren’t that powerful. It’s just a factor you can take to help fight off cancer. Not to win the fight alone.

Lastly, eating pumpkins could maybe affect the fight against diabetes as well. Eating pumpkins can reduce blood glucose levels and improve the body’s amount of insulin and tolerance for glucose. That said, more research on this effect is needed before being totally sure. 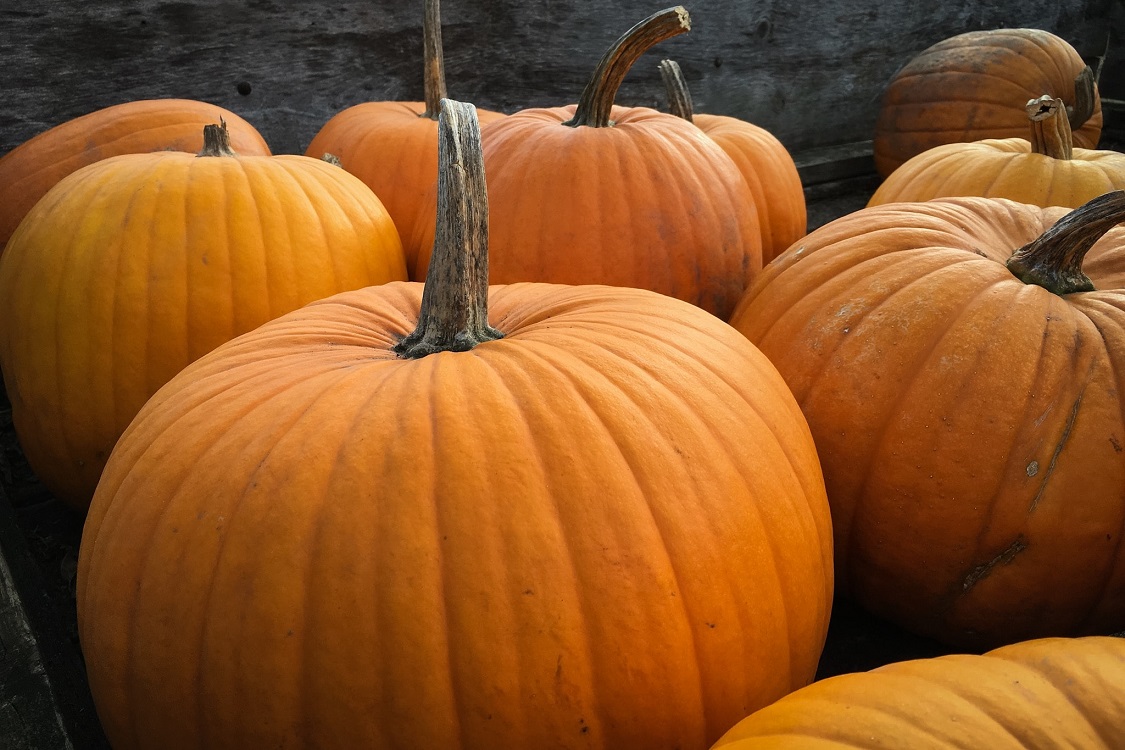 So, it seems like pumpkin season is just around the corner. And that means it’s time to prepare for all the fall flavored treats and eats. And whether you like it or not, pumpkin has become the prime example of fall consumption.

But with all those pumpkin drinks and foods comes a potential chance to better your health. Even if just a little. And all of the above specified effects are just a few of the ways that the pumpkin can do that.