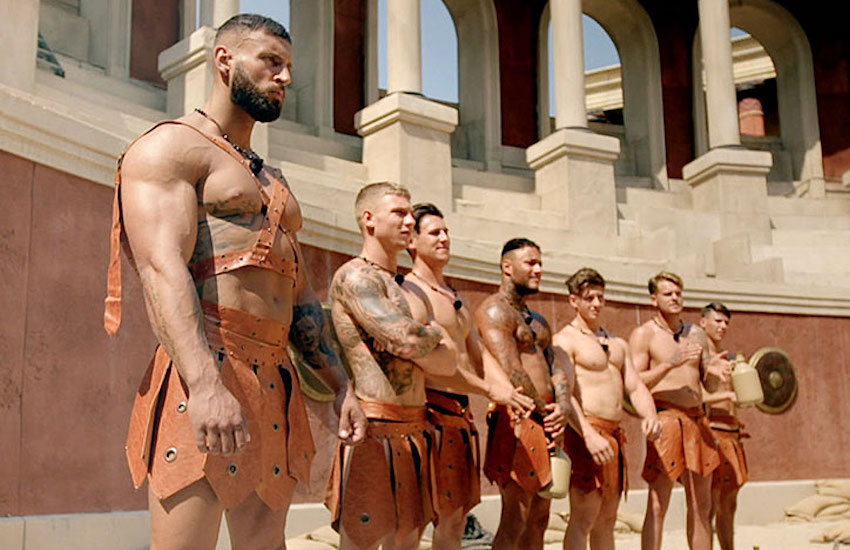 Same sex relations and the gladiators

If you wanted to have gay sex with muscular, defined men in Ancient Rome, your best bet was to become a gladiator.

Bear in mind that during the Roman Empire, which began around 753 B.C. – homosexuality was not viewed in the same manner that it is today.

Instead, same-sex relations were viewed through the lens of passive and submissive, where a premium was placed on men who were dominant.

Most all gladiators were slaves or former condemned prisoners. While the current data is somewhat scattered, published research suggests the average age was around 27.

Because so many of these men were imprisoned by their masters, their ability to engage in sexual relations with women was limited (at best).

In order to have their carnal needs met, gladiators often formed sexual bonds with one another – sometimes even romantic. This was done openly and without shame.

In fact – sexual acts between two men were often seen as signs of masculinity. According to the website, Ancient Origins, men were inculcated to take the “top” position to prove their manhood.

Failure to do so could result in a loss of family stature (see link).

It is worth noting that it wasn’t until 390 AD that homosexuality became outlawed, thanks to Christian emperors. But prior to this time period, the term “homosexual” didn’t exist.

Gay Sex and the Gladiators

So, how did gay sex happen with the gladiators? Well, according to books written by scholars about this topic, it usually occurred in group form.

Specifically, a clad of fighters (let’s say 4-6) would take a recruit into their clutches and group penetrate him. History does not tell us if this was done by force or if it was consensual.

What we do know is that the purpose of sexus coetus [also known as a group bang] the goal was to help the trainee learn how to cope with pain.

In many ways, this behavior mirrored that of the Tirones, the Latin name given to new recruits of the ancient Roman Army. Here, the person would volunteer to be pounded out by as many as 15 men in rapid succession.

As a gladiator, you were required to jackhammer the recruit until you made a deposit. Not doing so could earn you the label of being weak.

Romantic relationships were also part of the mix. In these situations, they were almost always consensual. You have to remember that these men were kept in close quarters, unable to leave the crude, dark cells they were kept in.

Because their lives could end at any moment, it is believed that many took on male lovers to give their realities meaning. This is not to say these men were “gay”.

Instead, it is simply to suggest the labels we use today simply didn’t apply.

Were some of these men bisexual? Possibly. Were they gay? Perhaps. But in the final analysis, it really doesn’t matter. What is important is that 2000 years ago, same-sex relations were normal.

The difference lies in how they were viewed by society.

If you want to learn more about these kinds of topics, be sure to pick up a copy of the book: Ancient Rome and the Construction of Modern Homosexual Identities.