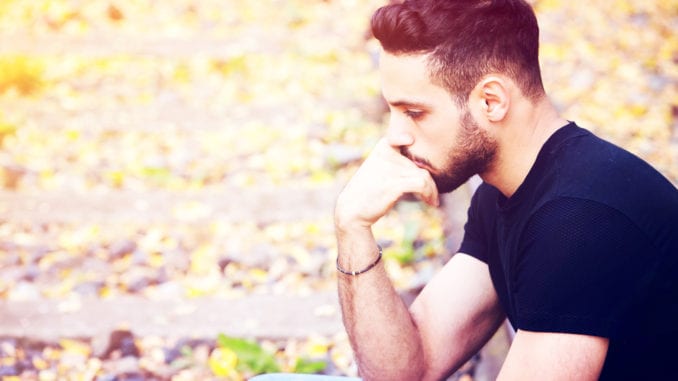 Sleeping with your best friend can have downsides

By Luke in the Midwest

Back when I was in college just a few years ago, I made one of the biggest mistakes I have probably ever made. At the time I thought was a good idea because like most gay men, there’s always that one guy you have a crush on that happens to be straight.

If you’ve ever watched adult video or read gay based fantasy fiction, you’ve likely seen the dynamic where the gay guy parties with the hot straight jock and ultimately has his way with him.

If only those kinds of stories were real. I’m going to share with you what really happened to me and give you the real deal about why hooking up with your straight bestie probably isn’t a good idea – particularly when the two of you are drunk.

At the time, I was in my early 20’s and attending college in Texas for a general business degree. I lived on campus at the dorms and did things most students do – study, sleep and occasionally party.

In my case, I was fairly focused on earning good grades because my ultimate goal was to graduate with a high GPA so that I could get a spot at Wharton Business School.

I had plenty of friends at the time; some happened to be gay and others, straight. One of the straight ones was Dillon, a scruffy faced, athlete from West Texas.

Related: I’ve been sleeping with my roommate during lockdown

We were enrolled in several of the same classes because like me, he too was going for his bachelor’s in business administration. We lived in the same building on campus too – with his dorm being 3 floors up from mine.

As time went on and we got to know one another, I found out that we grew up fairly close to one another and raised with similar “family values.”

I also learned that he used to be his high school’s quarterback and was basically active in a ton of other sports. Essentially, he was a jock of all trades.  In fact, his tuition was being paid for on a sports scholarship.

There’s really no way for me to describe Dillon except to say he looked a lot like Florian Munteanu, minus the tattoos. When I close my eyes, I can still remember his dirty blond hair, deep blue eyes his devilish laugh. “How are you doing today Luke?” he used to say with a deep southern drawl.

And just for the record – I wasn’t some scrawny, ugly thing. While I wasn’t built like him, I held my own in Field and Track and was (and still am) an avid weightlifter.

I bring this up because Dillon used to make remarks about how impressed he was with my physique and how he wished he could more ripped. It was bro talk – trust me – there wasn’t a vibe going on where he was attracted to me.

What can I say – we got sort of close and spent a lot of time together. You know, crap like studying for hours in the library, working out at the campus gym and palling around with our group of friends.

If you haven’t already figured it out, I was in love with Dillon. Seriously, I was. And the closer we became as friends, the more I fell for him. It didn’t matter to me that he had a girlfriend on campus or that he never missed an opportunity to tell me how much he liked shagging her.

So one random Saturday night, the both of us had attended a kegger party at a frat house. We had been to them before, usually with his girlfriend and some buddies in tow. But this particular evening it was just Dillon and me. His other half had been feeling sick and insisted he go anyway with me to have a good time.

And so that’s what we did. We showed up around 9pm at hung out. We saw our friends and hit it hard with beer.

And as usual at these kinds of parties, there are always drinking games with shots. Was it Ping Pong Cups or Mr. Freeze … I don’t recall because it’s a blur.

I do know that by the time 2 am rolled around, both of us were 9-sheets to the wind but Dillon more so than me. I figured it was time to go when he started calling me “Lukie”. That and him getting making the mistake of drunk-texting his mother and thinking it was his girlfriend.

So someone dialed us a cab and we went back to campus. My plan was to drop him off at his room and head back down to mine. Only that’s not what happened.

“Hey – my roommate is away for the weekend.

Can you help me get into my dorm Lukie?”

I had been to his room before, so that part was no big deal. What was a challenge was helping him stay vertical as we walked up the stairwell. He was majorly trashed. So drunk that he couldn’t pick the right key to open his door.

Once we made it to his place, I guided him to him to his bed and basically laid him down. But seconds after I did this, he sat back up and said, “Hey, I’m still dressed – WTF.”

What could I do? I helped him pull off his boots, take off his jacket and left him there with his jeans and Dallas Cowboys shirt on. He managed to partly pull it up above his torso but couldn’t get it all the way off. Yep, I helped him with that too.

So there he is, smashed out of his mind and laying there with a pair blue jeans on, shirtless.

I never told Dillon I was gay but I sensed he always knew. I mean I wasn’t really “out” per se to anyone because hey – it was Texas. Yeah, the gays on campus knew who one another were but all of us were fairly closeted because of the environment.

That’s why I was taken back when he slurred out. “Lukie, you can’t be in love with your best friend.” And then he added, “I know Lukie – I see the way you look at me.”

I think I told him to shut up and pushed him down on the bed. And so there he was, laying on his back, hairy chest and all. He laughed at me and giggled, which made him all the more attractive. 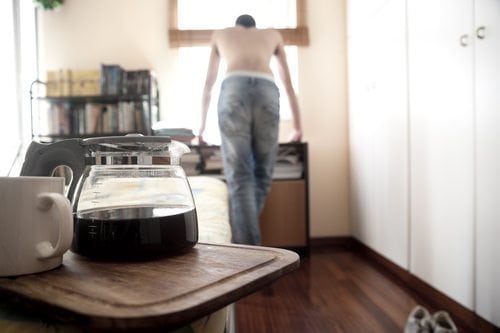 And this is where I made the decision I now regret. I took advantage of the situation big time. I know guys I know – I shouldn’t have done and yes, I was still drunk, but it happened.

The specifics aren’t really important. All I can tell you is that I helped him pull his jeans off and then his boxers. At some point, he guided my head towards his junk. I say guided because it wasn't like he was forcing anything – more like testing the waters.

Now here is the thing. If you have ever gotten with a guy while he was drunk, you know it’s usually semi-firm. This was true for him to keep it real – he didn't have raging wood or anything. Enough though to get him to the point that he could release.

And yeah – I kissed on him a few times while it happened but it wasn’t a full on make-out or anything. It’s not like he was shoving his tongue down my throat or anything. It was drunk kissing – which is sloppy and not very satisfying.

After we finished, Dillon said that the next time, he wanted to try it on me.  Moments later, he passed out. I pulled the sheet over him and exited his room. Not exactly the stuff of fantasies, huh?

The next day, I texted Dillon to see how he was doing. I got back a very short, “Fine” from him. He didn’t ask me how I was doing like he normally did and I could tell something was up. In fact, I knew there had been a serious shift in our friendship.

Don’t get me wrong, we continued to be friends and hang out. It just wasn’t the same. I don’t know how to describe it except to say that he was more distant and less friendly.

And it really hurt when I would call him on the phone and he would tell me that he was busy with his girlfriend. He kept bring her up more and more in fact, which made me wonder if he was using her as a way of disproving what had happened.

I spent one more year in college and graduated with honors – with high enough marks to get me admitted into Wharton. At least that part of the story was positive. Dillon on the other hand didn’t go on to graduate school. Instead, he started working for a tech company in Houston.

And did I mention he’s married now? Yeah, he is because I followed it all on Facebook. Kids too. And no, I wasn’t invited to the wedding.

My sense is that had I not gotten with him, the two of us could have remained good friends for life. We really did have a lot in common and genuinely liked one another. And he obviously knew that I had feelings for him based on what happened in his dorm that night.

So I guess my advice to any of you reading this post who might be harboring fantasies about doing your straight best friend … please don’t. Unless there are special circumstances, it will likely change your friendship forever.

It did mine and I really regret it. Seriously – I do.