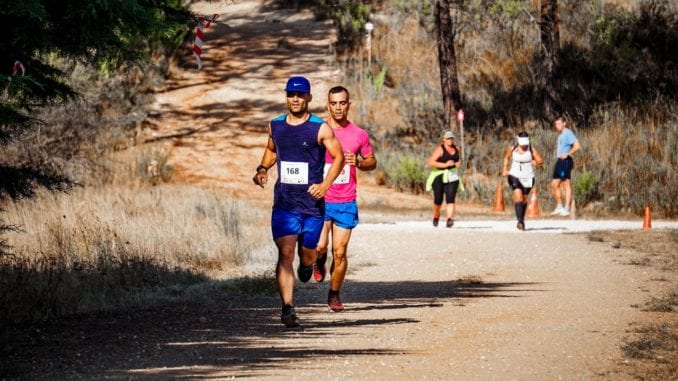 Marathon running and your health

Most marathons are 26.2 miles and can take you through some extreme conditions before you can claim ultimate victory. You might have seen videos of racers getting wobbly legs or broken ankles just before they cross the finish line. Some people have even lost their lives.

It’s a major strain on your body even for highly-trained athletes. So, it’s important to weigh out the risks vs. rewards before you lace-up your shoes.

Let’s take a brief history lesson before we get into the physical and mental demands of running a marathon. It all started around the year 490 B.C. near the town of Marathon in Greece.

According to legend, the fleet-footed warrior Pheidippides ran from Marathon to Sparta in order to seek their help against a formidable Persian army.

A few days later, he ran from a battlefield to inform his fellow Athenians of their critical victory over Persia. Pheidippides ran 26.2 miles in full battle gear in just over 3 hours.

Once he reached Marathon, Pheidippides shouted “Victory!” and promptly died from exhaustion.

That legendary feat of stamina inspired Pierre de Coubertin, founder of the International Olympic Committee, to create a marathon-length race for the 1896 Olympic Games in Athens, Greece.

During the 1980s, marathon racing became big business for sponsors and racers alike.

The first substantial monetary prize was awarded in Portland and over 140,000 runners were competing in marathons worldwide.

First off, in the rewards column for running marathons is the feeling of accomplishment. Just completing a marathon race is an extraordinary personal achievement, but the best runners strive to post record-breaking times.

Many marathon racers compete year after year as a personal quest to better themselves. Marathons function as a type of therapy in this capacity, promoting positive mental health through the successive accomplishments of bettering oneself.

Running releases endorphins that give you a calming effect. You might have heard of this phenomenon being called a “runner’s high”.

An remarkable study published in a 2016 issue of Frontiers in Human Neuroscience found that long-distance runners had enhanced cognitive functions over non-runners.

By scanning the brains of young, competitive runners, the scientists observed greater connectivity in the regions of the brain that facilitate memory.

They concluded that when these runners were on the move, their brains were very cognitively engaged.

Minor Injuries Are the Norm

Marathons are especially rough on your joints. It’s not just the race itself; it’s the extensive amount of training that you must undertake in order to properly prepare for a marathon.

Ankle sprains are common, and so are knee injuries, minor scrapes and bruises from falling also happen during a marathon.

Surprisingly, marathon runners also experience nausea, bloating and fecal incontinence due to the redirection of their blood flow.

A 2013 study published in the International Journal of Sports Physical Therapy followed 662 marathon runners on their journey and found that 62 of the runners sustained an injury.

The study also found that runners who ran less than 30 kilometers a week during training were more likely to have sustained an injury.

During a race, runners typically experience 1200 footfalls per mile with an average force of three times their bodyweight. That repetitive stress can lead to runners losing their form, suffering faulty shoes, getting fatigued and causing their own injury.

To decrease the possibility of injury, you should aim for 180 strides/per minute or more.

This might reduce the amount of forces on your feet due to a shorter stride.

Running in general improves your cardiovascular health. It can drastically reduce your risk for obesity, diabetes, and heart disease. According to a study documented in a University of North Carolina academic journal, men who run have 30% and 45% lower adjusted risks of all-cause cardiovascular mortality.

Marathon running and the intensive training results in increased muscular endurance and a reduced risk for common injuries, such as the casual slip and fall.

Marathoners have stronger bones, ligaments and tendons, as well. You get more oxygen in your blood and more capillaries to distribute blood throughout your body. This increases your stamina.

Also, you won’t be able to keep any excess fat on your body. You’ll burn enough calories to lose weight and keep it off for the long haul.

The very first marathon runner died. There is a genuine risk of fatality in running marathons. You would think that these are the healthiest people on the planet, but even super athletes succumb to running-related fatalities.

Two of the leading killers are dehydration and cardiac arrest.

Since 2014, five people have died during the London Marathon. Dr. Dan Tunstall Pedoe, a former medical director for the London Marathon noted that in his experience there were approximately 1 death for every 80,000 marathon finishers.

The percentage is low, but the danger is real.

Running a marathon is a dangerous undertaking that should only be attempted by healthy athletes who have trained for the event. There are significant benefits from the marathon runner’s lifestyle.

You could experience running euphoria, have a stronger cardiovascular system, and become less prone to injury. Unfortunately, you could also suffer minor injuries and in the worst case, run to your death.

There are plenty of half marathon races around the world that will give you a taste of the full 26-mile experience. So, if you think you’re ready to run a marathon, then run a half marathon instead.

Are you a long-distance runner? We’d love to hear how you train for the big race.