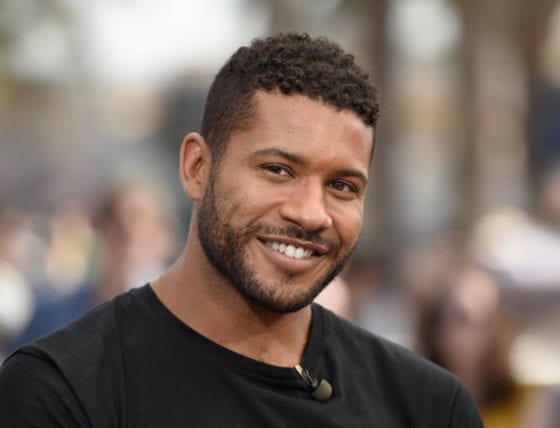 Who is the actor portraying Andre in the new season of AHS?Jeffrey Bowyer-Chapman?

Ryan Murphy has never shied away from depicting LGBTQI storylines in his work, but American Horror Story: Apocalypse might be his gayest season yet.

Few of us can deny how incredibly hot Andre, played by Jeffrey Bowyer-Chapman looks. In the season's first episode, Andre is in agony over the death of his boyfriend, Stu. But we don't want to spoil, so we'll jump straight to reavealing some facts you didn't know about him.

🎶Back In The Day When I Was Young I’m Not A Kid Anymore, But Somedays I Sit And Wish I Was A Kid Again🎶 #tbt #xoJBC 🖤

The handsome Jeffrey Bowyer-Chapman is a Canadian actor and fashion model, best known for appearances in films and television, most notably for his work in UnREAL, Dirty Grandpa (2016), and The Skinny (2012). Jeffrey shares a sensual smooch with another delicious dude in UnREAL, but our favorite place to see Jeffrey get sexy is in the reality series RuPaul’s Drag Race All Stars. He made his onscreen debut in the TV series MTV Select in 2003.

Jeffrey was born in Edmonton, Alberta on October 21, 1984. He was adopted as a one-month old child and carries the family name of both his mother and father's surnames. His biological younger brother is Cleyon Laing, defensive end for the Toronto Argonauts. His biological father is Jamaican.

Coverboy!! Put The Bass In Your Walk 🕺🏽 Check me out on the cover of the latest issue of @inmagazineca & get your copy today!! #xoJBC #INmagazine #Coverboy #CelebrateYourselfLoveEachOther (Link In Bio) 📸X @leonardocorredor

Bowyer-Chapman is openly gay. The Canadian actor and his Irish boyfriend Andrew Fitzsimons are ultimate couple goals. Fitzsimons is a hair stylist to celebrities like the Kardashians and Ashley Graham. The pair have been together since mid-2015 and have been publicly supportive of each other ever since.

The handsome man first came out to his agent when he was 21, not long after he’d started auditioning for parts. “I knew 10 years ago that I primarily wanted to play queer characters,” he said in an interview with OUT. “The few times I played straight it was just so obvious how uncomfortable I was making the producers.”