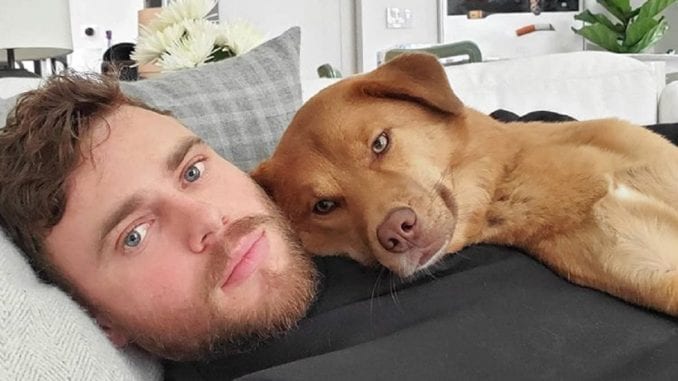 Gus Kenworthy wants to make sure that men are talking about their mental health while social distancing.

Kenworthy is known for being many things. He’s a British-American freestyle skier who won the silver medal at the 2014 Winter Olympics. On top of that, he is a YouTuber and celebrity personality who came out as gay in 2015. Then finally, Kenworthy took a shot at acting by appearing in last year’s American Horror Story: 1984. But possibly one thing about him that should be praised more is his open honesty towards the topic of mental health.

The openly gay Olympian is not that much different than everyone else in the world. He has his moments of self-doubt, anxiety, and depression. In addition, he’s also currently self-isolating in his Los Angeles home. And like many other men out there, Kenworthy says that this COVID-19 crisis has been “really hard” to deal with.

I know I've been MIA for the past month and a half but tbh this whole thing has been really hard on me. I know has been a struggle for most everyone. One thing I've learned is that just because we're in isolation it does NOT mean that we're alone. We really are in this together! If you're struggling w/ depression and you've been feeling down and worthless know that I have been too. In school, in sports and in life I've always hated asking for help because I've wanted to seem strong, brave, tough, self-assured, etc but I've realized that sometimes you just need help and when you do you need to ask for it. It's literally what friends are for. Swallow your pride and text a friend saying "I'm feeling really down, can you talk?" It will help. I'm thankful for my friends and all of you for being my support system; I'm thankful for the people who have used this time to create fun, funny content that has made me laugh and offered levity amidst the darkness; I'm thankful for my health and, most especially, I'm thankful for my family. We had some serious scares this past month and it's put into perspective, more than ever before, the importance of family. My 9-month-old nephew, Bodhi, had a bad cough/ fever and started having trouble breathing. He ended up being flight for life'd to Denver Children's Hospital to be put on a respirator and spent a week in the ICU. Shortly after he returned home my 4-year-old niece, Bobbie, fell ill and had to be rushed to the same hospital to undergo two emergency surgeries. They're both finally home again and recovering! I'm incredibly thankful and forever grateful to our healthcare workers on the front line of this pandemic. I can't show my gratitude enough but, in an effort to help out, I've decided to join Cameo to make personalized videos for anybody who wants one w/ 100% of my proceeds going to #FirstRespondersFirst to raise money for the doctors & nurses risking their lives to save others. If you wanna buy a video there's a link in my bio and I'll match whatever we raise up to $10,000! Thank you all for staying home to help flatten the curve and also for reading my unsolicited novel of a caption. Let's #BeatTheVirus ❤️

In his first Instagram post in six weeks, Kenworthy first apologized for being “MIA.” He then opened up about his own mental health during this unprecedented time. He shared that he’s been struggling with depression and has dealt with major family health scares. Specifically, his 9-year-old nephew and 4-year-old niece were both hospitalized with serious illnesses. But through his personal struggle, Kenworthy was able to recognize that we’re all struggling right now.

“If you’re struggling w/ depression and you’ve been feeling down and worthless know that I have been too,” he wrote on his social media update. “In school, in sports and in life I’ve always hated asking for help because I’ve wanted to seem strong, brave, tough, self-assured, etc., but I’ve realized that sometimes you just need help and when you do you need to ask for it. It’s literally what friends are for. Swallow your pride and text a friend saying ‘I’m feeling really down, can you talk?’ It will help.” 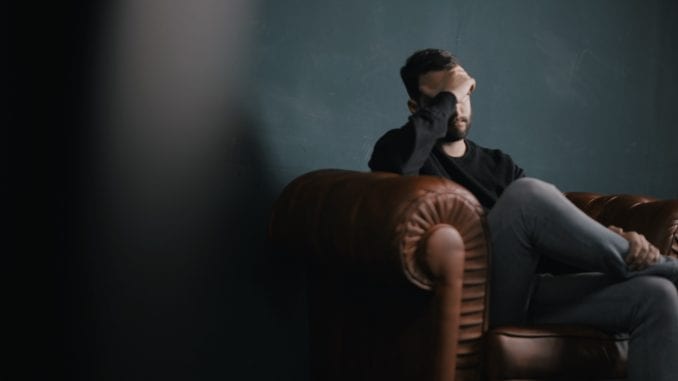 If there’s one lesson that can be learned from Gus Kenworthy’s words and the current pandemic, it’s that communication is key to the human experience. As we are closed off in our homes, the one thing we are craving most is communication. We reach out to friends we normally didn’t talk to in our day to day lives, we find renewed interest in family connections, we scroll through social media, and we find digital ways to communicate such as holding Zoom meetings. But as Kenworthy more specifically shows, we’re finding open communication to be a natural source for fighting off depression.

As the National Institute of Mental Health wrote in the publication Men & Depression, “Depression affects the ability to feel, think, and handle daily activities.” Then the best way to treat depression is to recognize and address those feelings. First, men should do so with friends and family members but then we have the option to seek professional help. With that help, many men with depression receive therapy.

“Therapy helps by teaching new ways of thinking and behaving, and changing habits that may be contributing to the depression,” explains the document. “Therapy can also help men understand and work through difficult situations or relationships that may be causing their depression or making it worse.”

Remember those Zoom sessions explained earlier? Well, there are plenty of people getting therapy through online video sessions now that we are social distancing. But as Kenworthy showed us, what’s most important is that men discuss their feelings (about depression or otherwise). This is a trying time, but we can get through it together. All you need to do is start talking.